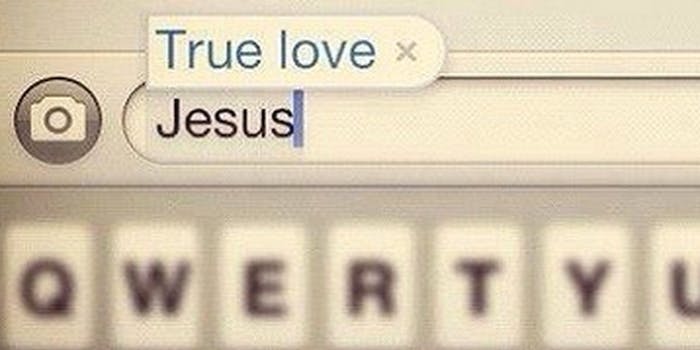 Cell phones are not only allowed at Sunday services, they're encouraged.

A megachurch in Houston, Texas is telling its congregants to keep their cell phones in the on position during Sunday services, and encouraging them to tweet, Facebook, and use other social media apps to spread the good word.

Rector Jim Liberatore of St. Andrew’s Episcopal Church decided to implement the pro-phone policy, citing that social media is heavy influence in his young congregations’ lives and he thinks it’s an idea that Jesus would approve of.

“We have a pretty young congregation—the median age is 33—and so many of them I deal with them on social media as much as I do in presence of them,” said Liberatore to KRLD Radio.

“I just think this is a different way for people to connect with each other, to share their faith—and I think Jesus would make use of it.”

That’s not to mention the free publicity his sermons would be receiving from the flock of updates on multiple social media websites. Liberatore also stated that he thinks Jesus would be on Twitter.

“After all, Jesus told us we need to preach the gospel to all people, and I think if he had an iPhone, he might’ve used technology in his day as well,” said Jeffress.