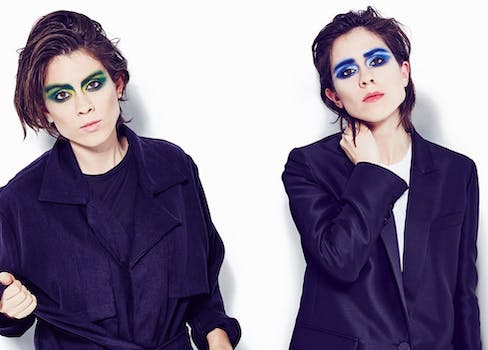 The pop duo wants to fight for justice, healthcare, and representation.

Feminist activists and pop stars Tegan and Sara have launched the Tegan and Sara Foundation, a nonprofit which works for economic health, justice, and representation for LGBTQ girls and women.

In a letter from the duo, they promise to be proactive in the fight against oppression and bigotry.

We will support the work of other organizations who have been fighting for LGBTQ and women’s rights by raising funds and awareness for their initiatives. We will fight against the repressive legislation of the incoming Trump administration. We will fight against regressive homophobic, transphobic, and misogynistic legislation. We will fight for economic, racial and gender justice. We started the Foundation to dismantle the systems of inequity that prevent LGBTQ girls and women from reaching their full potential. Together, we can make a difference.

Details remain murky, however you’re able to donate, connect, and subscribe to get more information.

Welcome to Tegan and Sara Foundation’s official Instagram! We’re a nonprofit organization committed to helping LGBTQ girls and women achieve economic, health and representation equality. The past three months, we’ve been traveling across the US, listening to stories, and learning about the needs of the LGBTQ community. Follow our journey and unite with us to fight for progress, unity, and inclusion. Pictured here: our founders meeting with Governor Kate Brown, the US’ first LGBTQ Governor.

A photo posted by The Tegan and Sara Foundation (@teganandsarafoundation) on Dec 14, 2016 at 6:58pm PST