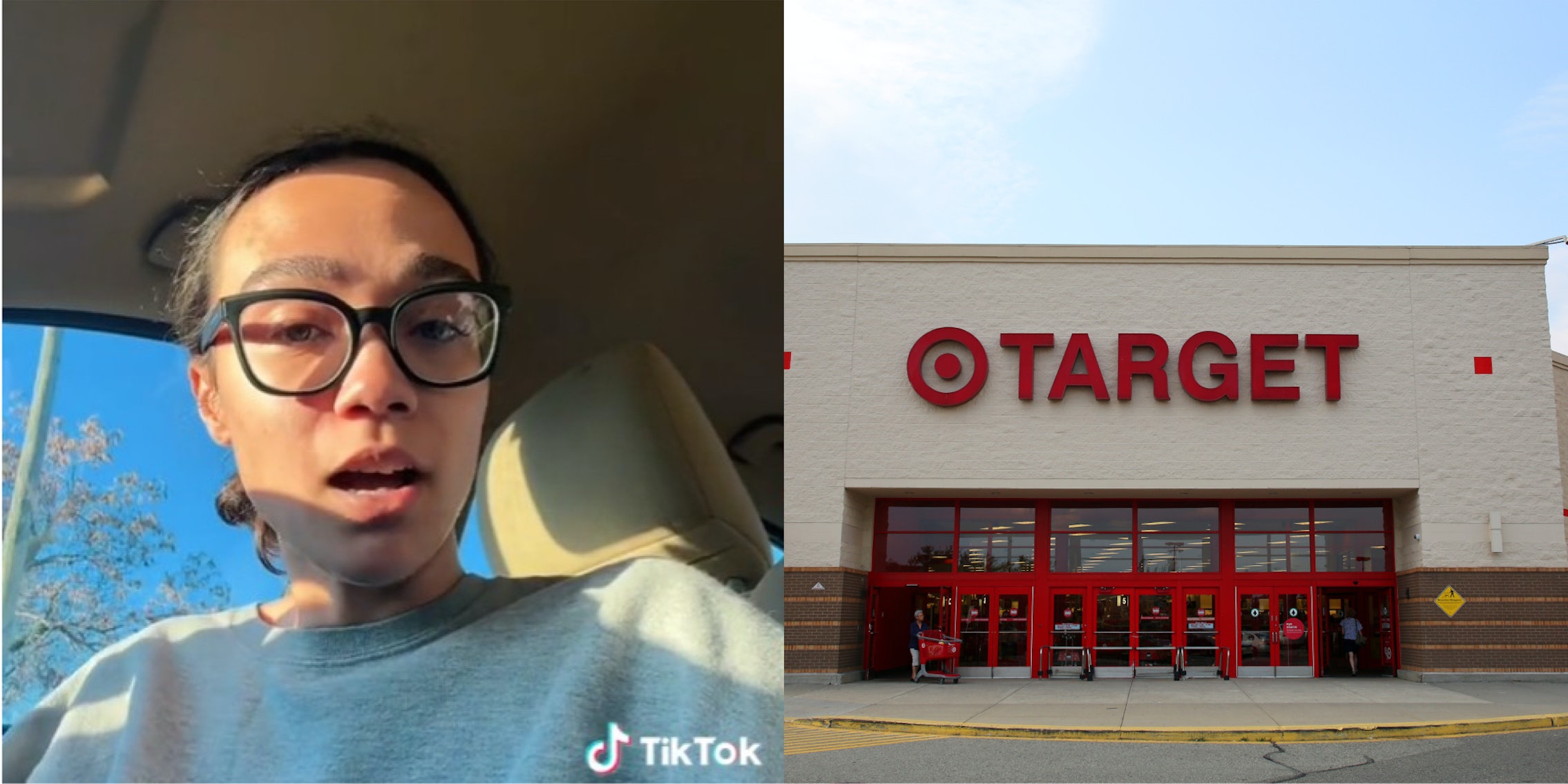 ‘Do you have the money? Can you not pay for it?’: Mom says Target manager humiliated her for using WIC system to pay for items

A young mom and college student by the name of Gia (@gianwillow) went viral on TikTok after sharing an “embarrassing” experience she had at a Target location.

Gia says that she was insulted and bullied for using WIC payments on her groceries and Target app rewards points in order to purchase her child, Willow, a coloring book. When a point-of-sale system error prevented Gia from using her Target store credit points to complete the transaction, she says that two managers got involved and began speaking loudly about the fact that she was on WIC, which refers to the Special Supplemental Nutrition Program for Women, Infants, and Children.

To make matters worse, Gia says she didn’t have another form of payment on her, so she wasn’t able to complete the transaction for the coloring book, and the employees weren’t able to isolate the item and remove it from the transaction entirely.

Gia says at this point the manager’s loud talking is making her uncomfortable as a line begins to form behind her at the register. She says the manager calls over another manager to help out, which ends up making the situation even more “embarrassing..”

“Now this manager comes over and she’s like, ‘honey, you paid with WIC I’m not sure if WIC’s gonna get the money back to you in time I’d have to void the WIC payment, I don’t know, I don’t even know if you’d be able to get your groceries because I don’t know how fast WIC would put the payment back on the card,'” Gia claims the manager told her.

The attitude and questions of the second manager continued to have a negative effect on Gia. “She starts asking, ‘it’s only five dollars can you pay for it? Do you have the money? Can you not pay for it?’ Gia says.

She continues, “So, I’m sitting there frozen, trying not to cry. She ended up voiding it and giving it to me, but basically, she just threw it at me, acting like she was better.”

In a follow-up video, Gia says she felt “belittled” by the second manager’s actions, especially in such a public setting.

“I’m sitting there trying not to cry cause she’s making me feel so small, and I don’t know if it’s because I was using WIC or what,” Gia says. “And I only had WIC and my Target app on me, but yeah, she was basically just really condescending.”

The TikToker says after being asked about five times why she couldn’t just pay for it, the manager inputs their code into the system to take off the amount she owed.

“Just basically rolls her eyes and like throws the bag over to me,” Gia claims.

Gia said that after the other manager wished her a Merry Christmas, she started crying in the store and that she was still emotional after going to her car, where she sat in the parking lot to weep more after her negative experience.

The second video cuts to her at home, where she states that she didn’t know why the manager felt the need to bully her because she was using a WIC card and Target store credit in order to shop at the retailer.

“Like, if we’re being real, I’m only 22, and yeah I’m using a WIC card but you know I’m a year away from medical school and you don’t see me like acting like I’m better than everyone else just because I do plan on being a doctor,” Gia says.

“Yes, there are people who take advantage of the system but you know you shouldn’t just assume everyone who is on it is,” she continues. “…And if we’re really being real, that manager was like fifty years old and managing a Target who is she to judge anyone? But yeah I don’t even think I want to go to that Target again.”

TikTokers who saw Gia’s story were horrified and urged her to write to corporate about the situation, which she says she did. Gia added that in looking up other reviews on that specific store, she saw other complaints about the same manager.

Some users on the platform began sending gifts to Gia and her daughter Willow for the holidays, which the TikToker says she was very grateful for in follow-up videos.

In the comments section of her first gift, Gia did say that the store offered her a $10 gift card for the experience. However, she clarified in a comment that she would return the gift card as it’s “not worth going back” for.

The Daily Dot has reached out to Gia via TikTok comment and Target via email for further information.