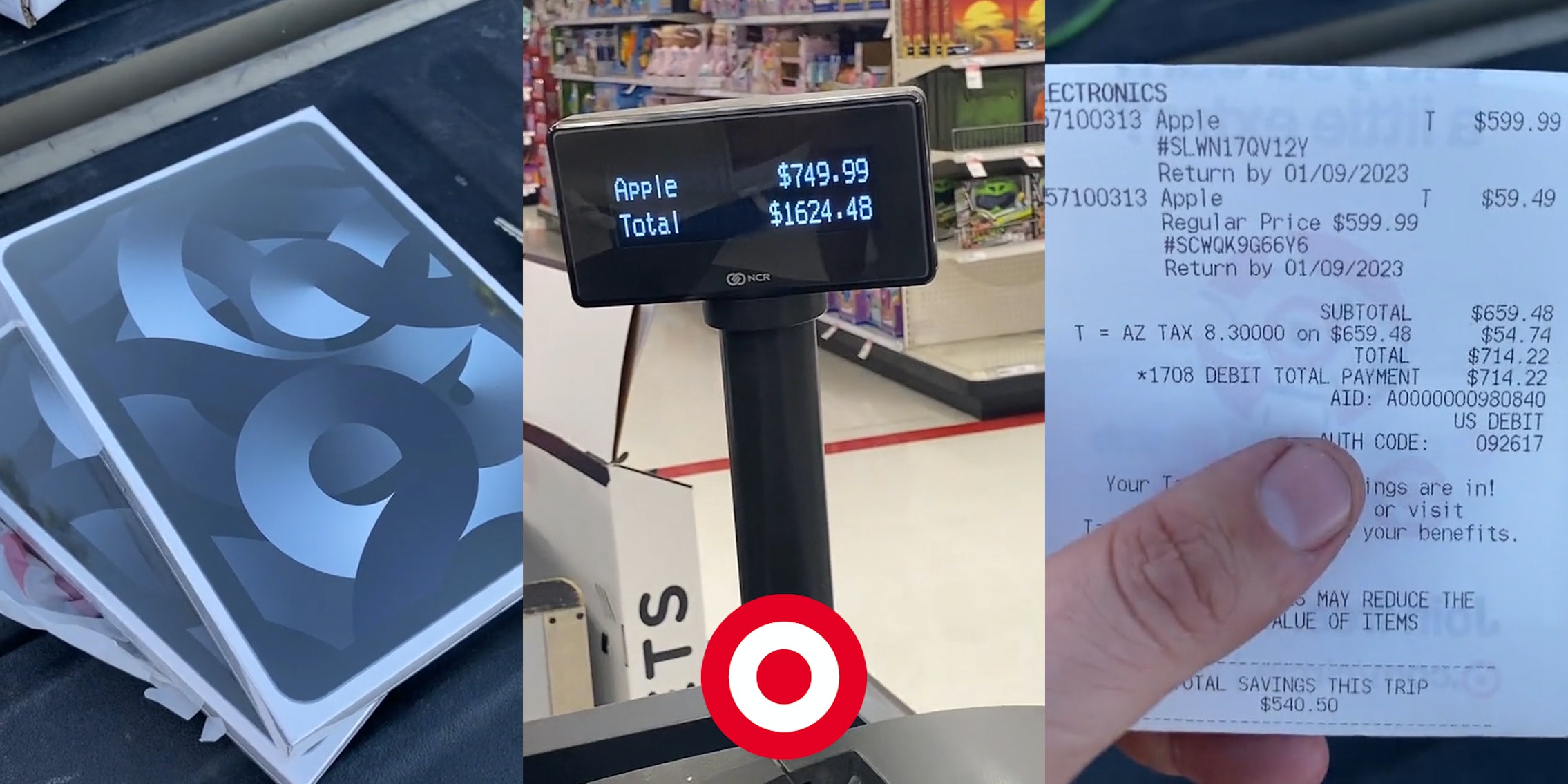 ‘You got lucky they honored it’: TikToker says Target ‘glitched’ and discounted tablet devices for $59

'If you ordered online they canceled them.'

A viral TikToker says Target recently had an “insane glitch” that discounted Tablet devices for $59.

The TikToker (@extremewalmartclearance) has about 915,000 followers and is known for posting about clearance sales at retail stores. The account posted about the alleged Target sale on Tuesday, and it received more than 1 million views by Wednesday.

In the video, the TikToker explains that customers could buy two tablets—one for full price and the second for $59. He says he was supposed to pay $1,624.48 for the two tablets he bought, but he only spent $714.22 thanks to the alleged glitch. He shows his receipt, which has one tablet listed at $599.99 and the second priced at $59.49.

“Now if this isn’t proof enough to show that I got one for $59, I don’t know what is,” the TikToker says.

Viewers told the TikToker how lucky he was to grab the steal while lamenting their own poor luck for not being able to take advantage of the glitch on time.

“These deals always happen when I’m at work,” one viewer commented.

“as a college student, where was this when i needed it,” another user said.

One comment read, “You got lucky they honored it. My target would never.”

Others said their Target locations didn’t honor the deal.

“If you ordered online they canceled them lol,” one user claimed.

“Somebody came to my target and tried it but we have a strict policy of one ipad per person,” another user wrote.

One user alleged that the deal wasn’t actually a glitch. “Not a glitch. I spoke to the store employee and he showed me the Zebra device that is used to scan items and checkout. I got 2 devices for my boys,” they said.

The Daily Dot reached out to the creator via TikTok comment and to Target via email.