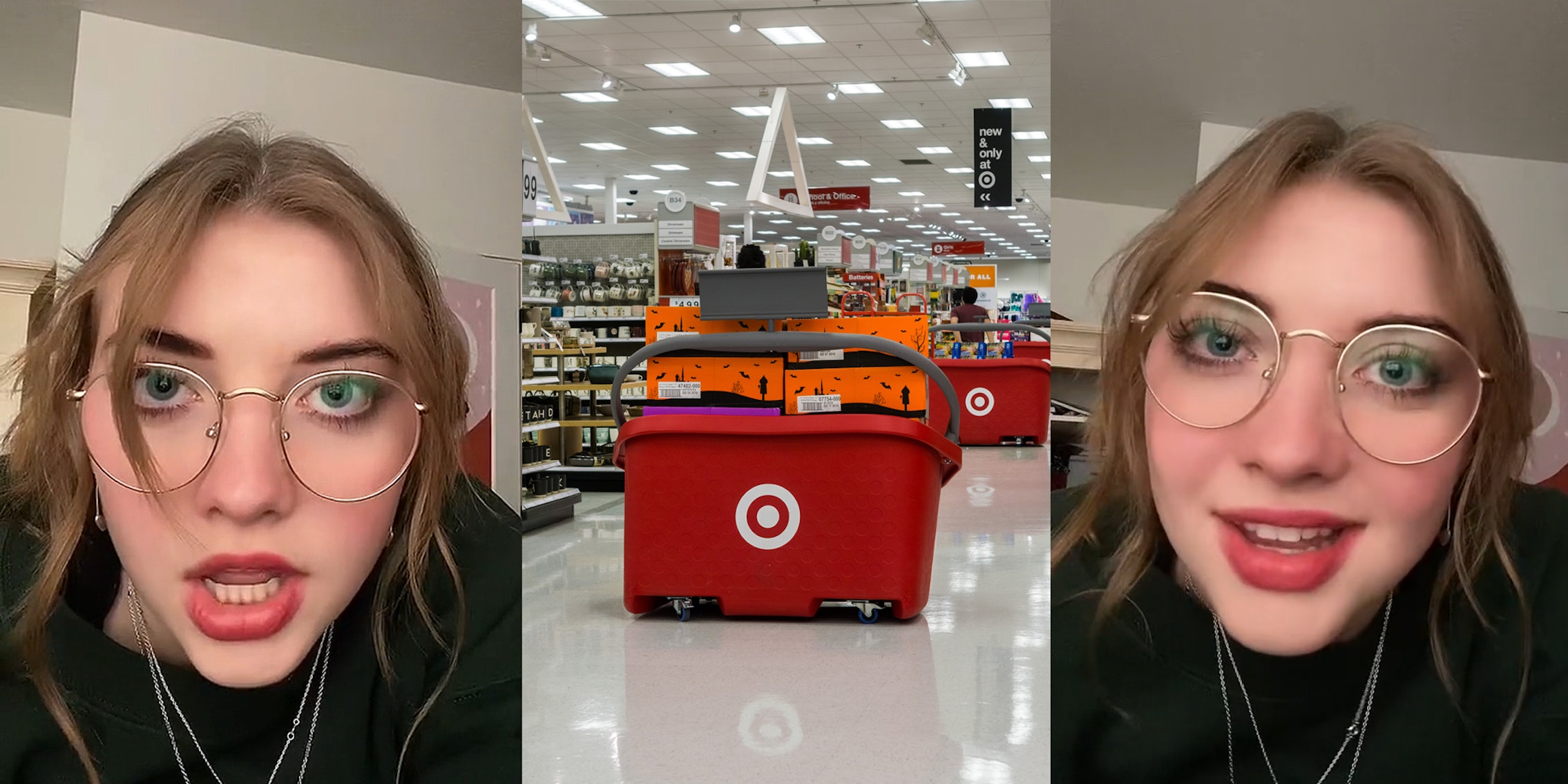 ‘I worked there for a year and encountered every single type of bodily fluid there is’: Target worker shares ‘appalling’ experiences that led her to quit

'I just quit target.. someone peed in one of the litter boxes and brought it up to my register to purchase.'

A former Target employee went viral on TikTok after she recounted horror stories from her time working at the store for three months.

In the video, user Taylor Elise (@_taylor_elise_)  shares with her 23,000 followers her experience working at Target before she decided to quit.

“So, today was my last day of work,” Taylor starts the video, “I worked at Target, and I wanted to highlight a few of my favorite things that happened to me while working at Target.”

Taylor claims she encountered a lot of “bodily fluids” that were “appalling” during her three months. In one example, Taylor says an old woman defecated on herself, causing the entire store to smell like diarrhea. Another time, she alleges that another older woman didn’t want to wait in line for the fitting room, so she decided to undress and try on a bikini in the aisles.

In another incident of bodily fluids, Taylor claims she once found warm breast milk in a bottle while cleaning. She also claims a young child threw up on her co-worker.

The TikToker concludes the video with a story of a teenage boy who tried to follow her into the backroom. Initially, Taylor thought the boy was “pranking her,” but he was actually hitting on her. She says she ran into the backroom, slammed the door, and gave the boy a firm thumbs down through the window.

The video has racked up over 136,000 views since it was posted on Aug. 21, resonating with fellow former Target employees and retail workers.

“I just quit target.. someone peed in one of the litter boxes and brought it up to my register to purchase,” one viewer shared.

“A dog [poop emoji] in our store yesterday. Owner ran out with the dog to avoid cleaning it,” a second commented.

“I worked there for a year and encountered every single type of bodily fluid there is,” a third stated.

The Daily Dot reached out to Taylor Elise via TikTok comment.