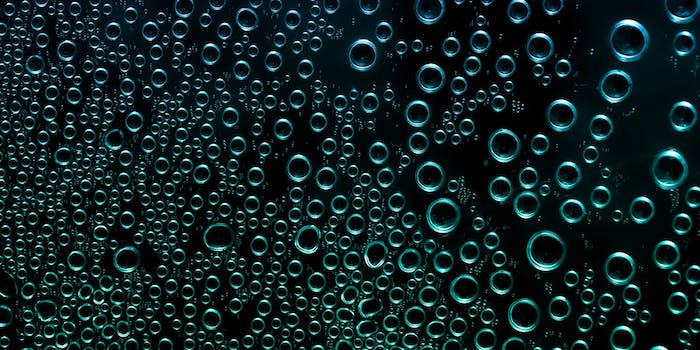 How the Internet brought back Surge

When a bunch of '90s kids determine corporate strategy, the Internet has definitely made it.

It’s not unusual for people to be nostalgic for their youth. Pretty much every generation is nostalgic for their version of the “good old days.” Not necessarily because it was better, but because one’s teens and early twenties are usually the period in which one starts to become a fully actualized human with their own ideas, preferences, and beliefs.

This is when one develops their sense of taste. This is when they determine which bands, for example, are their favorites. This doesn’t mean they will quit searching for and finding new music, but nothing will reach them the way it did when they were young and angsty and still trying to get their hormones under control.

Past generations have always been vocal about how uniquely fantastic their “good old days” were, with the Baby Boomers holding the title of Most Vocal/Obnoxious. But now, a new group of nostalgia-fueled enthusiasts are surpassing the Baby Boomers in their zeal for eras past, and they know how to use the Internet.

The “90’s Kids” are a group of people that were born somewhere in the early ’80s to late ’90s. Sometimes they are referred to as “millenials” or “Generation Y,” but it’s far more accurate to refer to them as “those people who were obsessed with SNICK.”

In the interest of full disclosure, I should probably tell you that I am one of those people. Not only did I watch Are You Afraid of the Dark? every Saturday and Clueless (the TV show) every Friday, I also cried when my Tomagotchi died. And yes, I do feel like maybe my childhood was a little better than the childhoods of those born after 1995.

I am getting nostalgic. We all are. And though I can’t speak to the source of all 90’s Kid-related nostalgia, I think it’s because we’re starting to feel old. Mainly because of things like this:

Besides feeling old, we might also be feeling a little territorial. We remember the beginning of the Internet. We remember not having it and then having it. We weren’t the first people to use the Internet, but we were the first generation to grow up with it.

A child of a friend recently told me that Facebook was “just for olds” and “no longer cool.” Oh, really? If Facebook is no longer cool, then why was a Facebook group of brave ’90s was able to harness its power and bring back one of the best sodas of all time? You can’t Snapchat a soda back into reality, can you? Can you, punk?

We may not be the youngest or hippest part of the Internet anymore, but we know how to use it, and we will continue to use it to relive the glory days, when Surge was widely available and Everquest was not yet bought by Sony.

But all of this nostalgia will eventually cause you to take a look at some hard truths. For instance: Is Surge really that good?

I honestly can’t remember what it tasted like. I remember vague citrus notes, but mostly I remember that the commercial was full of boys that looked like the boys I wanted to go see Titanic with.

Despite not being able to recall whether or not I truly enjoyed drinking the extreme soda that inspired the climbing of couches, I was actually thrilled that Coca-Cola was bringing it back. If Surge is relevant, I might be relevant, too.

This realization has somewhat dampened my initial Surge-related glee.

Do not think that this means that no 90’s products are worth a revival. I’m not saying that Surge doesn’t deserve a comeback. Considering the fact that the only soda I drink is Diet Coke, I am probably the worst possible choice for evaluating its merits. Though popular products are usually popular for a reason (they’re good), this doesn’t mean that every discontinued food or beverage deserved to be discontinued.

Let’s take a look at some of them, on a case by case basis.

Oh man, these were the best. The cookies were alright, but the frosting, with its little rainbow sprinkles was transcendent. But the real draw of the Dunkaroo was control; you had the ultimate say as to how much frosting would accompany each bite of cookie. You could even forgo the frosting altogether, if you so chose. (Note: If you ate these without the frosting, you are probably the mom of a 90’s Kid, not a 90’s Kid yourself.)

Apparently, you can still get them on Amazon, but they are very very expensive.

I used to really miss these, but now I have the Pretzel M&M’s, so I’m all good. Do I wish Crispy M&M’s would make a comeback? Sure, but I wouldn’t sacrifice the pretzel variety for them.

I ate these until my tongue hurt, but I haven’t thought of them in years. As far as sour candy goes, I’m okay with these not returning as long as no one touches my Warheads; I would start a Change.org petition if Warheads were discontinued.

The last thing I need is more Doritos to shove down my throat. I tried these, and they were okay, but I wouldn’t use what meager social media sway I have to bring them back. I’m too busy trying to get Stuart Murdoch to retweet me.

I don’t remember what it tasted like, but I sure miss the name.

Yeah, I’m actually going to start a Facebook group for to bring this stuff back. I look for it every time I go down the cereal aisle at Publix. It’s never there, but I always look.

Ew. No. I’m glad Pepsi Crystal and its ilk (Pepsi Blue) disappeared. The cognitive dissonance brought about by those two soft drinks was up there with that purple ketchup, which didn’t make it on this list because it made me gag once.

I would drink these today if they were still available (but you can make your own!), but I also bought the theme song to Ghostbusters (you know, “Ghostbusters”) on glow-in-the-dark vinyl, so it probably has more to do with Ghostbusters than the flavor of this boxed drink.

These are tricky because I think they were delicious, but it could just be because they were mom’s cookies and I wasn’t supposed to eat them. Nothing is more delicious than the forbidden.

I swear I saw these the other day, but BuzzFeed tells me I couldn’t have. I would not drink these now—so I don’t feel compelled to call for their re-birth—but I wouldn’t mind an updated, boozy version. If you’re going to squeeze a beverage in your mouth in a way that is most undignified, it might as well have ethanol in it.

Those are the top ten that made an impact on me in my formative years, and the only one that I really, truly long to eat again is Rice Crispy Treats cereal. The rest are more comforting that enticing. Knowing that Surge has been gone over a decade is strangely disconcerting, a carbonated memento mori whose return makes me feel more and less relevant at the same time.

While ’90s Kids are still the one of the largest presences on the Internet, we can feel it slipping away. New apps, games, and social networking sites make us feel like the “kids today” are speaking an entirely different language, and adapting is starting to look exhausting.

You know that scene in the first episode of Doug, when he can’t order a hamburger and Skeeter has to do it for him?