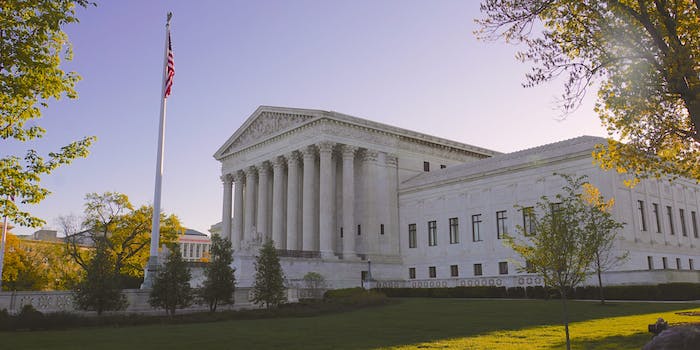 While narrow in scope, this ruling could impact the LGBTQ community in unforeseen ways.

In a 7-2 vote, the Supreme Court sided with a Colorado baker who refused to bake a cake for a gay couple’s wedding ceremony. But the decision’s ramifications leave a quagmire of legal questions for federal, state, and local governments to parse through when it comes to “religious freedom” and LGBTQ rights.

While religious freedom advocates hoped for a resounding victory that gave religious businesses the legal right to deny services to LGBTQ customers, and LGBTQ advocates hoped the case would put an end to discrimination based on sexual orientation, such wide-sweeping stakes were not what the Masterpiece Cakeshop, Ltd. v. Colorado Civil Rights Commission decision was ultimately about.

The case was centered on how Colorado baker Jack Phillips was treated by the Colorado Civil Rights Commission (CCRC), after a charge was filed by gay couple David Mullins and Charlie Craig, alleging that Phillips discriminated against them based on their sexual orientation. On Monday, the Supreme Court ruled that Phillips’ religious convictions against gay marriage should be treated with tolerance and respect by all legal bodies judging discrimination complaints, such as the CCRC.

Justice Anthony Kennedy ruled that when the case was brought to the commission, the governing body’s members criticized Phillips for his religious beliefs, meaning the commission violated “the State’s obligation of religious neutrality” and behaved irresponsibly toward “the delicate question of when the free exercise of his religion must yield to an otherwise valid exercise of state power.”

Therefore, while Kennedy provided little commentary on LGBTQ anti-discrimination ordinances, he concluded that the commission violated the First Amendment’s Free Exercise Clause, which constitutionally protects religious beliefs and their exercise.

“The Commission’s hostility was inconsistent with the First Amendment’s guarantee that our laws be applied in a manner that is neutral toward religion,” Justice Kennedy ruled. “Phillips was entitled to a neutral decision maker who would give full and fair consideration to his religious objection as he sought to assert it in all of the circumstances in which this case was presented, considered, and decided.”

Though separate from the opinion of the Supreme Court, Justice Neil Gorsuch used to opportunity to argue that the First Amendment does protect religious beliefs when goods serve as endorsements of gay marriage. He said that because Phillips did not deny the gay couple a wedding cake on the basis of their sexual orientation in and of itself, but rather because he did so due to a “personal conviction” against gay marriage, the First Amendment protects his right to not create a wedding cake that supports gay marriage.

“The Constitution protects not just popular religious exercises from the condemnation of civil authorities,” Gorsuch wrote. “It protects them all.”

In the dissenting opinion, Justice Ruth Bader Ginsburg (who, along with Justice Sonia Sotomayor, were the only two to dissent) disagreed with such a notion, arguing that sexual orientation played a significant role in Craig and Mullins’ case because both men “simply requested a wedding cake,” with no distinct message beyond whatever Phillips would have designed for a straight couple. Ginsburg concluded that Phillips did engage in discrimination, and therefore defended the Colorado Civil Rights Commission.

“Phillips would not sell to Craig and Mullins, for no other reason than their sexual orientation, a cake of the kind he regularly sold to others,” Ginsburg dissented. “When a couple contacts a bakery for a wedding cake, the product they are seeking is a cake celebrating their wedding—not a cake celebrating heterosexual weddings or same-sex weddings—and that is the service Craig and Mullins were denied.”

Supreme Court did NOT rule that the Colorado baker had a constitutional right to refuse to serve the gay couple. Rather, it ruled Colorado’s complaint process was flawed. Larger constitutional question wasn’t addressed. The case is not permission to discriminate against LGBT ppl.

Pride month, right? If you thought the battle for LGBTQ rights ended with marriage equality, this is one of the hundreds of ways you were wrong. This fucking country.

There is no excuse for not actively resisting this administration. None. https://t.co/dSDPcgul5j

/2 The Supreme Court sided, 7-2, with the baker. But the Court did so on much narrower grounds than the baker, and advocates, hoped for.

The Court DID NOT resolve the conflict between religious belief and anti-discrimination law.

LGBT group @LambdaLegal has a sober take on the baker case, saying “the Supreme Court has become an accomplice in the right’s strategy to hollow out” the rights of marriage. pic.twitter.com/kZVSX5pBMV

While dangerous, the Supreme Court’s ruling on Masterpiece Cakeshop, Ltd. v. Colorado Civil Rights Commission has one silver lining for the LGBTQ community: It does not strike down LGBTQ anti-discrimination ordinances, nor does it give a blank check for homophobic and transphobic religious freedom defenses. Instead of tackling both of those issues, the court’s opinion largely addresses the Colorado Civil Rights Commission’s treatment toward Phillips.

All seven Justices siding with Masterpiece Cakeshop seemingly did so because they believed Phillips’ religious beliefs were disparaged by the commission. The Supreme Court’s opinion provides no defense for religious freedom. In fact, Justice Kennedy himself acknowledges antidiscrimination ordinances’ importance: In his ruling, he notes that “the laws and the Constitution can, and in some instances must, protect [gay people] in the exercise of their civil rights.”

But Justice Gorsuch’s argument in particular sets a troubling precedent for the future, one in which religious business owners may receive stronger religious freedom protections to deny LGBTQ customers looking for cakes, custom greeting cards, and other products that require free speech. Until then, Justice Kennedy and his six allies look to the future for more clarity on what the Constitution says about being queer in America.

“The outcome of cases like this in other circumstances must await further elaboration in the courts, all in the context of recognizing that these disputes must be resolved with tolerance, without undue disrespect to sincere religious beliefs, and without subjecting gay persons to dignities when they seek goods and services in an open market,” Justice Kennedy ruled.

And so we wait.