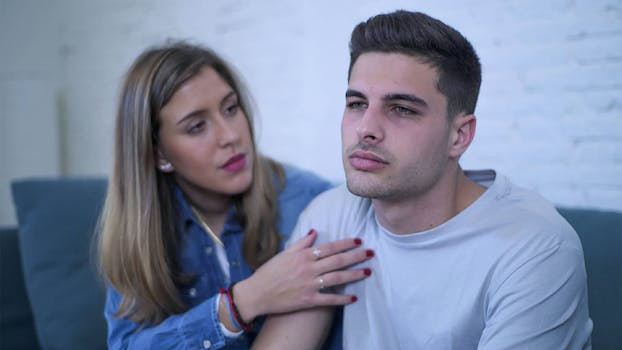 How to do more than tweet a hotline number.

This week has been a particularly difficult one for Americans across the nation. Fashion icon Kate Spade and Emmy award-winning chef Anthony Bourdain both passed away in deaths ruled as suicides, sparking larger questions about what friends and family can do to prevent loved ones from taking their own lives.

Suicide rates in the U.S. have risen over the past two decades, with a 25 percent increase in deaths by suicide between 1999 and 2016. Though suicide prevention resources can be found with a quick Google search, a massive stigma still lingers when it comes to discussing suicide and helping people deal with suicidal thoughts—all of which prevents people from getting the help they need.

While most Americans believe that suicide is preventable, not everyone can agree on how to help a suicidal person. 78 percent of Americans would encourage a suicidal person to speak to a mental health professional, doctor, or clergy member, but only 54 percent would talk to a person who may be suicidal and share their concerns, according to a 2015 study from the American Foundation for Suicide Prevention.

Many prevention structures are patient-led, placing responsibility on the survivor’s shoulders to raise themselves up when they may not feel like they deserve a helping hand. But in reality, suicidal people need a support network around them to make sure they can get by.

The executive director of Suicide Awareness Voices of Education (SAVE), Dr. Daniel Reidenberg, told the Daily Dot that family or friends should reach out to loved ones they may be concerned about, and make themselves actively available to that person—not just tell them, “I’m here to listen.” And if you’ve established that understanding but are unavailable in a potential moment of need, involve and encourage others to be a part of their support network, so that they’re not without help. Don’t wait three, four, five days to check in with them; ask them if you can call them in an hour, or a couple of hours to make sure they’re OK.

“I think everybody has a role to play in [suicide prevention]. It’s showing that you’re caring, that you’re kind and sensitive. It might take time and a lot of effort, repeated, to be able to help someone. It’s not a ‘one and done’ kind of conversation when it comes to mental health issues,” Reidenberg told the Daily Dot. “We need to understand that the people struggling with mental health issues can’t just ‘pick themselves up and get over it.'”

Reidenberg said it’s best to include people living and struggling with mental illness and suicidal ideation to be part of the solution. He acknowledged that sometimes in moments of crisis people may literally not be able to understand what it is they need to say or do in response, at which point support networks will need to step in and take an active role. But up until this point, people in support networks should engage the person living with mental illnesses to be a part of their recovery, and to believe their recovery is possible—not leave them on their own to do the work.

“If we’re just going in and saying, ‘This is what you have to do and if you don’t do it, you’re not going to get better, that isn’t going to help anyone. It needs to be a joint collaborative effort if we really want to help that person,” Reidenberg said. “We can’t just dump this on the person that’s struggling. That isn’t how mental health treatment works. We need to do it with them.”

There are plenty of ways that bystanders can help suicidal people. In an article from academic medical center Mayo Clinic, the clinic’s staff recommends asking questions that are “sensitive” but “direct,” such as “How are you coping with what’s been happening in your life?” and “Are you thinking about hurting yourself?” These questions don’t come with value judgments, making them the perfect way to start a discussion on how a person is feeling.

Reidenberg also said to not say things like “You would never do that” or “You couldn’t do that to your kids or friends,” or “Only weak people kill themselves.” Concerned supporters also shouldn’t judge the person with phrases such as “I’ve been through worse than what you’re dealing with right now.”

“Those are the kind of statements that are not helpful to people,” Reidenberg said. “We don’t know their level of pain. We shouldn’t be judging that either.”

Instead, you can broach the conversation by saying, “I’ve known you for a while, and you don’t seem like yourself lately. Is there something going on?” or “You don’t seem like you normally are. Have some things changed for you?” These phrases encourage open-ended conversation, particularly by expressing that you’ve noticed a change in that person.

When it comes to offering “help,” media and viral Twitter posts regularly tout suicide hotline numbers, but many people experiencing suicidal thoughts have mixed experiences with these efforts and services. Some suggest posts about seeking help from hotlines are alienating because they serve as blanket advice to individuals dealing with incredibly personal thoughts about ending their own lives. Friends reaching out, they suggest, is the best first step.

“For me, comfort doesn’t come from another person’s empty pleas to watch out for yourself (empty or not, that’s how I personally process them),” Chicago Tribune contributor Lindsey Romain writes. “My comfort comes from art, music, simple gestures like favoriting something I write or complimenting my shoes. The little things that chisel at the grub.”

Also, understand that it may be too hard for someone living with depression or having suicidal thoughts to reach out on their own. Check in on the people you know. Ask them how they’re doing. The onus to reach out shouldn’t fall solely on the person who needs the help. https://t.co/o1SYF1QNpk

STOP DROPPING SUICIDE HOTLINES EVERY TIME SOMEONE KILLS THEMSELVES. WE KNOW THEY EXIST. WE CAN GOOGLE IT.
YALL DO THIS EVERY TIME. INSTEAD OF COPY PASTING A NUMBER EVERY TIME FUCKING REACH OUT TO YOUR FRIENDS AND MAKE SURE THEYRE OKAY AND ACTIVELY HELP THEM YOU ASSHOLES

Reidenberg encourages people who’ve experienced challenges with hotlines to try a different service, call a local crisis center, or use the crisis text line (741741 in the U.S.). By and large, he said, people who volunteer and work at these hotlines are caring, compassionate people who want to do the best they can to help people, despite previous negative experiences.

Mental health experts also warn against the instinct to call the police if you’re concerned about a loved one. It’s important to consider how this person may react when being confronted by police, or how police may react toward people with mental illness, a community of people they may not have much training in policing despite law enforcement’s role in also preventing suicide. However, members of a support network should call emergency services after someone has attempted suicide, or if they can, safely bring that person to the hospital themselves.

Generally, when attempting to open conversations about depression, bipolar disorder, and mental illness, Reidenberg said, people are often afraid to use the word suicide, feeling as if it will categorize or stigmatize people. However, by using the word suicide, and through events such as May’s Mental Health Awareness Month and World Suicide Prevention Day in September, we can create opportunities for open conversations and encourage people to learn about the warning signs of and risk factors for suicide.

Ultimately, we need to abandon the idea that there’s a one-size-fits-all approach to helping people who feel suicidal. Every person grappling with suicidal thoughts deals with their emotions differently. It’s our collective responsibility to reach out to the people we care about and make sure they’re OK.