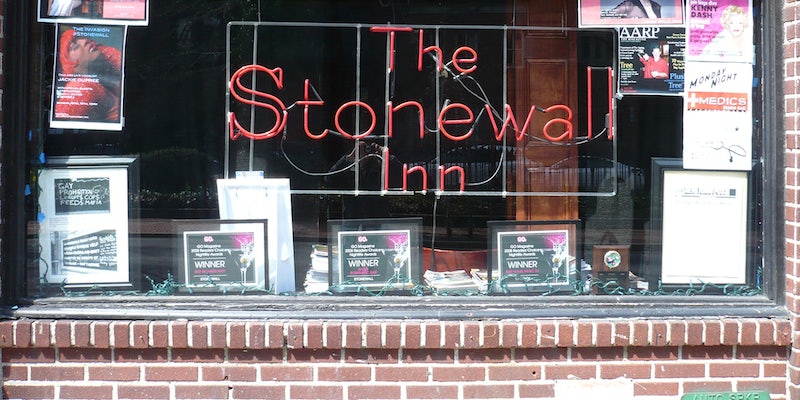 The ‘Stonewall’ trailer gets the explosives-filled parody it deserves

It's the birth of the LGBT rights movement, but with stuff that blows up!

When Hollywood action-blockbuster director Roland Emmerich unleashed the trailer for Stonewall, his take on the historic Stonewall riots, the Internet went berzerk. LGBT folks were disappointed by the fictionalization of a major breakthrough moment in history and incensed by the portrayal of a leading white male character overshadowing the transgender people of color who are believed to have led the riots.

The best form of protest is usually comedy. And with that in mind, a small group of filmmakers and writers created a parody version of Stonewall‘s trailer and posted it to YouTube on Thursday night.

The remixed trailer makes hefty use of Emmerich’s past films, incorporating explosions from Independence Day, Godzilla, and Day After Tomorrow. It features lead actor Jeremy Irvine as “a generic gay man,” and manages to discover the “one lesbian, maybe two” that appear in Emmerich’s film.

The spoof comes courtesy of filmmakers Yeni Sleidi, Taylor Grode, and Ben Dwork and writer Heather Dockray. (Dockray and Sleidi are perhaps best known for a viral 2013 video in which actual lesbians scored the validity of the lesbian sex scenes in Blue Is The Warmest Color.)

“It’s one thing for a movie to be bad—have bad dialogue, dumb actors,” Dockray told the Daily Dot of the inspiration behind the Stonewall parody. “But it’s another thing entirely for it to be grossly inaccurate, and whitewash and ciswash a history that’s already been whitewashed and ciswashed to death.”

While some in the LGBT community have defended the film, urging people to watch the entire movie before calling for a protest, the loudest voices are still calling for a boycott.

One petition against the film had 23,289 signatures on Friday—all collected over the course of a week. On Twitter, those who protest the film used the hashtag #NotMyStonewall, and artist Alejandro Juarez created another parody series that inserted Stonewall star Jeremy Irvine into other inaccurate historical scenes.

“How is it that Sylvia Rivera didn’t get a part in this movie,” asked Dockray, “But ‘woman with poodle’ did?”