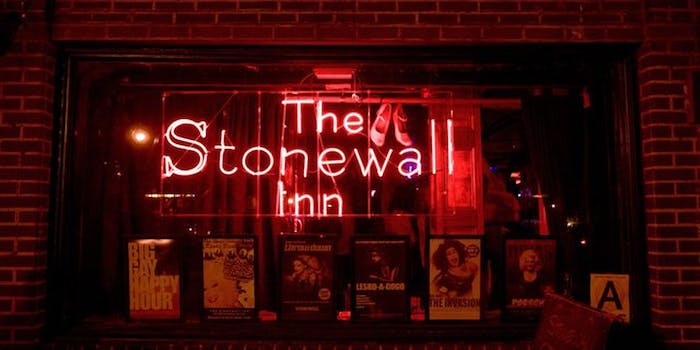 Photo via Travis Wise/FLICKR (CC BY 2.0)

It deletes pretty much everyone who actually started the LGBT rights movement.

The Stonewall trailer, which debuted on Tuesday, made one thing clear: the film is an Oscar vehicle.

But as the LGBT community logged on to watch it, grumbles spread and turned into outrage as people realized that the film apparently whitewashed history in a major way.

The film’s central character is a young, blond, cisgender white man from a small middle-class town who rides off to the big city to find the gay community after someone scrawls “faggot” across his school locker. He goes to the gay bar, hears about injustice, throws the first brick, and becomes the father of gay rights in America.

It’s a moving tale. It’s also, many say, a complete whitewashing of what actually happened at the Stonewall Inn, the birthplace of the LGBT-rights movement. The riots are largely believed to have been led by transgender women of color, including Marsha P. Johnson and Sylvia Rivera—as well as a butch lesbian drag king named Stormé DeLarverie, who worked as a bouncer at New York City gay bars for years and is known as “the Rosa Parks of the gay-rights movement.”

The Stonewall trailer nods at Johnson and Rivera, but it masculinizes both of them to the point that neither is fully recognizable as a trans woman. They fade into the background as supporting characters who seemingly serve only to bring some color (pun intended) to Danny Winters’ evolution from farm boy to rebel.

There’s even a weird romance subplot that seems to paint the most Rivera-ish character as being in love with the pretty white boy, who flatly rejects her with a brusque “I can’t love you.”

Wow the #Stonewall movie trailer is even worse than I expected. Includes the white dude lead telling a twoc he can't love her.

The #Stonewall film not focusing on Marsha P. Johnson & Sylvia Rivera, the two trans WOC who catalyzed it, is an abomination. @the_moviebob

A character quite obviously based on Stormé, renamed Sam, briefly appears in the trailer as what appears to be the only lesbian in the world, wailing “help me” as she’s being loaded into a squad car by police. What’s more, Sam is played by a white actress, despite the fact that the real Stormé was African-American, very butch, and highly unlikely to ever have shrieked helplessly into a crowd of gay men. 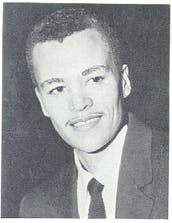 The fictionalized, whitewashed version of this major historical event begins with a voiceover of President Barack Obama reciting “Seneca Falls, Selma, and Stonewall” over protest footage. It leads one to wonder if perhaps Selma would have been more popular with white audiences had Ava DuVernay cast a white actor to portray Martin Luther King, Jr. And perhaps the Seneca Falls convention would have been more dramatic with a few Sports Illustrated models cast as Elizabeth Cady Stanton and Lucretia Mott.

Hey, Hollywood! I want to see this, but did you forget that #Stonewall was led by queers of color? #whitewashing. https://t.co/yrASWuUhXt

This should be the trailer of #Stonewall film, not that whitewashed bullshit https://t.co/rGFKkJHdux

Some members of the LGBT community are calling for others to boycott Stonewall. On Wednesday afternoon, someone created a Move On petition aimed at director Roland Emmerich, who is openly gay and also directed Hollywood blockbusters Godzilla, Independence Day, and The Day After Tomorrow.

“Hollywood has a long history of white-washing [sic] and crafting White Savior narratives, but this is one step too far,” the MoveOn petition reads. “A historically accurate film about the Stonewall Riots would center the stories of queer and gender-noncomforming [sic] people of color like Sylvia Rivera and Marsha P. Johnson, not relegate them to background characters in the service of a white cis-male fictional protagonist.”

Update 10:04am CT, Aug. 6: On Wednesday night, the GSA Network—a national coalition of student Gay-Straight Alliance clubs in schools—started circulating a second petition calling for a boycott of the Stonewall film. That petition received over 7,000 signatures within a period of 20 hours. On Twitter, the hashtags #BoycottStonewall, #BoycottStonewallMovie, and #NotOurStonewall gained traction and were curated into a feed on a new @NotOurStonewall account. As of this writing, there was no response or public statement regarding the protests from director Roland Emmerich.

Photo via Travis Wise/FLICKR (CC BY 2.0)