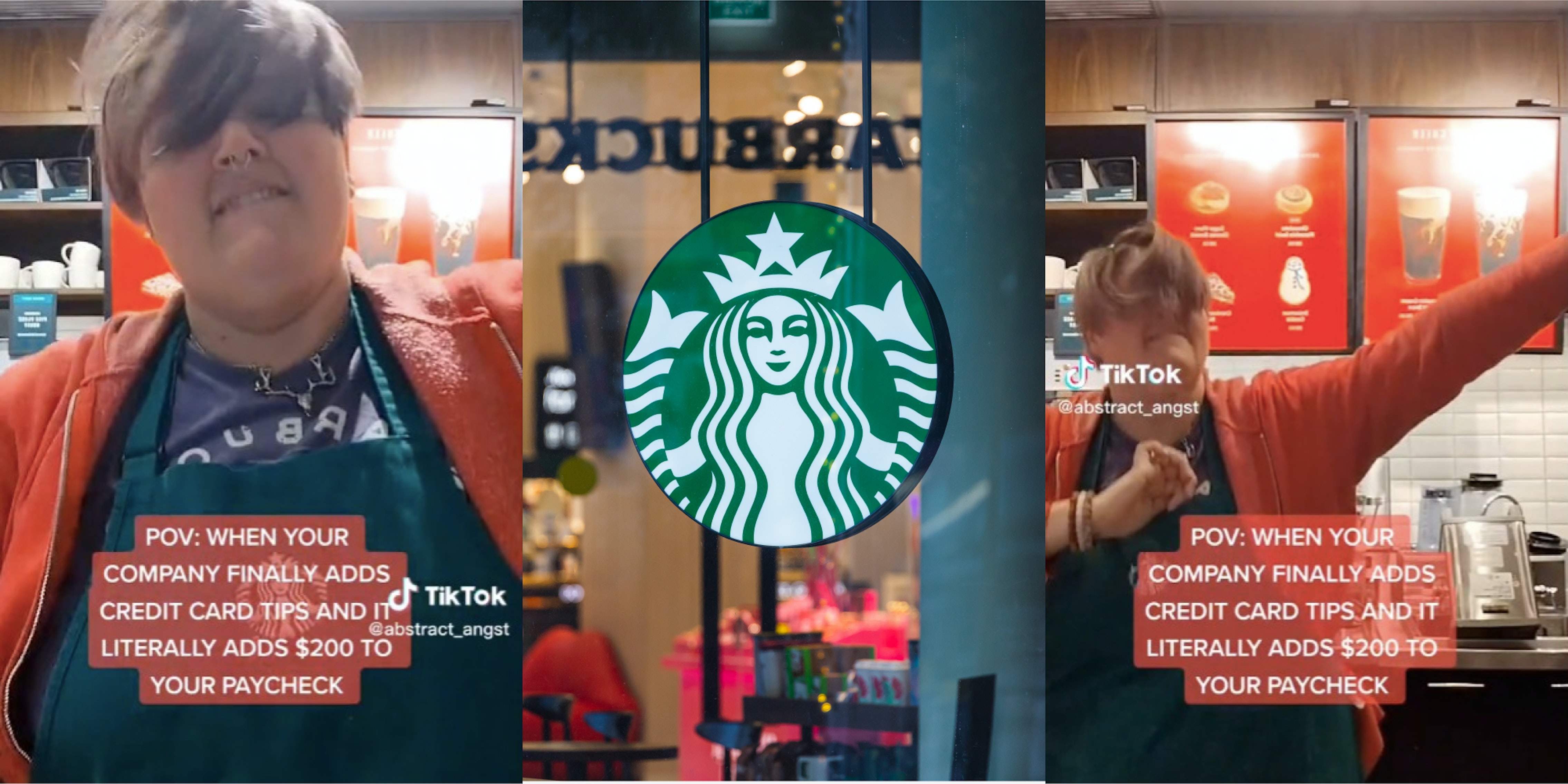 'The gasp I gusped this morning.'

A Starbucks barista’s excitement over a new tipping method has caught the eye of more than 300,000 people on TikTok.

The video, posted by user @abstract_angst, shows the creator dancing at their Starbucks location because the new tipping mechanism has had a significant impact on their take-home pay.

“POV: When your company finally adds credit card tips and it literally adds $200 to your paycheck,” a text overlay on the video reads.

However, not everyone is as excited about the new tipping mechanism. One Starbucks customer went viral for saying she “dreaded” the day the tipping system would come. Even an employee criticized the system, saying that they would turn off the electronic tip option if they could.

While Starbucks representatives did not respond to requests for comment ahead of publication time, a statement shared with Newsweek by a spokesperson indicates that credit card tipping could roll out to many stores in the near future.

“Starbucks is rolling out the ability for customers to tip for credit card transactions at the register in the café and drive-thru,” the statement given to Newsweek reads. “This capability began at select stores in the U.S. in September 2022 and will continue to roll out to all stores where this can apply through the end of the year. It’s our goal to allow our customers to recognize baristas no matter what payment method they use, and we’re excited to bring this new enhancement to stores.”

One Redditor even says the measure has improved morale among their coworkers, as well as tripling the amount of tips received on their shift.

“We are a test store. Last week tips combined cash and digital we hit .96 per hour,” Reddit user u/Lejeune68 wrote. “So far this week on just credit card alone we’re averaging $3 per hour. So. Edit: I want to point out morale in my store is the highest I’ve ever seen it. Honestly. People are smiling more. Service is better etc.”

The Daily Dot reached out to Starbucks via email, @abstract_angst via Etsy direct message, and u/Lejeune68 via Reddit direct message.