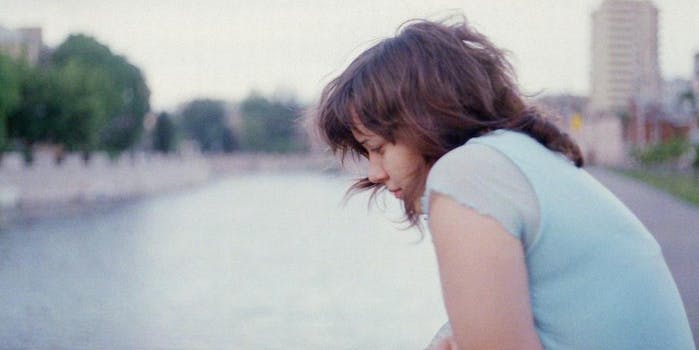 Let's face it—we've all been there.

I have a tendency to get involved with men who are already in relationships. There’s an art to making sure every man you try to date has either a pre-existing girlfriend, a criminal record, or butter where the brain’s supposed to go. In fairness, getting yourself into a dead-end, pseudo relationship has its advantages.

Some pros: You can wear ratty gym undies IRL. You can maintain your own social life without fear that your significant other will show up and cramp your style. You can enjoy solo dates with the Internet for hours on end. And you can grow leg hair like wild thistle.

Chasing unavailable guys has similar advantages to not dating at all. But it takes a certain kind of skill to make sure every romantic situation you hunt down has nowhere to go but down into the depths of what-the-fuck-did-I-just-do.

So when you find yourself doing this again, and again, and again, you might as well share the gospel with others. You know, so that other self-respecting humans can also write off their dignity by pursuing pointless, wretched, emotionally unfulfilling relationships.

1. You’re already pretty sure that your target has a girlfriend.

He’s either “dating” or “sort of dating” someone. (In my experience, there’s a remarkable similarity between the two.) Don’t be put off by the guy using the terms “girlfriend” and “girl I’ve been out with a couple of times” interchangeably. Instead, take this as a hearty confirmation that they’re 100 percent lost in their own fictional narrative, which is exactly what we’re going for.

One of the easiest ways to establish this step is to take a quick peek at their Facebook relationship status. “In a relationship with Pretty McHotstuff”? Boom. You’ve got your guy.

2. You deliberately misinterpret social media activity to your advantage.

If you’re alive and breathing, you’re going to stalk. Your ideal unavailable target will offer up an Insta-wonderland of evidence that he’s not the one for you, and you will dutifully ignore it.

A selfie with his girlfriend/spouse from three weeks ago? Meh, anything could have happened between now and then. Tagged Facebook snaps of him on a romantic Hawaiian vacation with said significant other? Hey, could have been a business trip.

The imperative here is to deny, deny, deny. And why? Because what’s truly relevant to you is this: amongst everything else, the dude just “liked” one of your photos. That red heart button? He clicked it. Um, hello? He’s obviously Insta-in love with you and minutes away from making himself entirely and unconditionally available to you, Disney movie-style.

Add the spice, then hit the bricks. Nobody likes a sidepiece that hangs around hoping for genuine human interaction.

4. You don’t ask too many questions.

Willful blindness is key. It’d stop you from wrecking yourself if you knew too much. If you asked and were told outright by your Casanova that they weren’t interested in anything serious, or that they had a girlfriend they had no intention of breaking up with, or that they were in fact recently divorced with 27 kids, it could put a chink in your armor.

It’s imperative that you take whatever they’re giving you and believe the shit out of it. Close your eyes, put on your prettiest smile, and plunge forth into the self-destructiveness of your own poor choices.

5. You make sure you and your target’s lives would never have intersected if it wasn’t for the shared geographic location of a gym (or something similar).

Pick your unavailable target wisely. You won’t come across this opportunity with someone you’re sincerely compatible with. It’s got to be someone whose life has zero in common with yours. The kind of person you’d walk by when you’re lucid and go, “Did I DVR House of Cards?,” scratch your bum and walk away. They wouldn’t so much as register in your peripheral vision. Yet you’ve managed to become obsessed with them, just because they’re unavailable. Good work.

6. You avoid very nice guys who make themselves 150 percent available to you.

They’re way too stable, and there’s way too little opportunity for your life to explode in flames. The main risk here is that you’ll end up having a really nice time with a wonderful person who only stands to enrich your life. And who actually wants that? This is real life, not a fucking Katherine Heigl movie.

You can say you’ve given up. But be honest: You’re only saying that because you think it’s a way to snag a few extra morsels of attention from the unavailable dude you’re chasing.

Obviously, you don’t really wanna walk away: you just want to threaten him. So you say something like, “Hey, guy, I’m so done with this situation, as it’s clearly going nowhere. Bye.” Then you start walking.

You’ll get a whimpering, “But, baaaabe.” You should take that as definitive proof that he’s madly in love with you and is literally seconds away from ditching his girlfriend and buying a one-way ticket to Committed Relationship Town, population him and you.

Similarly, try using your favorite social media platform as a tool for letting your target know you’re totally moving on. Throw up a sneaky pic of you and a mysterious unidentified male, and deliberately make your caption a vague allusion to the nature of your relationship to this person. Within minutes, your target will get jealous and message you, asking what the hell is going on.

8. You repeat this behavior, over and over again.

It’s no fun to do a bunch of grueling training for just one race. Follow up your mistake by doing it again. You know what to look for.

Keep it fresh by continually increasing the degree of difficulty. Newly divorced with 10 children, not including the ones he doesn’t know about? Why not add jobless with criminal tendencies, and a sorta girlfriend who runs his Instagram account? Challenge yourself.

Most of all, it’s important to never learn from your errors. The past is in the past, and tomorrow is a new day, amirite? Just follow these eight simple steps, and you’ll have mastered the art of being a sidepiece.