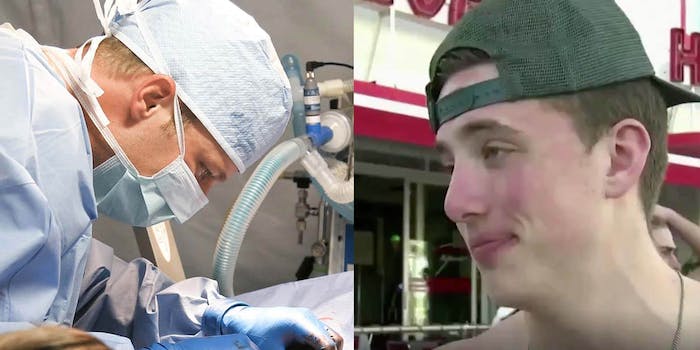 Brady Sluder was one of the 'careless' spring breakers featured in a now-viral video.

A young man who went viral for refusing to practice social distancing amid the coronavirus pandemic has apologized after receiving widespread backlash.

Ohio resident Brady Sluder, who, according to BuzzFeed News, is a SoundCloud rapper, made headlines last week after telling reporters that he wouldn’t let the outbreak interfere with parting after traveling to Florida for Spring Break.

“If I get corona, I get corona,” Sluder said at the time. “At the end of the day, I’m not gonna let it stop me from partying.”

The clip stirred outrage among the millions of Americans who have dutifully stayed home in an effort to protect not only the country’s most vulnerable but the medical system as well.

Sluder responded to the criticism in a post on Instagram, in which he apologized for the incident.

“I would like to sincerely apologize for the insensitive comment I made in regards to COVID-19 while on spring break,” Sluder wrote. “I wasn’t aware of the severity of my actions and comments.”

Sluder says he felt “invincible” at the time and has since realized the errors in his thinking.

“Our generation may feel invincible, like I did when I commented, but we have a responsibility to listen and follow the recommendations in our communities,” Sluder added.

The young man claims that he intends to use the situation to “become a better person, a better son, a better friend, and a better citizen.”

“I’ve learned from these trying times and I’ve felt the repercussions to the fullest,” Sluder said.