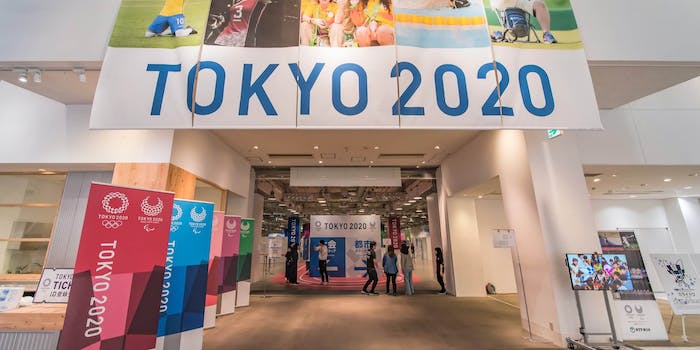 The 2020 Summer Olympics have been delayed due to the coronavirus

Here's how people are reacting.

The International Olympic Committee and Japan have agreed to push back the 2020 Summer Olympics in Tokyo over concerns about the coronavirus.

The IOC and the Tokyo 2020 Organizing Committee confirmed the decision to push back the Olympics, which were originally set to begin on July 24, Tuesday morning. A joint statement from the IOC and the Tokyo Organizing Committee cited its wish to “safeguard the health of the athletes, everybody involved in the Olympic Games and the international community.” There are currently more than 375,000 confirmed cases of COVID-19 worldwide.

“We have agreed that the Tokyo Olympics and Paralympics will be held by the summer of 2021 at the latest,” Japanese Prime Minister Shinzo Abe said in a conference call, according to The Wall Street Journal.

In the past few days, pressure on the IOC and Japan to postpone the Olympics grew as Canada and Australia both withdrew their athletes from the games and called for a postponement. But as recently as last week, Japan had still planned to start the Olympic torch relay, although it was canceled following the Olympic games delay.

But we’ve had time to prepare. We first learned that the IOC decided to postpone the Olympics on Monday after IOC member Dick Pound told USA Today about the decision in an interview.

“On the basis of the information the IOC has, postponement has been decided,” Pound said. “The parameters going forward have not been determined, but the games are not going to start on July 24, that much I know.”

While there was some relief about the safety of athletes and the IOC taking proper measures to protect them, many Twitter users had a very similar reaction to Pound’s comments this week as they did when he spoke interview last month: Dick Pound is a very funny name.

Financially, the delay will likely be devastating in Japan and abroad. NBC, which broadcasts the Olympic games in the U.S., has a particularly large investment in the Olympics and is leaving an ad revenue hole of $1.25 billion or more in 2020. (At the beginning of March, Comcast CEO and chairman Brian Roberts said that NBC has an insurance policy in the event that the Olympics were canceled.)

NBC not only owns the exclusive broadcasting rights, but the network had planned to use the 2020 Olympics as a major selling point for people to sign up for Peacock, NBC’s streaming service which is set to debut in May. With the Olympics, Peacock planned to offer a wealth of coverage for subscribers, including live coverage of the Opening and Closing Ceremonies live as well as three separate daily shows.

“NBCUniversal is actively working with our advertising partners to navigate this postponement, and we’re exploring all options to best serve their brands and our consumers this year, and into 2021,” an NBCUniversal spokesperson told AdWeek.