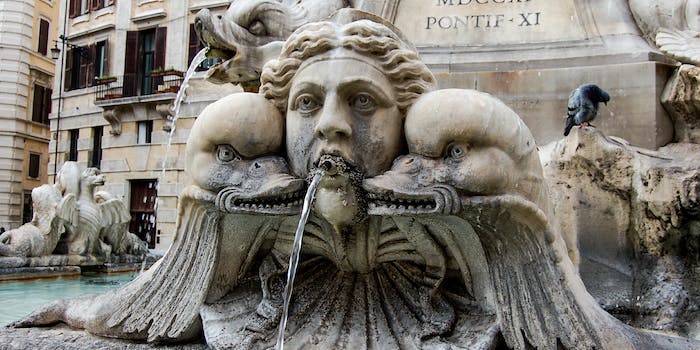 Cartoonist Emi Gennis is no stranger to sexual harassment. She’s been outspoken about issues of consent and is one of 11 people being sued for accusing comics publisher Cody Pickrodt of sexual assault. Gennis told BuzzFeed News the latest instance of sexual harassment for her started with a flirty online relationship, in which the man quickly escalated to messaging her “all of the time.” Gennis said she tried to let him down gently, explaining why this makes people uncomfortable. “I’m an educator,” said Gennis, “sometimes I can’t help myself.”

Gennis said the man replied aggressively, later apologized, but then continued to send her sexually explicit messages for months. Then, he requested to buy her spit.

I'm gonna turn this into a teaching moment, and take this opportunity to outline a few basic client negotiation strategies for students & other early career artists who might be interested. These can be employed in any negotiation, not just transactions related to jars of spit. pic.twitter.com/5a6k8uCqM4

Gennis said that after initially laughing at the audacity of his request, especially since she so thoroughly shut him down, she realized she had a unique opportunity. Gennis teaches cartooning and illustration students and saw a chance to teach them about negotiating freelancing rates. With that in mind, she began her negotiations.

First, because I'm not well informed on industry standard prices for this…uh, item…I want the client to set the anchor price (the initial price offer). I don't want to run the risk of naming a price that's too low and getting underpaid. pic.twitter.com/qHNcBHZjW0

Break down your prices so the client knows exactly what they're paying for, and doesn't feel like you're just setting the price at some arbitrary number. Make sure they understand the amount of work they're asking you to do and how much that costs. Transparency is key. pic.twitter.com/ot1Q70Smms

Using the framework of the spit negotiation, Gennis broke down best practice strategies for negotiating rates, such as laying out the amount of work you’ll have to do for the client, so they can clearly see what their money is going to. She also recommended offering two options, a flat rate or an hourly rate. In her negotiations with the creepy man, she made sure to explain that she can’t guarantee how much spit she would produce per hour.

Remember to factor in any extraneous costs outside of labor. That could include materials costs, or shipping fees. Once you determine how much the client will agree to pay, stipulate how and when you will be paid. Getting some money upfront is good, in case things go south. pic.twitter.com/VCSdXEFlM5

All deadlines should be clearly stated. If the client is asking for a quick turnaround, charge a higher price for that inconvenience to you. Here I have again presented the client with options. pic.twitter.com/bJnBsQh3zu

Gennis says she’s teaching a class on self-promotion for illustrators next semester, and will definitely be taking this lesson to her students.