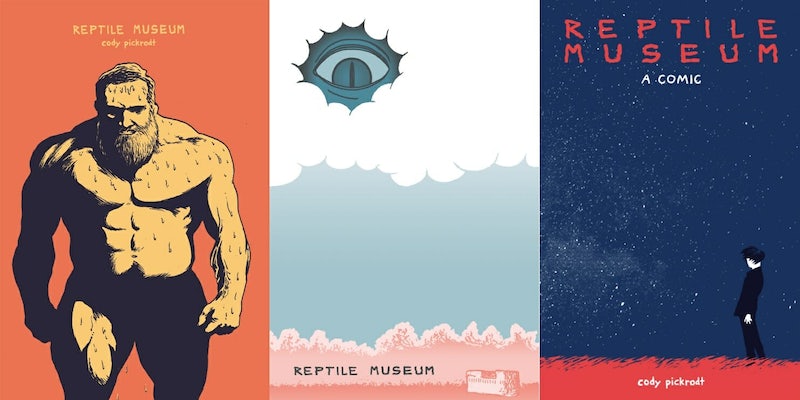 In the wake of the Me Too movement, we’ve seen the same story unfold numerous times. First, one or more people will accuse a public figure of sexual harassment or assault, either on social media or in interviews like Ronan Farrow‘s explosive report on Harvey Weinstein. Then, the accused person either responds with a denial or apology.

In the case of indie comics publisher and cartoonist Cody Pickrodt, things went a little differently.

After being accused of rape, sexual assault, anti-Semitism, and withholding royalty payments from artists, he’s taking 11 of his accusers to court for $2.5 million due to “emotional and mental distress.”

According to this report by Alec Berry at the Comics Journal, the lawsuit stems from a rape accusation posted in a Google Document by cartoonist Whit Taylor last year. She wrote that in 2013, Pickrodt invited her to stay in his ex-girlfriend’s home during a visit to New York. There, he allegedly raped Taylor, after which she left the apartment and went to the hospital. She mentions ignoring “red flags” regarding his attitude toward women in the comics community because she was excited to meet someone who seemed interested in publishing her work. In other words, a sadly familiar description of someone allegedly abusing their position of authority in a creative industry.

The Google Doc included further accusations from others in the industry: artists Laura Knetzger and Emma Louthan (who both had books published by Pickrodt), and Emi Gennis. They describe a pattern of exploitative behavior toward women, with Gennis claiming that Pickrodt held her in a headlock and tried to kiss her. After these accusations were shared in October 2017, others in the comics community came forward, pledging support for the accusers and distancing themselves from Pickrodt and his publishing press, Ray Ray Books. For instance, here’s what comics critic Rob Clough posted at the time:

After several public testimonials regarding Cody Pickrodt, he is not welcome anymore in the comics community. If I see him at any events or shows I will ask him to leave. If a show has him as an exhibitor, I will not attend that show. (1/2)

Pickrodt’s lawsuit names 11 people in total: Not just his accusers, but individuals who shared the allegations on social media. The list includes publishers and bloggers like Clough, who showed solidarity with Pickrodt’s accusers. Cartoonist Hazel Newlevant is on the list, after tweeting that Pickrodt “is a predator who has sexually assaulted and harassed several friends. he should never be allowed to table at comics fests and frankly should be escorted out of any event he shows up at.”

The Comics Journal makes it clear that Pickrodt denies all the allegations, with his lawyer saying, “He’s really suffered as a result of this. He’s lost clients. He can’t really network within the comic book community, as you can see.” The lawsuit accuses all 11 individuals of defaming Pickrodt with false accusations, forcing them to scramble to raise tens of thousands of dollars in legal fees. With 20 days to respond to Pickrodt’s legal summons, one person already has a GoFundMe fundraising campaign: Publisher Jordan Shiveley, who says he needs $10,000 just to pay the retainer for a lawyer in New York. His overall goal is $98,000, which gives you an idea of how much this lawsuit will impact the livelihoods of Pickrodt’s accusers.

After the Comics Journal story was published on Tuesday, more people came forward to speak out against Pickrodt. In other words, Pickrodt has kicked off a Streisand effect, where the act of trying to hide something just makes it more publicly known. As a small indie publisher, he’s now best known for trying to ruin the careers of people who accused him of rape. While trying to defend his reputation, he actively made his reputation worse.

Since no one brought legal charges against Pickrodt in the first place, his lawsuit is perceived as an aggressive escalation—and as an attempt to silence people speaking out against sexual harassment. Numerous cartoonists are condemning Pickrodt and supporting his accusers publicly, suggesting his tactics haven’t worked.

However, this lawsuit sets a worrying precedent. In the absence of a higher authority like, say, Netflix firing Kevin Spacey from House of Cards, the comics community is essentially self-policing. Women rely on whisper networks to know which writers and editors have a history of sexual harassment, and you rarely see anyone get fired for bad behavior. One of the most high-profile examples is former DC Comics editor Eddie Berganza, whose history of harassment and assault was publicly documented and widely known for years. DC continued to support his career while female employees either left or moved to other departments, and he was only fired after BuzzFeed published an exposé in November 2017.

In an industry where women face workplace discrimination and harassment with minimal support from employers, sometimes social media is the only recourse. And now someone is suing cartoonists to the tune of $2.5 million, as punishment for tweeting about his sexual assault allegations.

Pickrodt did not immediately respond to a request for comment about the lawsuit.