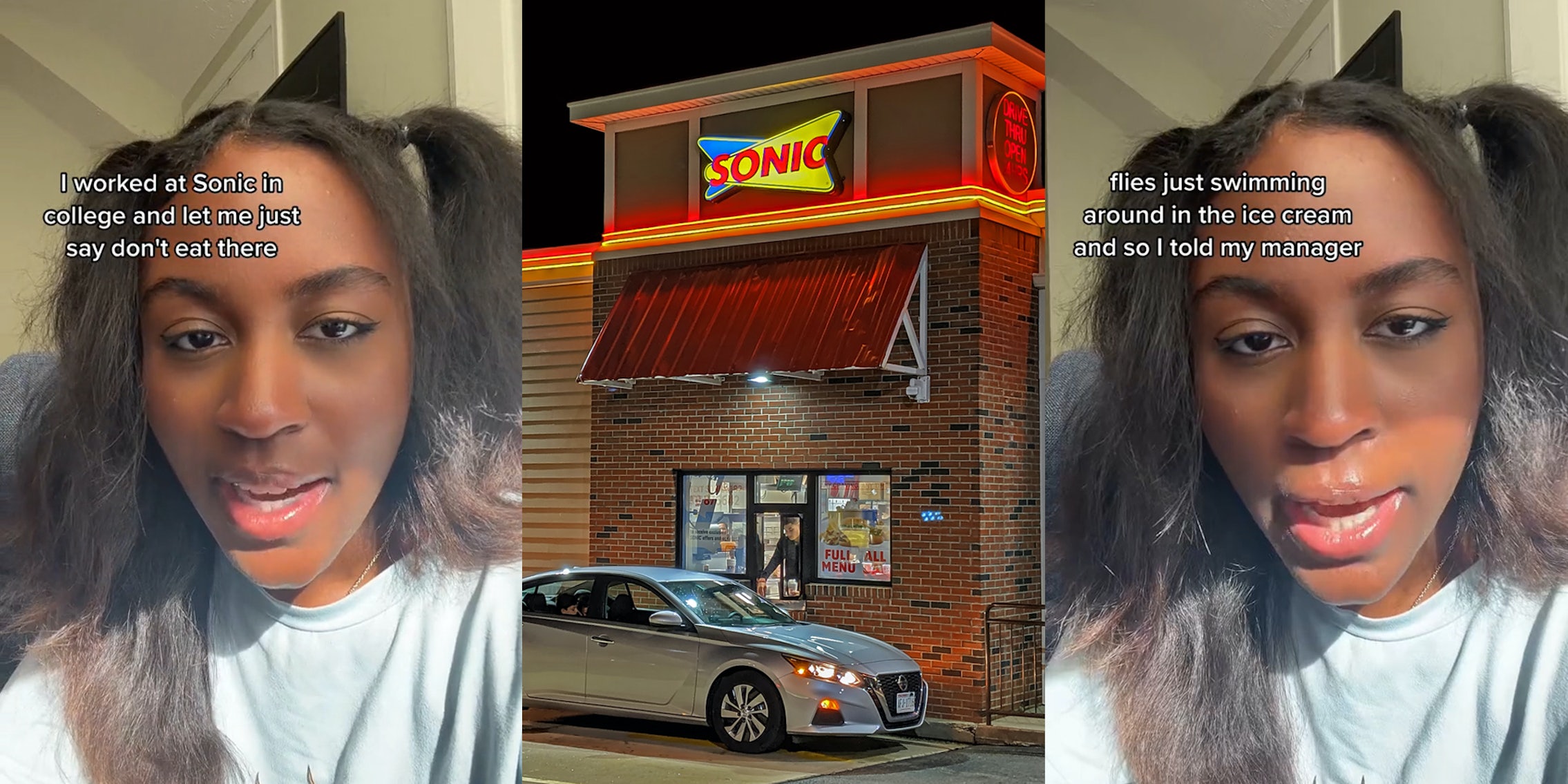 A former Sonic employee sparked discussion after claiming that the restaurant did not follow health and safety standards.

TikTok user Zoë (@zoemulraine) says she worked at Sonic two years ago. She says she encountered a lot of health code violations in her time there, as she recently shared in a video with over 15,000 views.

“One day, I had to pour ice cream into the ice cream machine…and when I opened the machine, there were just flies just swimming around in the ice cream,” she recounts in the video. “I told my manager and he was like, ‘Oh, just scoop it out with a lid or something.’”

Zoë continues to say that other health issues at her location included employees not wearing gloves and not using soap when washing their hands.

In the comments section, users shared their own horror stories from working in fast food.

“I worked at sonic in high school and I can confirm this is true,” another claimed.

“It was like this at del taco too,” a third alleged. “straight mosquitoes in the machine.”

Zoë also clarified in comments that while the experience was unsettling, she “was not about to be spearheading institutional change for $8/hr!!!”

Thankfully, many users said that Zoë’s experience may have been an anomaly.

“I been working there for like a yr and a half and there’s never been no flys in the ice cream,” one commenter stated.

“Your managers were awful,” a second shared. “the sonic I worked at was amazing. most popular one in the state too.”

The Daily Dot reached out to Zoë via Instagram direct message and to Sonic via email.