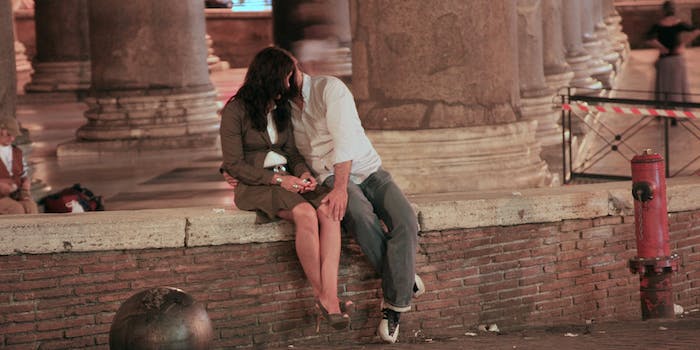 Does your marriage need a ‘social media prenup’?

How are your eyes feeling today? Fit? Good, because you’re about to give them a workout with the Eye Roll to End All Eye Rolls.

ABC News is reporting that couples are signing “social media prenups” before getting married. These “prenups” are essentially a list of terms and conditions outlining what each spouse is and isn’t allowed to put up online, as well as the consequences that would arise should a spouse violate these rules.

According to New York City-based attorney Anne Maria Carozza, these social media prenups are a “relatively new” development in the world of prenuptial litigation. But she says that over the past few months, about a third of her clients have asked for such social media clauses to be inserted into their prenuptial agreements, which range from asking a spouse not to post a nude photo to barring them from posting unflattering bikini photos on Facebook.

While the concept of a social media prenup sounds silly in theory, it’s apparently fairly common for couples to break up over social media conflicts. The American Academy of Matrimonial Lawyers reports that 80 percent of divorce lawyers say that social networking in divorce cases is on the rise, which makes it seem like an awful lot of couples are fighting about whether or not it’s cool to “like” an ex’s status update on Facebook.

Furthermore, a lot of the social media concerns outlined in these contracts seem pretty legitimate. If you and your spouse get in a fight, for instance, and they retaliate by tweeting a steamy photo or video of you, that could have irreversibly negative consequences—not only for your marriage, but for your career. Considering how often this kind of thing unfortunately happens, a social media clause seems like a wise prophylactic measure.

“We want to be able to contractually limit the damage,” Carozza told ABC News. “The damage is psychological, in the case of humiliating posts and tweets and pictures out there, and it’s economic because my career prospects are harmed.”

That having been said, the monetary penalties for violating some of these provisions are pretty outrageous. Carozza says that depending on a client’s income, the penalty for violating a social media prenup clause could be $50,000 “per episode,” meaning per post or per tweet. So if you’re having an argument with your spouse over whose turn it is to clean out the litter box, it’s probably not a great idea to live-tweet it, or else you’ll have way more than cat poop on your hands.