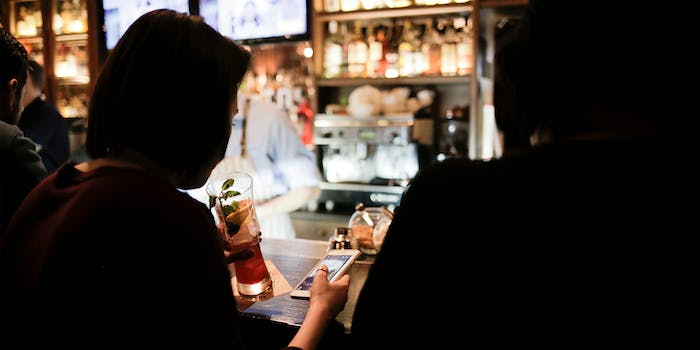 I have debilitating social anxiety—so why do I love using Twitter?

For all its bad, the platform has the power to take the edge off social interactions.

Gaming conventions are my guilty pleasure. Every spring through fall, shows like PAX East and New York Comic Con fill up my calendar, giving me a weekend-long excuse to play video games all day for work.

But there’s one part about cons I hate: marketing pitches. Every time a convention nears, my email inbox becomes an apocalyptic wasteland of unopened invites from game developers, comic publishers, and celebrity publicists, asking me if I want to “stop by to chat” or “catch up during the show.”

For most journalists, cons are an excuse to meet people, talk with famous game designers, and score a coveted feature story with a developer or artist. And while oral histories and Q&A sessions come easy to some of my colleagues, for me, it’s the scariest part of my job, the kind of fear that causes me to break out in a sweat or hide in a bathroom. I’ve even avoided certain booths in the past, usually for my favorite games, because I was afraid to open my mouth. I thought it I did, I’d just embarrass myself.

I believe judgment follows me wherever I go. Even on good days, I’m prone to randomly shutting down with a panic attack. So when my girlfriend tells me I’m good at socializing, or when my coworkers tell me that meeting me in person feels like meeting an old friend, I just can’t believe it. More often than not, I feel like my entire body is being held together by glue when I talk to other people.

At first blush, you’d probably think I’m an introvert. But I’m not. I deal with something called social anxiety. And ironically enough, there is one way I keep a lot of my social anxiety under control. It’s called Twitter.

What is social anxiety? 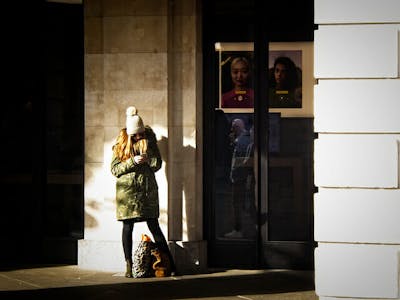 The Social Anxiety Association calls social anxiety “the fear of social situations that involve interaction with other people.” Having social anxiety is not so much about being socially awkward—although the two may walk hand-in-hand. Rather, socially anxious people fundamentally fear socializing. This can be in anticipation of a social event, during one, or constantly hyper-fixating after the fact. In my case, I do a little bit of all three.

Social anxiety strikes me randomly and frequently, and it often messes up my happiest moments. I’ve had panic attacks while meeting colleagues, I’ve had my hands shake uncontrollably while smoking a joint with friends, and I’ve even caught my entire body trembling as I’m walking back to a date’s apartment. These feelings aren’t rooted in that good, pleasant adrenaline rush that comes with nervous excitement. It’s more like obsessive compulsions that never stop. It’s a marathon of anxiety, and it can quickly ruin the mood before, during, and after a good night out.

I actually thought social anxiety was a totally normal experience that every person in the world had. It wasn’t until I began learning more about anxiety disorders that I realized it was something more than just “nerves.”

Social anxiety on a social technology 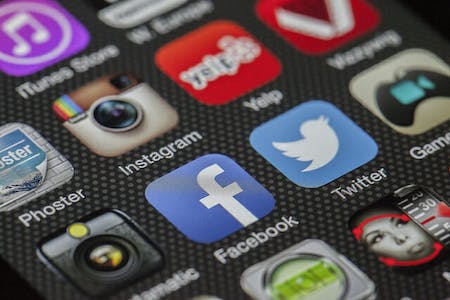 Ironically, the internet is one of the most social technologies humanity has ever created, and people with social anxiety love to use it. Communities like Reddit’s r/socialanxiety and Social Anxiety Support give an outlet to thousands of people dealing with symptoms, letting them connect with others in a way that’s unprecedented for a disorder that targets offline social networks. It’s much easier to talk to people when you’re just typing out words as opposed to, say, drinking at a bar and loudly yelling over dance music. There’s so much less stimuli, from making eye contact to body language.

Not just that, but online support networks for mental illness may actually help users in the long run. One study from the University of Utah found Reddit users on r/depression experienced a “positive emotion change” over time while posting in the community. Another study from 2012 concluded that the internet features less social cues and provides enhanced anonymity to socially anxious people, meaning mental health treatment over the internet “may prevent the social anxiety itself from becoming a barrier to seeking treatment for social anxiety.” The internet can be a healing technology because it lets socially anxious people receive the affirmation and support they need without shutting down.

I suspect this might be why I enjoy using Twitter. My social anxiety is often rooted in how I’m perceived by other people: I’m afraid I look weird, sound stupid, or will be judged for simply being me. So when I’m feeling socially anxious about an outfit or the way my hair looks, I often turn to Twitter and post a selfie or two. It challenges my social anxiety by forcing me to socialize with other people on my terms, in the way I want to be perceived.

Not just that, but when I receive positive feedback, it’s an immediate confidence boost, because my followers are sweethearts and they send me tons of likes and kind comments. The response is like having a dozen or more people compliment me at a party. How can I be scared of being judged if Twitter says I look good?

That said, social anxiety is about a lot more than boosting self-esteem: On his website Overcoming Social Anxiety, psychotherapist Kyle MacDonald suggests “early childhood experiences” with parents and “traumatic experiences throughout childhood or later in life” can cause social anxiety, as well as a “disruptive live event.” A couple selfies aren’t necessarily going to fix my social anxiety, and that’s one of the reasons why I’m in therapy. Whatever makes me socially anxious is much deeper than my self-perception.

And while Twitter can be affirming, supportive, and friendly, it can also foster harassment, with far-right users purposefully targeting women, people of color, queer folks, and transgender people. I’ve experienced some of this harassment first-hand, and when it’s happened to me, it definitely made my social anxiety spike. I may have a net positive experience with Twitter, but it can also throw women like myself into harm’s way.

But this isn’t just about Twitter. Social media, in general, gives socially anxious users like myself a lot of power. I can depict myself the way I want to be seen online. I can choose who can visit my profiles and who can’t. I can curate the humor and conversations I want to share with the world. And when I communicate with other users, be it through tweets or DMs, I can fine-tune every single phrase without my anxiety stepping in and causing me to stumble on my words.

The catch-22 with social anxiety is that every bit of exposure to other people actually helps fight off the disorder. So if posting a selfie before work makes it, at the very least, easier to face the real world, then let me find my light.