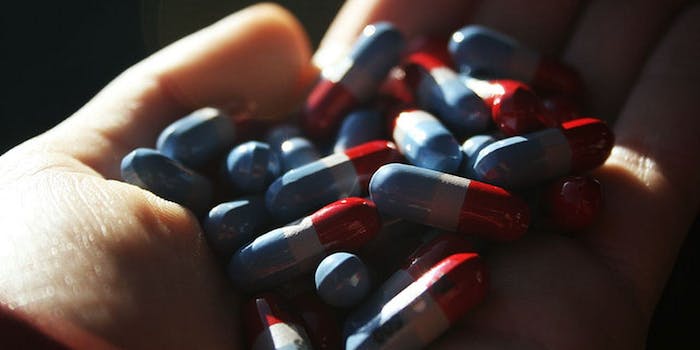 How many people got high thanks to Silk Road?

The number may surprise you.

There are many ways to measure success. For a Deep Web black market famous for its wide selection of drugs, one number trumps all: How many drug users put your product in their bodies?

Silk Road, the recently shut down black market that ruled them all, was enormous. According to a new study titled “Use of Silk Road, the online drug marketplace, in the UK, Australia and the USA,” 18 percent of American drug users got high thanks to Silk Road. This is the first big study of a large sample of drug users who have bought from the Deep Web.

The study was just published in Addiction, a peer-reviewed scientific journal and one of the world’s most influential scientific publications focusing on drugs and psychiatry.

Across a survey of 9,470 respondents in the United States, United Kingdom, and Australia, the study by the Australian trio of Monica Barratt, Jason Ferris, and Adam Winstock found that Silk Road penetrated most deeply in America. 65 percent of Americans had heard of Silk Road while 18 percent had used drugs bought on the site. 40 percent of British respondents had heard of it and 10 percent had used drugs from it. Across these two countries, a full quarter of all people who had heard of Silk Road said they’ve used drugs from it.

The numbers are different in Australia, where 53 percent of respondents had heard of the Deep Web market but a meager 7 percent had used it. This might be explained by the “Australian problem”: Being an island nation, Australian customs is more likely to intercept drugs sent down under. Vendors charge more to send drugs there and Aussie customers have more difficulty finding vendors who will ship illegal substances directly to their door.

After MDMA and marijuana, up to 45 percent of respondents said they’d purchased LSD and 27 percent bought a product from the psychedelic 2C family of drugs. Cocaine, amphetamines, and the psychedelic 25I-NBOMe, which was particularly popular in the United States, followed.

Silk Road really shines when customers find drugs they can’t buy on the street. In fact, 89 percent of users bought from Silk Road specifically because it offered a wider range of drugs than they could otherwise find. Americans in particular greatly valued the all-inclusive pharmacy.

Other cited reasons customers used the site included better quality drugs, greater convenience, and the vendor rating system that establishes trust. Compared to the British and Australians, Americans listed anonymity has a big reason as well.

When the study asked drug users why they didn’t use Silk Road, the response was not quite what one might expect. The fear of being caught ranked only second with about half of all users saying that factored in. The number one answer from 68 percent of drug users was that they already had adequate access to all the drugs their hearts could desire.

Many American users also said they found accessing bitcoins to be too difficult. There were also concerns that prices were too high or that they may be ripped off. Some said the entire process was just too much effort.

Although Silk Road was seized by the FBI in October and its successor has faced major legal trouble around the world, new Deep Web markets are continuously popping up to meet the billion-dollar demand on drug users on the Internet.