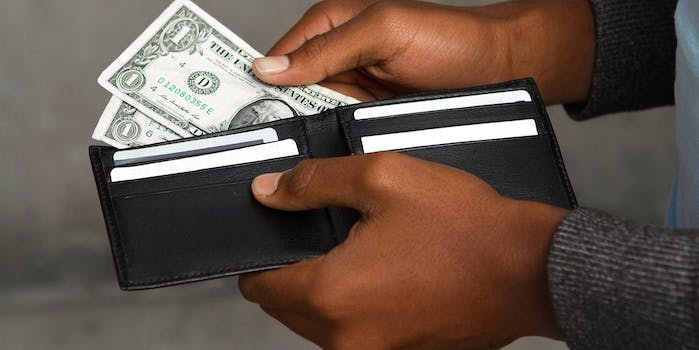 Where to shop anti-Trump this holiday season

These companies have vocally stood against the president-elect, and many put their profits toward good causes.

After Donald Trump’s election, many opponents have attempted to vote with their dollar by boycotting Trump’s brands and the companies that carry them. The #GrabYourWallet campaign has even influenced a few companies to drop the brand entirely.

However, boycotts are a work of negative energy. It’s one thing to not spend your money with a particular company, but it’s the holiday season, and unless you want to hand-make all your gifts (a fine idea!), you’ll still be spending your money somewhere. So instead of buying a shirt from a company whose CEO just didn’t say anything about Trump, here are companies using their platforms to protest the president-elect as well as others that are donating proceeds to protect people vulnerable under Trump’s policies.

We’ve known about B&J’s woke af blog for some time, so it’s no surprise it’s using its platform to call for a reauthorization of the Voting Rights Act. The company lists issues it supports on its site, including LGBTQ rights and the overturning of Citizens United, and the Ben & Jerry’s Foundation has provided grants to community organizations across the country.

This independent T-shirt company is now donating a portion of all its proceeds to “organizations that need help protecting others,” including the ACLU, Planned Parenthood, and Trans Lifeline. Between $5 to $10 per shirt sold is paid out to organizations monthly, and under each item, SEIBEI lists which organization proceeds go to. So finally, you can give to a good cause while reminding everyone you had sex once.

After the election, Theallet publicly announced that, while she had designed clothes for Michelle Obama, she would not be doing so for Melania Trump, and called on other designers to do the same. Her luxury women’s clothing line is definitely geared more toward the 1 percent, but if you can afford it, the thought certainly counts.

A Grubhub gift card was already a good gift idea for your younger brother who you have no idea how to shop for, but the company also made anti-Trump headlines after an internal memo from their CEO Matt Maloney leaked. The memo said, “We do not tolerate hateful attitudes on our team,” and that anyone who disagreed could hand in their resignation.

This caused backlash among Trump supporters, but Maloney later clarified, “The message of the email is that we do not tolerate discriminatory activity or hateful commentary in the workplace, and that we will stand up for our employees.”

Lush is currently encouraging customers to sign a petition against government shutdowns of internet access, which impacts free speech and personal safety. Sales from a limited-edition bath bomb also went to the Digital Fund.

Lush’s owners also spoke about the election on Facebook, writing, “We believe in the free movement of people, treating all equally and in a fair chance for everyone globally. This doesn’t change today. We will continue to stand up for what we believe in, to look after each other, our customers and our partners in change.”

Penzeys sells specific powders and its own seasoning blends, which always make for nice gifts, but the company was also in the news recently after its newsletter called out racism and condemned Trump. “The open embrace of racism by the Republican Party in this election is now unleashing a wave of ugliness unseen in this country for decades,” wrote Bill Penzey Jr.

Many non-Trump-voting Republicans were angry at Penzey’s sentiments, which he clarified on Facebook: “You really are a good bunch, but you just committed the biggest act of racism in American history since Wallace stood in the schoolhouse doorway 53 years ago. Make this right. Take ownership for what you have done and begin the pathway forward.”

For every jar sold, the company is also donating one jar of Penzeys Pepper to an organization that feeds those in need.

Serta was the Trump Hotel mattress brand of choice, but after Trump made disparaging comments about Mexican immigrants, it vowed not to renew their licensing agreement. “Serta values diversity and does not agree with nor endorse the recent statements made by Mr. Trump,” Serta said in a statement in July.

Founder Hamdi Ulukaya has employed nearly 300 refugees at his company, which made him the target of racist attacks on the company’s Facebook page. Ulukaya also signed the Giving Pledge, promising to donate the majority of his personal earnings to helping refugees.

Honorable Mentions: The GrabYourWallet campaign has a list of companies that don’t carry Trump products, have not actively spoken in favor of Trump, or who have not donated money to his campaign. It includes Target, which Trump supporters continue to boycott over their gender-neutral bathroom policy.