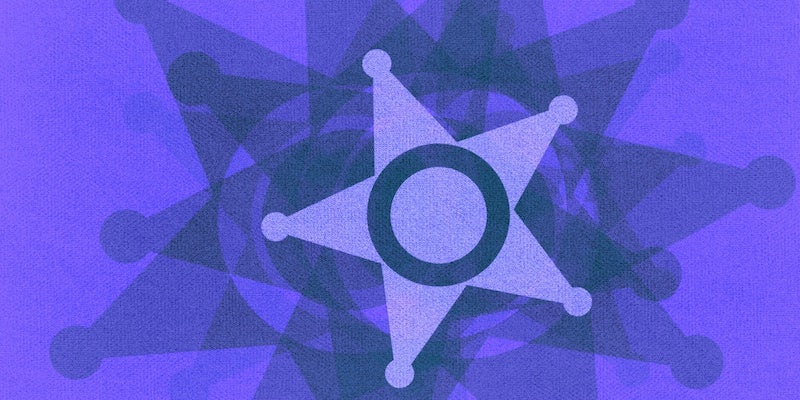 In addition to refusing to enforce gun-control laws, the sheriff investigating Thursday’s mass shooting at an Oregon community college is apparently a mass-shooting conspiracy theorist.

Douglas County Sheriff John Hanlin, who said he would refuse to enforce new gun-control restrictions in a 2013 letter to Vice President Joe Biden, posted a YouTube video on his Facebook page that offered (debunked) theories about whether the U.S. government had staged the Sandy Hook shooting.

via @ResEd: Sheriff of Roseburg wrote to Biden in 2013 to say he won't enforce "unconstitutional" gun control laws. pic.twitter.com/5YPksaPwjQ

“This makes me wonder who we can trust anymore…” wrote Hanlin of a video that suggested “crisis actors” had been hired to play grieving families after the Newtown massacre. “Watch, listen, and keep an open mind,” Hanlin said. 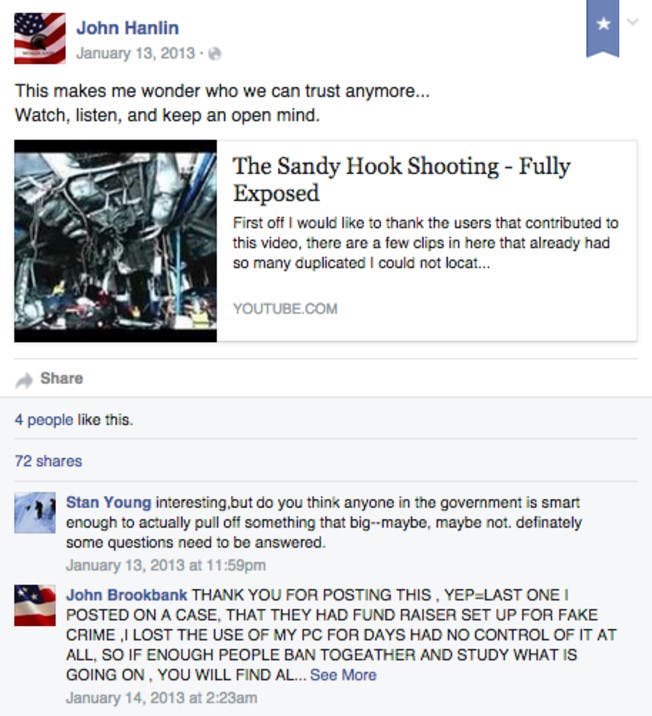 The letter to Biden, in which Hanlin said he would not enforce “any federal regulation” enacted by Congress or the White House that “[offended] the Constitutional rights” of Douglas County citizens, was mailed two days after Hanlin shared the conspiracy video.

“Gun control is NOT the answer to preventing heinous crimes like school shootings,” wrote Hanlin, joining other sheriffs around the country who made similar declarations to the federal government.

Hanlin also shared an image supporting a “Biker Patriot Army” supposedly confronting “1 million Muslims in Washington” on Sept. 11, 2013. Another image depicts a handgun next to the words, “Due to the increased price of ammo, don’t expect a warning shot.”