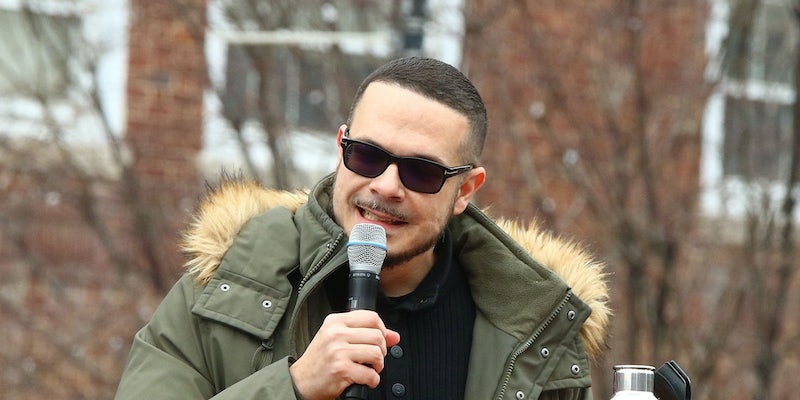 The company says it wasn't notified of an investigation.

A viral Twitter thread from a journalist says that Shaun King’s clothing line, A Real One, is being investigated by the New Jersey Attorney General. In a statement to the Daily Dot, a spokesperson for A Real One said it was not aware of the investigation.

On Tuesday, Philadelphia magazine editor-at-large Earnest Owens tweeted, “SHAUN KING IS GETTING INVESTIGATED BY THE STATE OF NEW JERSEY.”

In response to his tweet, Owens says King’s clothing line is under investigation by the New Jersey Attorney General’s Division of Consumer Affairs. Owens says he received messages from people who had bought from A Real One.

In a Google form linked on the clothing line’s Instagram, A Real One is confirmed to be “Shaun King’s new fashion company.”

“[A Real One has] been formally contacted by the New Jersey Office of the Attorney General, Division of Consumer Affairs inquiring about ‘issues involving purchases,'” Owens tweeted.

He also included a screenshot of an alleged email sent to someone from an investigator with the New Jersey Attorney General’s Division of Consumer Affairs. In the email, the investigator asks for someone’s phone number to discuss the “issues involving purchases.”

Owens seems to have been one of the first to know because in an email to the Daily Dot, a spokesperson for A Real One said that the clothing line has “never been notified of any such thing.”

“[We] have diligently sent orders to customers and refunds to anyone requesting them,” the spokesperson told the Daily Dot.

King has been called a “controversial activist” and has been accused of “capitalizing off of Black trauma.” In May, King told Newsweek that reports of his clothing line being a scam were “a complete fabrication.”

In their responses to Owens’s Twitter thread about King, some Twitter users felt that King was getting what he deserved.