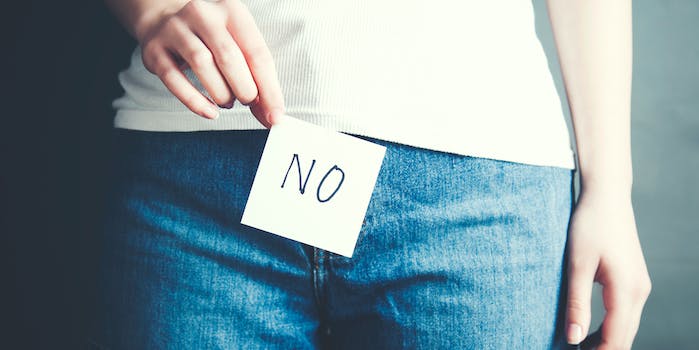 Why should women deny themselves pleasure to teach men a lesson?

This weekend actress and activist Alyssa Milano called for women to go on a sex strike to protest increasing restrictions on reproductive rights, but many women, especially queer women, think such a demonstration is ineffective, privileged, and exclusionary. It’s also utterly useless in addressing the problem.

The Milano-led sex strike is in response to bills and laws in several states that outlaw abortion after six weeks. The most egregious of these laws is in Georgia, where a person can be charged with conspiracy to commit murder and imprisoned for 10 years for planning to travel to get an abortion. “Until women have legal control over our own bodies we just cannot risk pregnancy,” wrote Milano on Twitter. “JOIN ME by not having sex until we get bodily autonomy back.”

Our reproductive rights are being erased.

Until women have legal control over our own bodies we just cannot risk pregnancy.

JOIN ME by not having sex until we get bodily autonomy back.

Some people were eager to join in, referencing historical events in which sex strikes ended violence. However, brokering a truce is different than getting men to support reproductive rights. Many people who are skeptical of the sex strike posed the question: Why are all these pro-choice women apparently sleeping with men who don’t enthusiastically support their rights? Why sex strike when you could just break up with him?

go on a "sex strike" if you want/need to, but you could also dump your awful boyfriend and/or date women + other people who are not men. just a suggestion, girl!

For those who aren’t dating anti-choice men, it raises another question: If your partner already supports abortion rights and access, who are you hoping to convince with this strike? One supporter of the sex strike argued on Twitter that it’s not about convincing conservative men at all, but “motivating the decent men in the world to get out there and kick all the so-called ‘pro-life’ laws and their creators out on their asses.” If this is the case, it’s unclear when the sex strike ends. Does it end when your partner says, “Sorry, I’ll go donate to Planned Parenthood right now,” or does it end when the law in Georgia is repealed? All of these questions aside, if your partner already shares your support for reproductive rights and you want them to be more politically active on that front, here’s a date idea: Be politically active together—go to a rally, volunteer as clinic escorts, write letters to state representatives—rather than passive-aggressively withhold affection from them, and pleasure from yourself.

me explaining to my boyfriend why we’re going on a sex strike: pic.twitter.com/AU6PYVv30C

Perhaps the biggest problem with the sex strike is that it operates from the premise that sex is an activity benevolently granted to men by women. This view of sex is a sign of both internalized misogyny and queer erasure. It reinforces the idea that women’s bodies are for male consumption and that women are not sexual beings on their own without the sexual appetite of a man to satisfy. It also fails to acknowledge that some people could be violently assaulted by abusive partners if they were to try to participate in the sex strike.

By saying that a sex strike is necessary because “we just cannot risk pregnancy,” Milano and others participating are both erasing queerness and body diversity, assuming that women must be having sex with men who can get them pregnant. However, there are lesbians, bi women, infertile people of all genders, queer women, asexual women who aren’t having sex in the first place, trans women who can’t get pregnant, women dating trans men who can’t get anyone pregnant, and so on.

To ask en masse that women join a sex strike to withhold sex from men erases the identities and experiences of many women. Worse, it asks women to suffer and deny themselves pleasure for the wrongdoings of people they’re probably not even dating.

Like so much celebrity activism, the crucial flaw is that it’s mostly performative. It’s catchy, but the ideas behind it don’t point to any clear goal and place the labor on the shoulders of the wrong people. In the end, the question we should be asking is, why can’t these women just talk to the men who purportedly love them about their reproductive rights? If you feel the need to resort to withholding intimacy to get something from your partner, the problems go deeper than his political views.