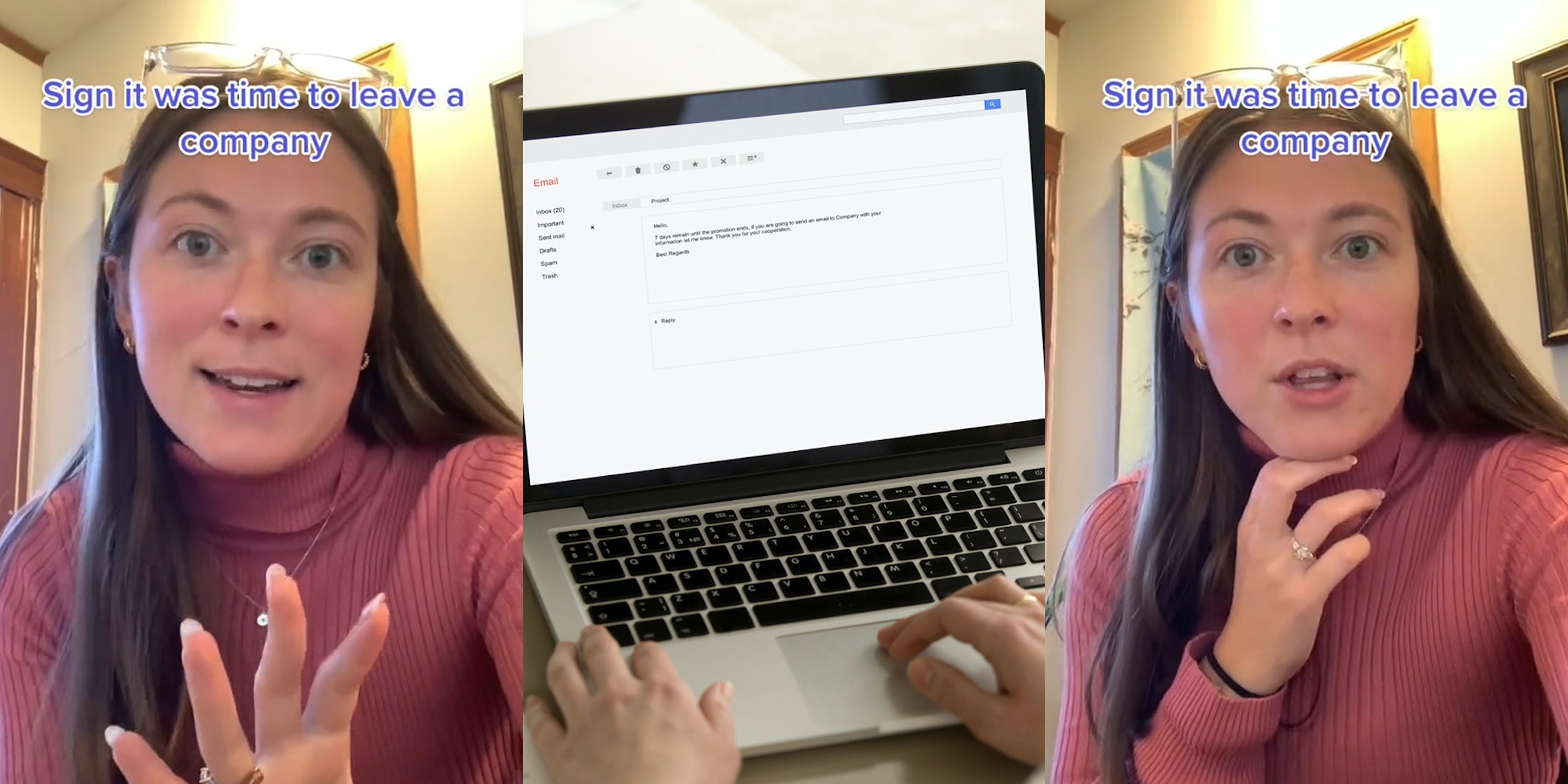 ‘I put in my two weeks less than a day later’: Worker says senior colleague berated her after she corrected their grammatical mistakes in an email for customer

'A leader who can't take correction isn't worthy to lead.'

TikToker @stillpoorandhungry, who goes by $yd on the popular social media platform, relayed a story about a senior work colleague who insisted on sending out a grammatically incorrect email and was upset she corrected the errors in the message they were intending to send to a client.

The TikToker says she remained professional during the interaction and tried to explain what was wrong with the email to the work colleague. She says she initially tried to discuss the matter in as delicate a way as possible. The TikToker says the exchange between her and the senior work colleague was so uncomfortable that she put in her two-weeks’ notice at the job almost immediately.

$yd says in her TikTok, “One of the signs that I knew it was time to leave my last company was I was working with one of my senior colleagues, and we were writing an email together to then send to a customer. I sent my senior colleague like a template of ‘Hey, here’s what I’m thinking.’ They made a bunch of edits and sent them back to me and said, ‘OK great this is ready to go.'”

Apparently, their colleague didn’t take too kindly to having their words edited, even if it was to make the email grammatically correct. “‘Why would you do that? Like this is bad,” the TikToker recalls the senior colleague telling her.

She continues, “And I was like, ‘Oh yeah, I just noticed a couple of grammar mistakes, so I fixed them, but it should be ready to go, right? And they were like, ‘No, you’re gonna send what I sent you. And I was like, ‘We would be sending the customer an email full of grammar mistakes and then asking them to pay us.’ And they were like, ‘This is how I want it.’ I’m pretty sure I put in my two weeks less than a day later.”

TikTokers responded to $yd’s story by sharing similar work anecdotes of their own where fellow employees, managers, and supervisors insisted on implementing strange or flat-out incorrect methodologies on the job while refusing to listen to anyone else’s input.

Others remarked that “leaders” who were unable to take criticism or any type of correction isn’t a leader at all because it shows that they’re working to supplant their own egos and aren’t really attempting to work for a situation, i.e. giving the client a great experience or providing exceptional service. And there were a few TikTokers who said they would outright refuse to send poorly worded emails from their own accounts and would tell their bosses to do it themselves.

According to a 2022 Value Penguin article, some 82% of surveyed employees expressed they’ve considered leaving their jobs because of tensions or perceived incompetence of a manager they work under. It was reported that in November of 2021, a whopping 4.5 million U.S. employees quit their jobs during the Great Resignation, which has left tons of employers scratching their heads as to what they could’ve done better in order to keep their workers around.

The Daily Dot has reached out to $yd via email for further comment.