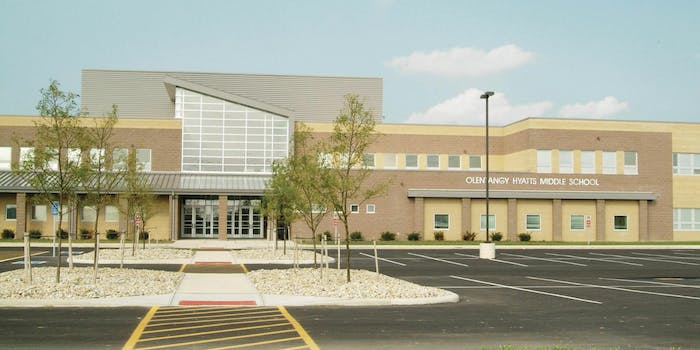 The students could face felony charges.

A group of middle school students is being investigated for serving their teachers crepes filled with semen, according to 10TV-WBNS.

The students at Hyatts Middle School had reportedly filmed themselves putting semen and urine in crepes that they were making for a cooking competition on Thursday. In judging the home-economics contest, several teachers ate the crepes.

“One student filmed some of it, and the video made its way around the school and fortunately to school administrators,” Tracy Whited, Delaware County sheriff’s office spokeswoman, told the Columbus Dispatch.

Authorities are investigating at least eight students. They believe at least five people have been contaminated with the bodily fluids, including teachers and staff members, and they’re now awaiting results of a forensic analysis test. Two of the students could face felony assault charges, according to USA Today.

On Monday, the school was refusing to speak with journalists. The Olentangy Local School District said in a statement that they are looking into the matter and providing support to the teachers and staff affected.

“Leadership and local law enforcement are conducting a thorough investigation into this incident, and anyone found in violation of school policies will be held accountable for their actions,” the district said in a statement published by the Dispatch. “We are also focusing our efforts to support the teachers impacted by this incident.”

A local who lives in the neighborhood questioned the kids’ motives and the power of virality. “I’m honestly just appalled that kids have to resort to this to get social media attention,” Jake Vance, 22, told the Dispatch. “I can’t think of anything even remotely close to this when I went to middle school.”