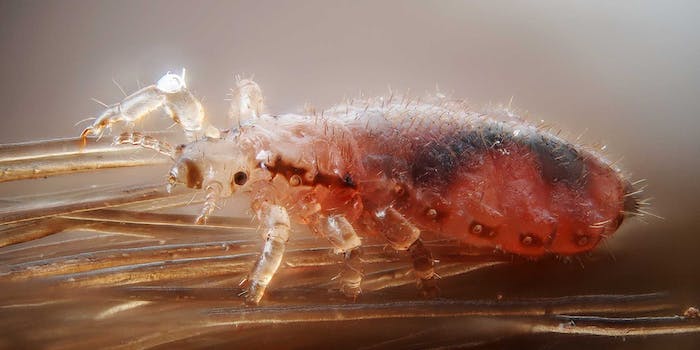 Who cares if your head itches? Anything for Instagrams, right?

The next time you want to take a group picture, you might want to think twice before huddling close together and hoisting up that smartphone in front of you. A new claim asserts that selfies can cause the spread of head lice among teens.

Marcy McQuillan, who works at a lice removal clinic in California, told SFist that she has seen an increase of lice among teens and young adults. The reason for this? Selfies.

“Typically it’s younger children I treat because they’re at higher risk for head-to-head contact,” McQuillan said. “But now, teens are sticking their heads together every day to take cellphone pics.”

The federal Center for Disease Control and Prevention estimates that between 6 to 12 million cases of lice occur in the U.S. in children ages 3 to 11. There isn’t reliable data, however, concerning the exact number of cases of lice throughout the year or even if there is a rise in teens contracting lice.

Dr. Richard J. Pollack, who teaches at the Harvard School of Public Health and runs a pest identification clinic called IndentifyUS, told NBC News that lice is rare in teens, which means they are unlikely to spread it in the first place. Even then, disseminating the disease via close contact while taking a selfie is “ridiculous.” Pollack called McQuillan’s assertion a marketing ploy to get more business.

Selfies are a conversation starter for sure; they are a celebrated activity of high schoolers, celebrities, and world diplomats. They’re also arguably responsible for a new-found societal narcissism. But are they to blame for head lice? Maybe not.