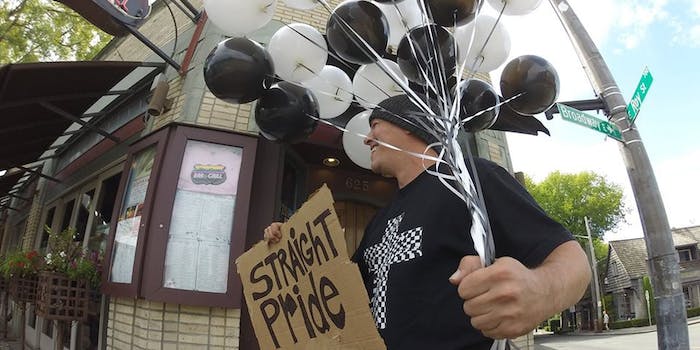 Seattle’s Anthony Rebello claims he just wants to celebrate his sexual orientation like the LGBT community does. That’s why he used a Facebook event page to try and organize a straight pride parade on Sunday “to celebrate our right to be heterosexual, and to encourage younger heterosexuals that they should be proud of their heterosexuality.”

No one showed up to Rebello’s trolling of the LGBT community, according to local sources. Instead, he stood alone in the Capitol Hill area, clutching a bunch of black-and-white balloons and holding a “straight pride” sign. 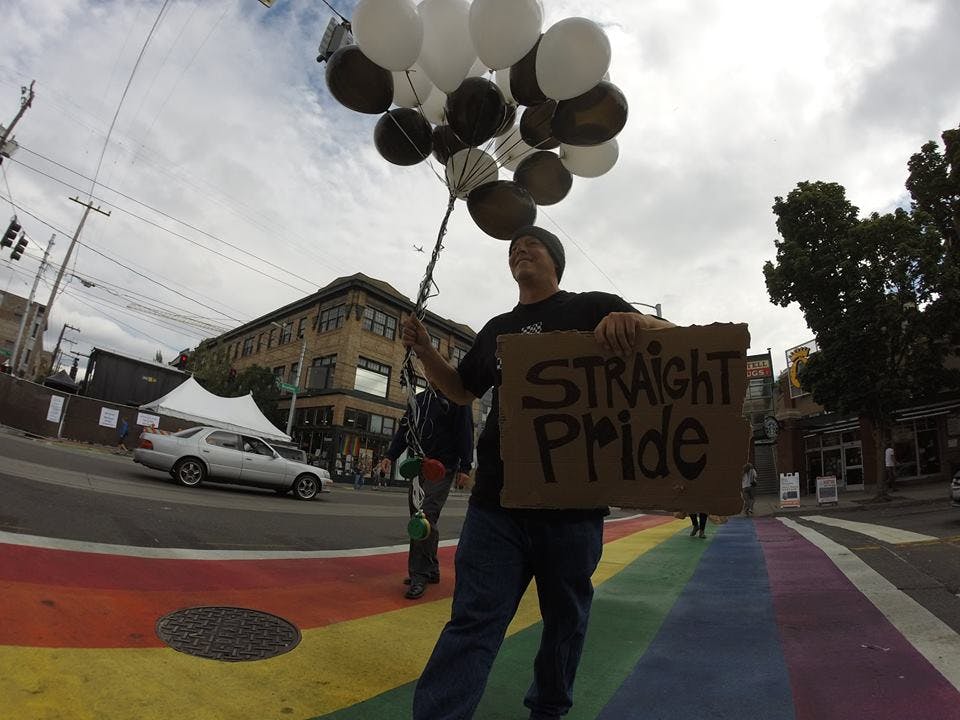 Whether Rebello’s ongoing stunt (he’s stood on the street with straight pride gear a few times before this) is an epic joke, legitimate commentary, or a piece of performance art, no one knows for sure. But for a few days there, it was quite a heated conversation online.

On June 29, Rebello posted that he was getting flak from the LGBT community: “We mean no harm by celebrating. This is a positive event for heterosexuals. If you don’t like the fact that we are having a parade to celebrate our beliefs, feel free to show up and protest.”

To this, one commenter responded with a meme of a baby crying and the caption “Heterophobia!” The other 746 comments consisted mostly of people calling Rebello an idiot while he responded with accusations of “bullying.”

At the Stranger, Dan Savage pointed out that Rebello’s intentions were a bit more insidious than laugh-worthy. Savage dug up an old post of Rebello’s that made his views on same-sex marriage disturbingly clear.

Rebello’s website reveals that he is a father to young children, once spent eight months living alone in the forest, is a frequent skateboarder, and a fan of both a clean-shaven head and wearing T-shirts that feature the four-sided Iron Cross, a known white supremacist symbol.

In that, Rebello is perhaps not the most surprising advocate for heterosexual pride, but he’s also not one that most heterosexuals would want representing them.