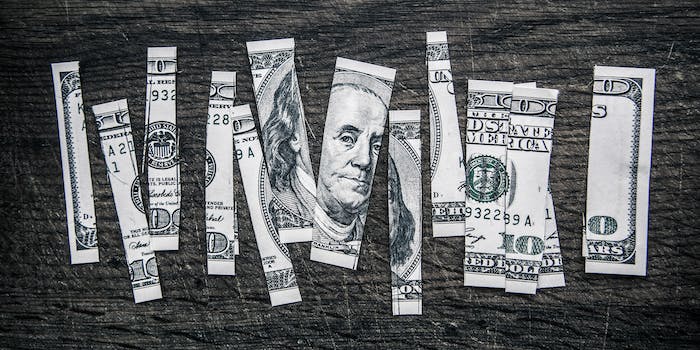 Ghosts of your previous salary, begone!

In New York City, no longer will one low salary mean a lifetime of possibly being underpaid.

On Wednesday, the city council passed a bill that prohibits New York City employers from asking prospective hires about their previous salary history in order to determine a salary offer, according to AMNewYork.

Sponsored by Public Advocate Letitia James and Democratic Councilwoman Elizabeth Crowley from Queens, the bill is designed to ensure that women aren’t underpaid, and are made accurate salary offers based off their work and accomplishments rather than their previous earning.

“Being underpaid once should not condemn you to a lifetime of inequity,” James said during her announcement on March 23.

The sponsors cited wage gap studies revealing just how little women, and minority women in particular, are paid in comparison to non-Hispanic white men. According to one study, women in the city were paid $5.8 billion less than men in 2016.

Though the mandate applies to both state and private sector companies, it only applies to new hires, as opposed to a company’s internal candidates whose salaries may already be on file. It also excludes public employees with salaries determined by collective bargaining agreements. Companies in violation of the measure could face investigation and fines between $125 and $250,000.

According to the Cut, bans on salary history considerations already exist in Philadelphia and all of Massachusetts, and are being considered in California.

“When women are paid less for equal work, one job to the next, not only are they cheated…they are proportionally cheated in their retirement benefits,” James said. “Improving the status of women has a lasting effect on all communities, including men, children and families…Individuals should not look at this as a women’s issue. This is an issue that affects all of us.”