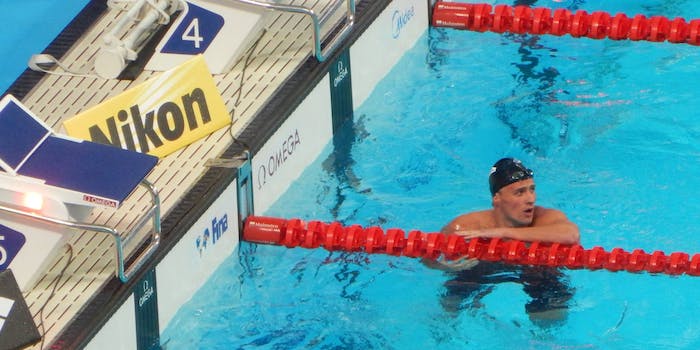 Olympic swimmer Ryan Lochte went on NBC to explain his side of what happened n Rio.

Speaking to NBC’s Matt Lauer, disgraced Zoolander merman Ryan Lochte explained that he “over-exaggerated” his much-shared story about being held at gunpoint in Rio.

In other words, he lied.

This saga began when Lochte claimed that he and three other Olympic swimmers had been mugged by men disguised as police, a story that quickly went viral online. Brazilian officials then said the story was a lie, and Lochte and one of the other swimmers, Jimmy Feigen, were indicted by Rio authorities for falsely reporting a crime. Instead of being held at gunpoint, it is now believed that the swimmers were involved in a drunken altercation at a gas station.

After a long career of being viewed as a harmless doofus, this has not been a good week for Ryan Lochte. In an awkward sitdown interview, he attempted to explain what happened.

As Lauer points out, it now sounds like the incident involved the swimmers “negotiating a settlement” for causing damage to the gas station, whereas Lochte’s original account painted a picture of “the mean streets of Rio.” Lochte told him that he takes full responsibility for the scandal, which he described as the result of “immature behavior.”

Lochte’s full interview is set to air on Today on Monday.