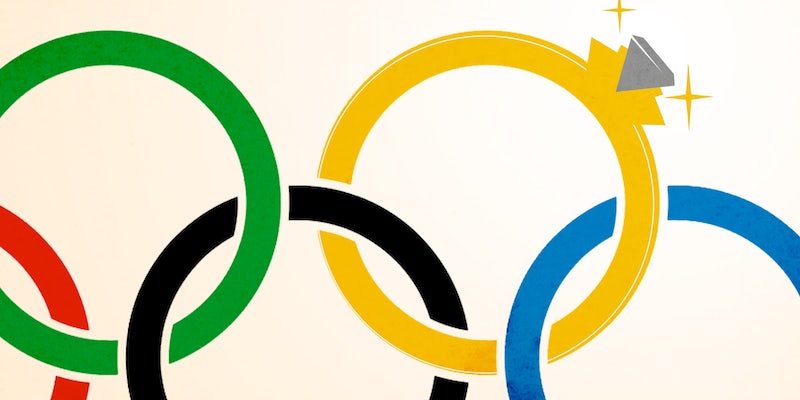 Nearly a week after lesbian players on the U.S. soccer team spoke out against homophobic crowd chants during the Rio Olympics, a lesbian couple got engaged on the stadium grounds.

Last night, Brazilian rugby player Isadora Cerullo had just finished competing in the first women’s rugby sevens (losing to Australia) when her partner of two years walked onto the field and proposed marriage.

“As soon as I knew she was in the squad, I thought I have to make this special,” Marjorie Enya, who was working as manager at the Deodoro Stadium, told BBC. “The Olympic games can look like closure but, for me, it’s starting a new life with someone. I wanted to show people that love wins.”

The couple can marry in their home city of Sao Paolo, where same-sex marriage has been legal since 2013.

The heartwarming kiss that followed the proposal is reminiscent of U.S. soccer player Abby Wambach’s famous embrace of wife Sarah Huffman after the women’s team won the World Cup in 2015.

Sometimes, a simple kiss and hug are all it takes to change the world.