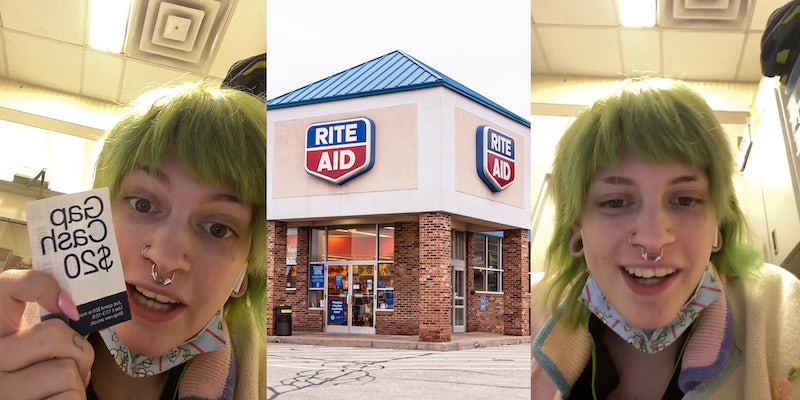 'You said make the customer happy!'

A Rite Aid manager went viral on TikTok after she claimed that one of her employees accepted a coupon for Gap. In the clip, user June (sertalineluvr2) jokingly rants about the incident.

“Hi, guys. Local Rite Aid manager. I just want to know why someone accepted this coupon for Gap at my fucking Rite Aid?” she asks her followers, revealing a $20 Gap Cash coupon. “Which one of my dumb fucking–” and the video cuts off.

The TikTok has been viewed over 34,000 times as of Thursday. Many users in the comments joked that they would likely do the same thing as the employee.

“That’s something I Would do tbh,” one viewer said.

“As a former CVS manager, it was probably easier than arguing with the customer,” a second commented.

“Honestly I’d prolly do that over hearing some mid 40’s Karen yell at me about rejecting it,” a third concurred.

Others shared their own experiences with employees accepting items from the wrong store.

“This happened once when I was a manager at Macys and she said ‘you said make the customer happy!’ And I… couldn’t argue that, she was totally right,” one person shared.

“I work at McDonald’s and a teenage coworker accepted a gift certificate to a local run down diner,” a second added.

“My Walmart coworker took a return of something from Burlington,” a third stated.

The Daily Dot reached out to June via TikTok comment.