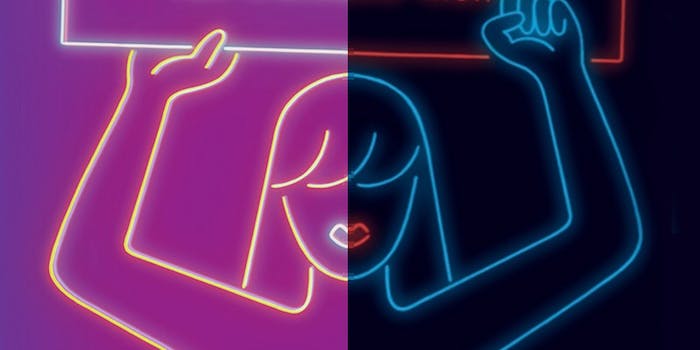 Have questions about decriminalizing sex work? Start with ‘Revolting Prostitutes’

It's a must-read for the decade.

If you’ve been following sex workers’ rights for the past few years, then you know the path forward revolves around a fight for decriminalization. But what’s the Nordic model, and how is decriminalization different from legalization? What’s the argument against letting providers sell sex and arrest clients buying it?

These are difficult questions to ask, ones that go well beyond the four-word mantra “sex work is work.” But Revolting Prostitutes has some answers.

Originally released in November 2018, Revolting Prostitutes entered its second edition this month. The book explores a wide assortment of myths and misconceptions about sex work, along with policy recommendations that would give full-service sex workers a safer workplace with more labor rights.

But criminalizing sexual labor puts sex workers at further risk of violence from the police and the larger carceral system, and it prevents sex workers from accessing a legal system with protections against exploitative managers and abusive clients. So while Revolting Prostitutes advocates for overthrowing capitalism so work as we know it no longer exists, Mac and Smith believe decriminalization is a vital harm reduction measure that would protect sex workers from violence by the police state.

Or as Mac puts in meme format: “sex work is work and work is bad.”

Revolting Prostitutes covers whorephobia (hatred and discrimination against sex workers) among feminists and myths around sex-trafficking and sex work. The book tackles complex topics that even sex workers struggle with, criticizing issues like classism in the sex worker community, professional dominatrixes who distance themselves from full-service sex workers out of whorephobia, and why decriminalization isn’t a one-size-fits-all solution.

“We were conscious when we were writing the book that we wanted to center those experiences as much as possible, just because our analysis is focused on harms like criminalization, poverty, and deportation, and trans sex workers, sex workers of color, and migrant sex workers all get the brunt of those harms,” Smith told the Daily Dot. “But equally, we could probably have done better in retrospect—I regret that we didn’t have room to talk much about HIV criminalization, for example.”

“Legalization” and “decriminalization” are often used interchangeably, but the two are not the same. Revolting Prostitutes describes the former as “a legal model that heavily regulates a legal strand of the sex industry while continuing to criminalize workers who can’t or won’t comply with various bureaucratic requirements,” from mandatory health tests to registering as a sex worker on public records. Full decriminalization is “a legal model that decriminalizes the sex worker, the client, and third parties such as managers, drivers, and landlords, and regulates the sex industry through labor law.”

The former privileges middle- and upper-class sex workers who can easily navigate state bureaucracy. Anyone who cannot access these privileges sells sex illegally, which gives police power over providers and grants brothel managers wide-ranging control over their employees. Decriminalization, on the other hand, demolishes criminal infringement on sex work. Just as an author doesn’t need a license to freelance or write a book, a sex worker can simply sell sex.

“One of the absolutely key things that we’d like people to take away from the book is the understanding that the more financially precarious someone is, the less safe they will be, in general, in terms of selling sex,” Smith said.

In the Nordic model, selling sex is decriminalized, but purchasing sexual services or engaging in the industry as a third party (i.e., a manager) is criminalized. The model is used in Sweden, and its intent, as Revolting Prostitutes outlines, is to “go after the man who pays for sex” and thus “end demand.” But when purchasing sex is criminalized, providers lose access to safe, reliable clients who may have more to lose from a police arrest. This “gives [sex workers] less power to refuse a man she might otherwise turn down,” Mac and Smith write.

“Before we did not go far with the customer; we would go to a car park nearby,” the book quotes from a migrant sex worker. “But now the customer wants to go somewhere isolated because they are afraid… I don’t like it. There is more risk that something bad happens.”

The Nordic model gained ground in New York with a rebranding called “The Equality Model,” spearheaded by Ashley Judd and Alexi Ashe Meyers. Sex workers quickly panned the initiative for the same reasons Revolting Prostitutes lays out, to the confusion of civilians. What the latter didn’t understand is that the existence of sex work is unavoidable. If capitalism requires socioeconomic marginalization, Mac and Smith write, then the most vulnerable identities will inevitably sell sex to make ends’ meet. Thus, decriminalization is a harm reduction tactic that lets providers earn money to acquire the resources they need to survive under capitalism.

Revolting Prostitutes is available in print or ebook as part of Verso Books’ “Reading in a Time of Coronavirus” sale.