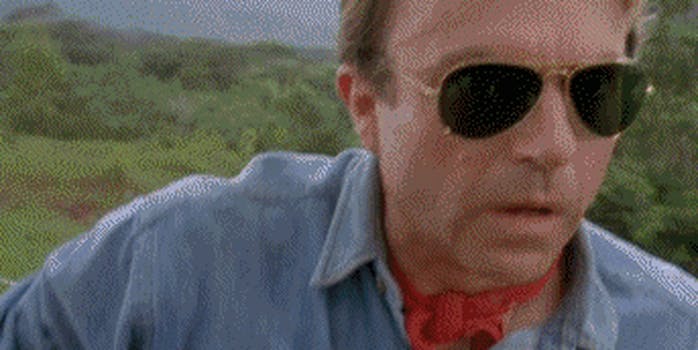 The Museum of the Moving Image wants your best reaction GIFs

The Museum of the Moving Image will now pay tribute to the GIF’s noblest form.

The Museum of the Moving Image in Astoria, Queens, has run well ahead of the pack when it comes to curating GIFs as works of art. It will now pay tribute to the GIF’s noblest form: the endlessly useful “reaction” GIF—those snippets of TV and film that say so much more than words alone ever could. “Moving Image as Gesture” is the installation’s subtitle.

Sure, the GIF as we know it is on its way out, recently usurped by the GFY. But to scroll through a Reddit crowdsourcing session prompted by Jason Eppink, the museum’s Associate Curator of Digital Media, is to recognize just how essential these looped animations have become in online dialogues. It’ll be a herculean task to narrow the field to just a canonical few.

For starters, many reaction GIFs can be spawned from a single meme. “Deal With It” is a popular, defiant attitude, and often features the judicious application of sunglasses. There are enough variations that a list of the Top 50 has been attempted, but we think it’ll be pretty tough to top this classic:

And classic is what Eppink is after—at least 30 of the most-deployed images, to be displayed from March 12 through May 15 alongside simple translations. “[I]f you had to describe how reaction gifs are used in Reddit comment threads to your grandmother,” he wrote, “which ones would you show her and how would you describe what they mean?”

Entries should be used “to express emotions like wonder, distrust, bemused curiosity, and smug satisfaction.” Or whatever Bill Cosby is feeling below. (We do feel compelled to remind you that the infamous Citizen Kane clapping GIF, to go by the film’s narrative, should only be used when stubbornly applauding a doomed enterprise.)

No matter which reaction GIFs ultimately make it into this de facto hall of fame, we can’t wait to go see (and review) the show for ourselves. It’s sure to be a fitting tribute to the “nuance and concision” of this world-altering art form. Keep up the good work, MOMI.