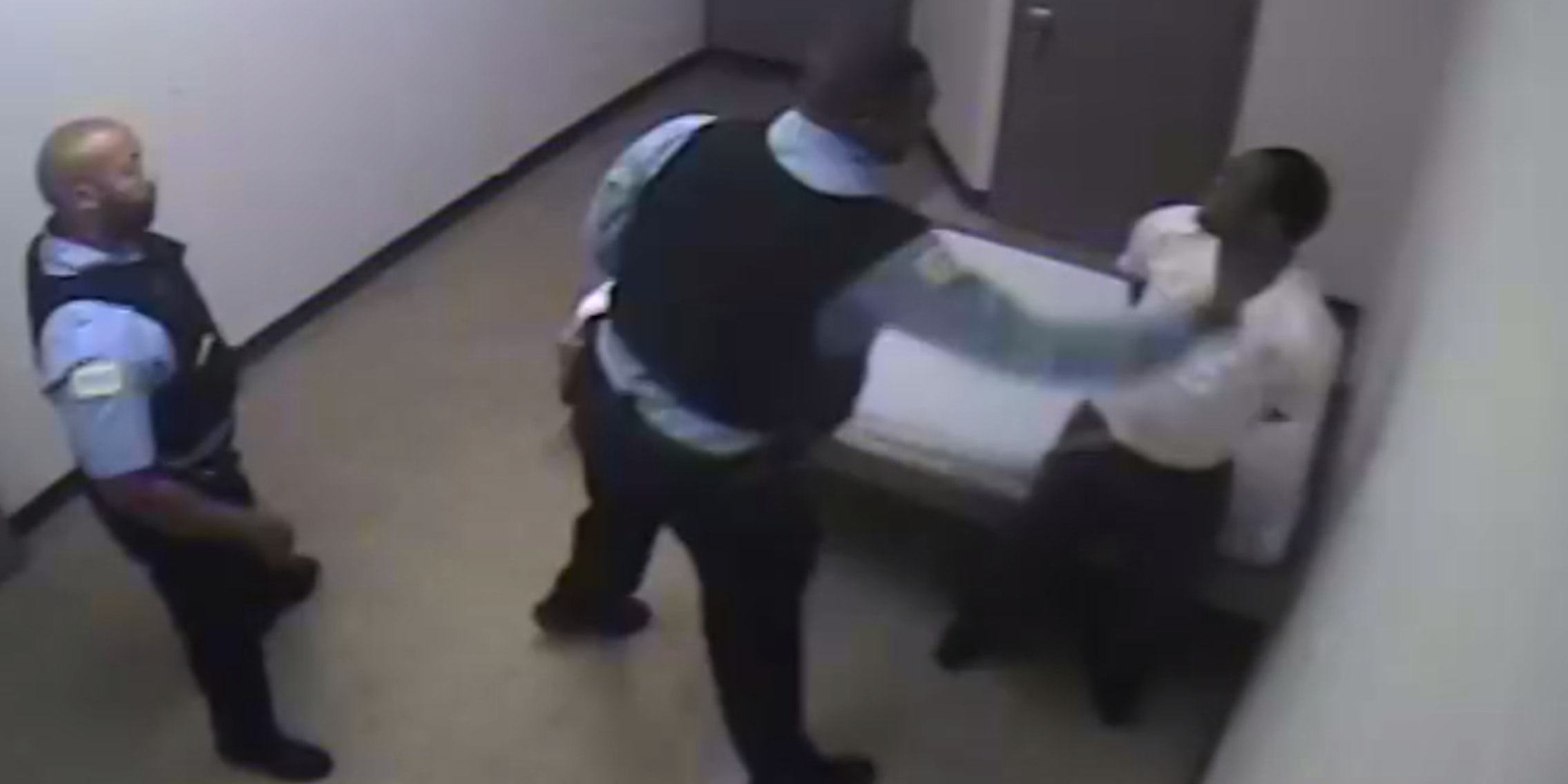 Prosecutors allegedly contradicted the victim's story and blamed him for not cooperating.

Criminal charges against a Chicago cop who was recorded hitting a handcuffed Chicago man Rayshon Gartley during a psychological evaluation have been dropped, the Root reports.

The case arose from an incident in 2014 in which Gartley was taken to Chicago’s Jackson Park Hospital for an involuntary psychological evaluation. His family had reportedly called the police because he was off his medication, and they needed help.

Surveillance video from the hospital, obtained by the organization Chicago Citizen Office of Police Accountability, shows a police officer marching a handcuffed Gartley into a room followed by a second cop. The first officer, Clauzell Gause, shoves Gartley into a wall, strikes him in the face, then knocks him onto a bed and begins repeatedly hitting him. As the first hospital staff member begins to round the corner into the room, Gause quickly stops and walks away from Gartley, and the second officer arranges Gartley on the bed.

Gartley brought a civil suit against the city for the alleged attack and was awarded $175,000 in 2018. As a result of that lawsuit, a criminal investigation was opened, and the Cook County State’s Attorney Office charged Gause with official misconduct.

Now, over five years after the violent encounter, prosecutors have dropped the charges against Gause, citing a lack of cooperation from Gartley. According to the Chicago Tribune, the state attorney’s office stated that it “cannot proceed and meet our burden without the testimony of Mr. Gartley.”

Even if Gartley did punch Gause before being placed in handcuffs, he was still in handcuffs when Gause attacked him, making “self-defense” pretty hard to claim. Gartley’s attorney, Andrew M. Stroth, says the video should have been more than enough evidence. “I think anyone could look at that video and make a determination that it’s excessive force,” Stroth told the Chicago Tribune. “I just think there’s other evidence that supports prosecution. … To just drop the charges? That’s not appropriate given the situation.”