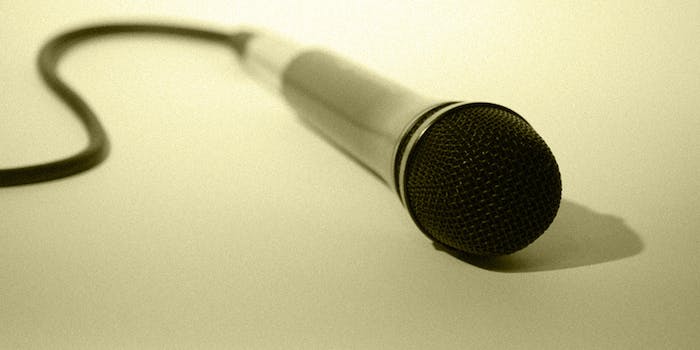 A private investigator in California has apologized for singing an astoundingly racist song about Michael Brown at a charity event hosted by a retiring police officer.

LAPD Officer Joe Myers, who spent more than 30 years on the job, probably wasn’t expecting his charity event to make national news, especially for one of its performances. But as soon as Gary Fishell, who works at the Elks Lodge in Glendale, Calif., took the mic, things went south.

“Michael Brown learned a lesson about a messin’/With a badass policeman,” Fishell began in his parody of “Bad Bad Leroy Brown.”

TMZ obtained a video of the entire performance, which features vivid, disgusting descriptions of Brown’s death in Ferguson, Mo., in August, which sparked national protests against police violence. The rendition ends with the line “His whole life’s long gone/Deader than a roadkill dog.” 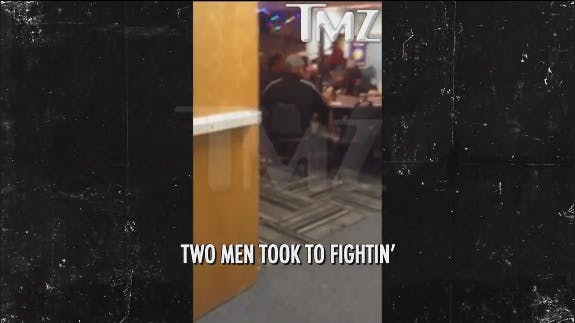 Here are the lyrics overheard in the video:

“Michael Brown learned a lesson about a messin’
With a badass policeman
And he’s bad, bad Michael Brown
Baddest thug in the whole damn town
Badder than old King Kong
Meaner than a junkyard dog.

Officer Myers told TMZ that he had no control over what Fishell sang—”This is America. We can say what we want.”—but Fishell’s lawyer told the website that his client was sorry.

The lawyer said Fishell understood that his song was “off color and in poor taste,” and added, “He’s a goofball who writes funny songs.” Ah, yes, the goofball defense.

A trustee for the Glendale Elk Lodge, where the charity event took place, condemned the song, and said the Lodge plans to “take disciplinary action” against Fishell.

“It’s deplorable and inappropriate and the Lodge will take disciplinary action against [Fishell] and possibly the people who organized the event,” the trustee said. “We don’t stand for any racist things like this.”

Asked by TMZ why Fishell sang his Brown song to Myers’ police officer colleagues, the lawyer responded, “He thought the room would get a kick out of it.”