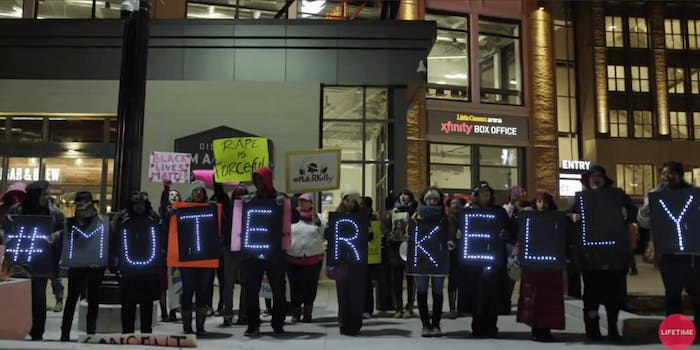 Calls to abuse hotlines are surging after ‘Surviving R. Kelly 2’

The number was included in the latest installment.

Surviving R. Kelly Part II: The Reckoning led to a 40% increase in calls to the National Sexual Assault hotline, according to RAINN, the Rape, Abuse & Incest National Network.

The Lifetime exposé initially documented the numerous sexual abuse allegations against Kelly. The series first debuted in January of 2019, and Kelly handed himself over to the police the next month. The follow-up, Surviving R. Kelly Part II: The Reckoning, streamed Jan. 2-4 and was followed by a surge in calls to the national abuse hotline on Friday and Saturday.

“We are proud to have partnered with Lifetime on this project and are encouraged that our work with the media continues to empower survivors of sexual violence to seek the help that they need to heal,” Erinn Robinson, RAINN press secretary, said in a statement on Tuesday.

In part 1, viewers met the many women who crossed R. Kelly’s path. Surviving R. Kelly reached 26 million streams, according to Lifetime. Part 2 displayed the disbelief that victims faced over the years of abuse, according to the Root.

RAINN is the largest anti-sexual violence organization in the U.S., and the group spread awareness via data collection. Alarmingly, RAINN found that a child is sexually assaulted every 9 minutes. The organization also provides relief for victims. The National Sexual Assault Hotline number (800-656-4673) was included in the second installment of Surviving R. Kelly.

“It’s amazing to know the documentary has encouraged important and necessary conversations to happen and we are extremely proud of our survivors for their courage, who by standing up for themselves, stand for so much more,” said Brie Miranda Bryant, senior vice president of unscripted programming for Lifetime, in the statement.

Kelly is being detained in prison in Chicago and faces multiple charges, including 11 counts of aggravated criminal assault of a minor, in both Illinois and New York. Amid increasing charges and the documentaries showing allegations against Kelly, the hashtag #MuteRKelly became widely used on Twitter.