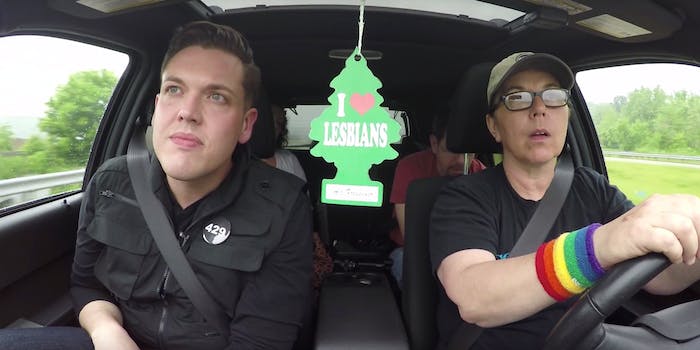 Lesbian farmers are cool, but have you ever met lesbian ghost hunters?

Columbus, Ohio, is a town full of unexplainable phenomenon—like the fact that it seems to have more lesbian bars than any other city in North America, but a population of only 850,106. The college town is also home to Wall Street, a bar that Autostraddle called “the largest lesbian dance club in the country.”

Why is Columbus so haunted by lesbians?

The group is the subject of a new documentary webseries that premieres in October. A trailer for the show, posted to the Queer Ghost Hunters YouTube page last week, follows the small crew as they cruise the ghosts of Ohio searching for untold LGBT histories.

In the trailer, the Queer Ghost Hunters—with gay, transgender, lesbian, bisexual, and gender-fluid members—visit the graveyard of a convent (a fantastic place to find dead lesbians), literal closets in old abandoned homes, and more.

“We decided that it was weird that we assume that ghosts are heterosexual,” said one member of the Queer Ghost Hunters team in the trailer. Another pointed out that many of the places paranormal investigators typically find ghosts are locations that are, well—super queer. Insane asylums, prisons, “well-appointed mansions,” and theaters are just some of the locales the team hones in on, figuring that the gays of days gone by might have stuck around. 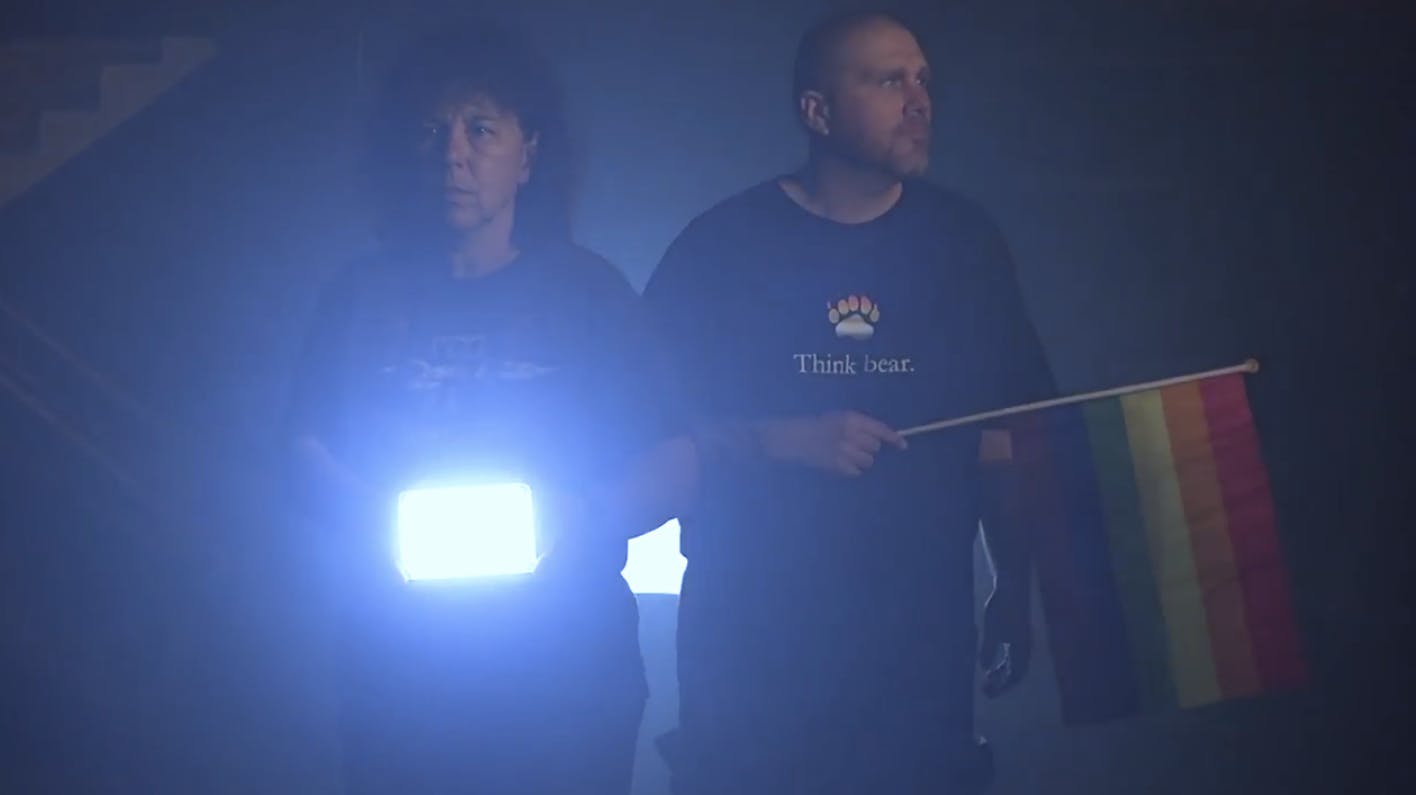 “The ghosts of some of these people seem to still be there and ready to talk,” Shane McClelland, a co-founder of Queer Ghost Hunters, said in an email to the Daily Dot. “But they’ve been waiting for an understanding voice. Plus they seem to be a little randy after all those years. That helps.”

The new series follows the team around as they conduct some very serious investigations into deceased LGBT locals that would otherwise be lost to history. In one case, they found prison records from the early 1900s showing more than 50 young men convicted of sodomy and sent to prison. When they got to the prison, they found male couples had scrawled their names in hearts in graffiti on the walls.

But according to director Stu Maddux—whose previous documentary Gen Silent shone a light on the lives of LGBT seniors—the team has a tongue-in-cheek awareness of how odd their passion seems to others who don’t share it.

“Even though they really believe in what they are doing, they are totally aware of how bizarre it all looks. So their ability to have fun at their own expense has been just as fun to document,” Maddux said in an email to the Daily Dot.

The series promises to be a campier, more historically informative update of classic ghost-hunting shows. Armed with a Lavender Cam (if you’re going to do night vision, do it with style), Elf meter, Rem Pod, EMF Detector, Light Grid Pens, a Spirit Box, and a whole bunch of other Holtzmann-esque scientific stuff that we’re clueless about, the Stonewall Columbus Queer Ghost Hunters get the job done in a way that only the truly obsessed can. 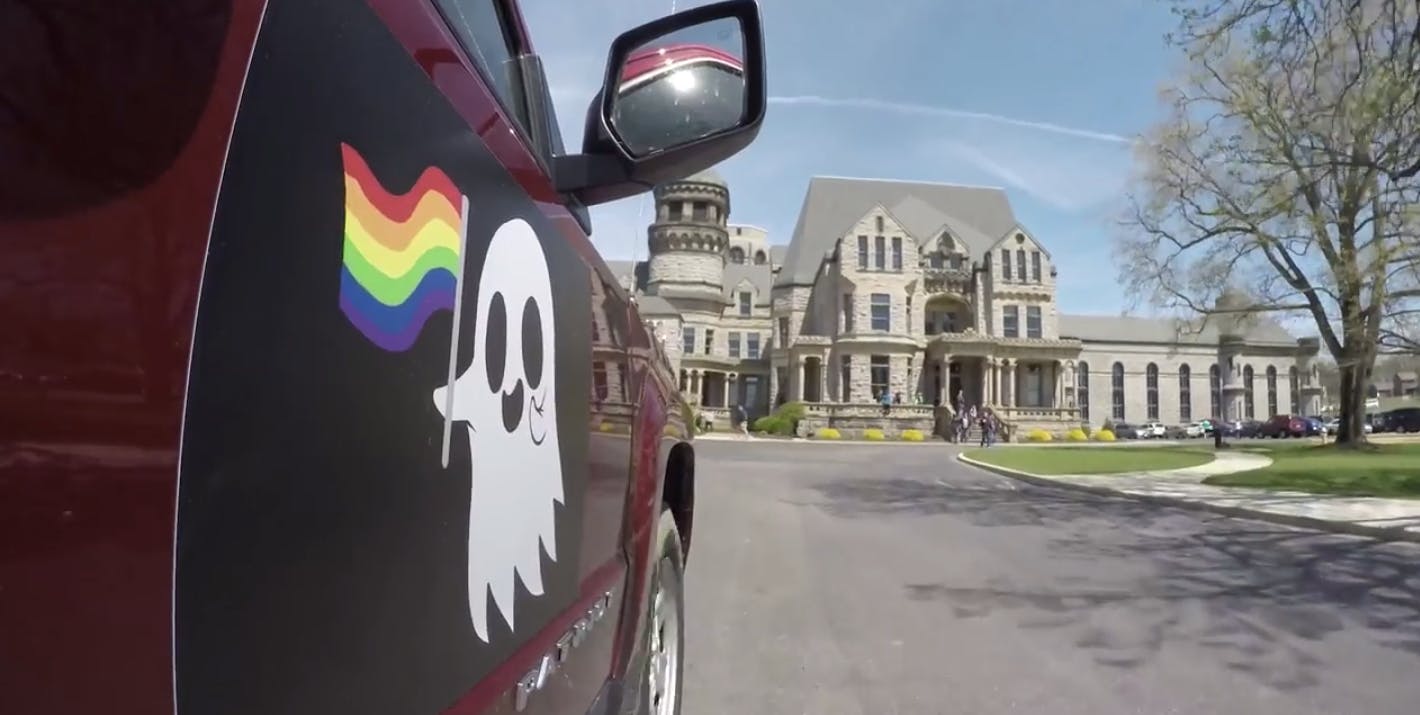 The ghost-hunting team itself was born out of a September 2015 workshop at Columbus’s LGBT community center, where locals got together to learn about equipment and planned to visit some “gay haunts.” By the time Maddux and his co-producer husband Joe Applebaum started filming the team’s paranormal investigations, the Queer Ghost Hunters had already developed a uniquely personal approach for communicating with the dead.

In one scene from a director’s update that Maddux posted on YouTube, lesbian ghost hunter Lori Gum invites the ghosts of local nuns to hop in the back of her 4×4, which is filled with what looks like coolers and camping gear. In another scene from the trailer, three guys visit a former shower room of the old prison where one of the LGBT ghosts appears to coyly flirt.

“Are you attracted to Scott?” asks one of the team, noting that the equipment was pointing to yes. The team laughs and jokes for a moment, but then Scott responds in a serious tone: “Thank you, I’m actually very flattered.”

Even ghosts can get lonely, it seems—and a little cruising in the afterlife never hurt anybody.