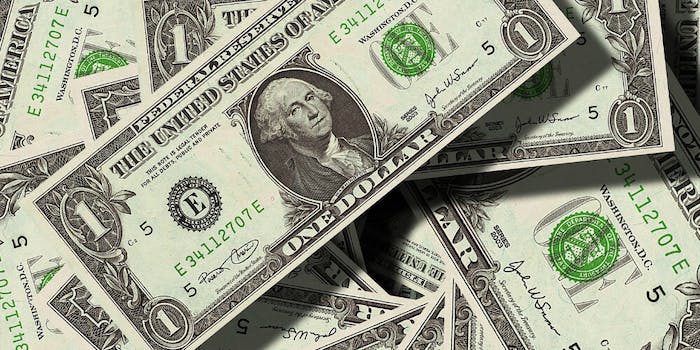 The 57-year-old was arrested on Monday and charged with theft by unlawful taking and theft by deception.

According to NBC News, the charges were filed after an internal audit revealed ongoing suspicious activity between July 2007 and April 2017. Nwankpa stands accused of using grant money to reimburse himself for unauthorized and “no receipt” purchases.

The university launched an investigation and placed Nwankpa on administrative leave, leading Nwankpa to resign.

According to the Philadelphia District Attorney’s Office, Nwankpa spent more than $96,000 on ‘“goods and services” provided by Cheerleaders, Club Risque, and Tacony Club–all adult entertainment venues.

He also frequented sports bars and blew over $89,000 on iTunes purchases, meals, and other unauthorized transactions. Although the professor argued that the charges were simply for catering and food, many of the transactions occurred on weekends, between midnight and 2am.

“This is an example of flagrant and audacious fraud, and a shameful misuse of public funds,” U.S. Attorney William McSwain stated. “The agencies providing these grant funds expect them to be used towards advancements in energy and naval technology or public benefit, not for personal entertainment.”

Drexel University officials have since issued a  statement regarding the issue.

“Drexel takes allegations of unethical or unlawful business conduct on the part of any members of the university community very seriously and remains committed to being in full compliance with all billing regulations and requirements,” the statement reads.

The university agreed to pay the amount of the former professor’s almost decade-long spending spree to resolve potential liability under the False Claims Act.

The university also said it has added auditing procedures to prevent any fraudulent misuse of funds from occurring in the future.

Nwankpa has since repaid $53,328 to the university.
“After a comprehensive investigation by our office’s Economic Crimes Unit, Mr. Nwankpa will have his day in court and will have to answer for his crimes,” District Attorney Larry Krasner said in a statement, per NBC News.
Nwankpa was ordered to surrender his passport and pay a $25,000 bail. His preliminary hearing is scheduled for  Jan. 29.
READ MORE:
Share this article