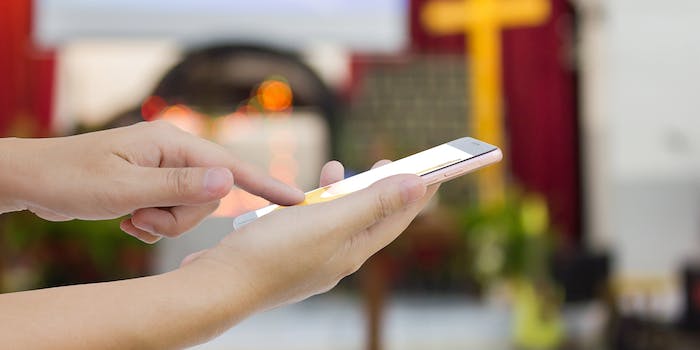 The contractor also claims the priest fired him when he complained.

Nobody likes getting unwelcome dick pics via texts. Especially not from the priest of the church where you work.

Monsignor Larry McGovern of the Church of the Presentation in Stockton, California, is the target of a sexual harassment lawsuit alleging that he texted snapshots of his genitals to a guy the church hired to clean its pool.

According to attorney Vince Finaldi, who spoke with Stockton’s local Fox40, the pool contractor confronted McGovern about the pics—asking whether such a come-on didn’t violate his vow of celibacy.

“Oh, that just means that you’re not married,” McGovern allegedly responded to the plaintiff.

The lawsuit was brought just days after the pool contractor was fired, which he alleges was revenge for his complaining about the sexually explicit photos.

According to OC Weekly, this isn’t the first time that Monsignor McGovern has been involved in a sex scandal. According to the paper, McGovern was a key witness in a decade-old case against Oliver O’Grady, a priest who admitted to sexually abusing dozens of children during his tenure at central California churches. The Stockton Diocese’s cover-up of the abuse was the central theme of the harrowing documentary Deliver Us From Evil.

OC Weekly also published what it identified as one of the texts that McGovern sent to the pool contractor—which is included in the lawsuit.

“Monsignor McGovern was a witness and denied knowing of any sexual improprieties…despite living with them in the rectory for years and contrary to victim statements,” Finaldi said in a press release, referring to the O’Grady testimony from years back. “It is sad but not surprising that he now stands accused of sexual misconduct.” 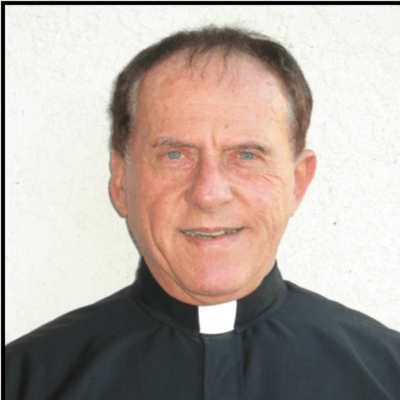 In response to the lawsuit, the Stockton Diocese released a statement saying that McGovern had been placed on leave while an investigation is launched.

Today the Diocese of Stockton learned for the first time of employment related allegations against Monsignor Lawrence McGovern, the Pastor of Presentation Parish in Stockton. In accordance with the Canon Law of the Church, Bishop Stephen Blaire has placed Monsignor McGovern on administrative leave pending a full and complete investigation.

The plaintiff and his attorney want to see the monsignor removed from his position entirely.