In 2005, I walked out into the middle of the town square and shouted 'I’M BISEXUAL.'

In 2005, I walked out into the middle of the town square and shouted “I’M BISEXUAL.” There I stood—in front of the nightclub, the coffee shop, and the gift shop—telling a bunch of people that I wasn’t straight for the first time.

In reality, I was 8 years old, in my friend’s basement, and playing on a secret Club Penguin account that I made for the sole purpose of telling the other users on my server that I was bisexual.

“That means I’m looking for a boyfriend OR a girlfriend,” I typed, giggling in front of the desktop computer.

The opportunity to say who I truly was to a handful of people from behind the safety of a screen was vital for me. It planted a seed of courage that would grow over the next 15 years: In 2020, I came out as queer—this time, in real life.

Club Penguin, a multiplayer online game, no longer exists. It lives on in memories as a world in which users played as penguins, lived in igloos, and chatted with each other on different servers. But queer teens are still using online games to explore their identities and come out.

While millennials flocked to Webkinz, Neopets, or Club Penguin, today’s teens are using Minecraft, Dragon City, and games on Roblox to meet other queer people and discuss their sexualities and gender identities.

Online games offer safe, age-appropriate spaces for teens to try out labels without the pressures of their real lives that may deter them from coming out. Often, games are an intermediary between acknowledging one’s queerness privately and publicly.

Almost half of teens are playing online games, according to the Washington Post, which reported in 2018 that 45% of all teens and young adults play video games. Gaming websites still have to ask players if they are over the age of 13 to play in compliance with the Children’s Online Privacy Protection Act, which attempts to prevent children under 13 from sharing their personal information online. But kids still lie about their ages online.

R, who asked to be identified by their first initial, is 16 years old and living in Washington. They told the Daily Dot that in one early memory of exploring their gender fluidity online, they told people that they were a boy when playing Dragon City, a mobile game that allows users to raise dragons and create habitats for them. R was 9 years old.

When they became more aware of their queerness, R had more questions. So, they checked out “LBGTQ safe spaces” on Roblox, a platform on which users can play and/or create games. Some safe spaces had games within them; others were lobbies that played music with chat rooms. R asked other players questions about their sexuality, like “what does it mean if I like boys sometimes and girls other times?” or “why do people look at me weird when I call girls pretty?”

R said that the answers they got to those questions came in the form of advice: Other users who had more knowledge on the LGBTQIA+ community told R that they were probably queer and should find out what labels they were most comfortable using on their own.

“I was encouraged to explore and learn on my own,” R told the Daily Dot. “Rather than just be told what I am.”

Although R says they grew up around queer people, they said they weren’t exposed to genderfluidity or transness. They credit asking questions on Roblox as a big part coming to terms with their gender identity.

Keeper, a 16-year-old trans boy from Washington who has been best friends with R since the two met in elementary school, also said that he turned to online spaces to fill in the gaps of what he wasn’t learning in his real life.

He said that his parents kept him “sheltered and offline” as much as they could and considered him to be a tomboy who was uncomfortable with femininity. But when he played a game on Roblox based on Warriors, a series of books, he was able to play as male characters and role-play queer relationships with other players.

“I was able to realize that what I was feeling was normal,” Keeper told the Daily Dot. He was surrounded by other players that identified themselves as trans and/or queer in their character bios. “And it gave me a chance to explore the possibilities of being trans,” he said.

If kids don’t feel comfortable or don’t know how to ask questions about their identity, they can easily find community online, according to Ty Galiz-Rowe, an editor at Gayming magazine who used Club Penguin to explore their identity like I did.

Online spaces, like games, can be a place where kids and teens find queer elders—or queer people further along in their journeys of self-understanding—to point them in the right direction.

All of which makes the case of internet safety and engaged parenting, Galiz-Rowe said.

“It is really, really important to have those age-appropriate spaces,” they told the Daily Dot. “Because if you don’t have access to online games, or you don’t have parents that you can talk to you about that kind of stuff,” queer kids might search for answers in spaces that are less regulated than Roblox or Dragon City.

Exploring one’s identity online is vulnerable, and online games can be a perfect place to do so because of their anonymity, Galiz-Rowe said. Gamers can be free from the pushback they could receive about their identity in their real life. And unlike social media, online games usually rely on screen names that don’t force players to share their personal information.

“There’s a lot of internet spaces where people can kind of figure things out without having to necessarily attach their everyday face to it,” Galiz-Rowe told the Daily Dot. “Now there’s so much more space for it, especially with something like Minecraft. You can have your own server that is curated to be whatever community you want.”

That’s how Willow, an 18-year-old transfem person living in New York City, explored her identity. When playing Minecraft—a world building game that has players exist in different modes, like “survival,” “create,” and “adventure”—at 15, Willow would state the labels she was using or her pronouns, which allowed her the opportunity to say those things out loud and see how other people might react.

“Someone would ask, ‘Any gays in here?’ or call something ‘gay,’” Willow told the Daily Dot. “And I’d be like ‘I’m gay, what’s wrong with that?”

She calls the experience supportive and cathartic for her and said Minecraft servers were the only place she felt comfortable coming out, “knowing that everyone [in the chat] would forget it the next day and nobody [in her real life] could ever find out.”

In Minecraft servers, Willow was able to try out labels for herself and see how they felt.

“Without these spaces, it would have been really difficult to come to terms with who I really am,” Willow said. “Because coming out IRL feels like a big heavy door that you spend so long trying to push open, and if you didn’t choose the right door, then you have to go through the process again.”

Minecraft and other online games are low-stakes, community-based environments, which are great for queer people exploring their identities. Many of us come out multiple times—first using one label, then using others, according to a 2019 study on how one’s sexuality continues to develop during adulthood.

Some queer people feel shame about coming out multiple times . They don’t want to be perceived as “confused” simply because they used to use one label for themselves and then decided to use a different one, Cody Mejeur, a professor at the State University of New York at Buffalo who specializes in queer and gaming studies, told the Daily Dot.

“Games allow LGBTQ youth and adults to [come out again and again] in safer ways,” Mejeur said. They explored their identity on Guild Wars, an online role-playing game, and are trans nonbinary.

Plus, some online games are anonymous, temporal environments that grant players an opportunity to interact with different people every time. If one comes out to another user in a game, they may never meet again, which is an atmosphere that makes a lot of LGBTQ people feel more comfortable sharing their identities.

That’s how I felt about all the other penguins who were in the town square with me the day that I declared my nascent queerness. I was glad they would forget about what I said and not even know it was me who said it.

The light green penguin who declared “I’M BISEXUAL” in town square all those years ago eventually tried on a couple of different labels—and now uses the word “lesbian” to describe herself.

Read more from The Internet Made Me Queer 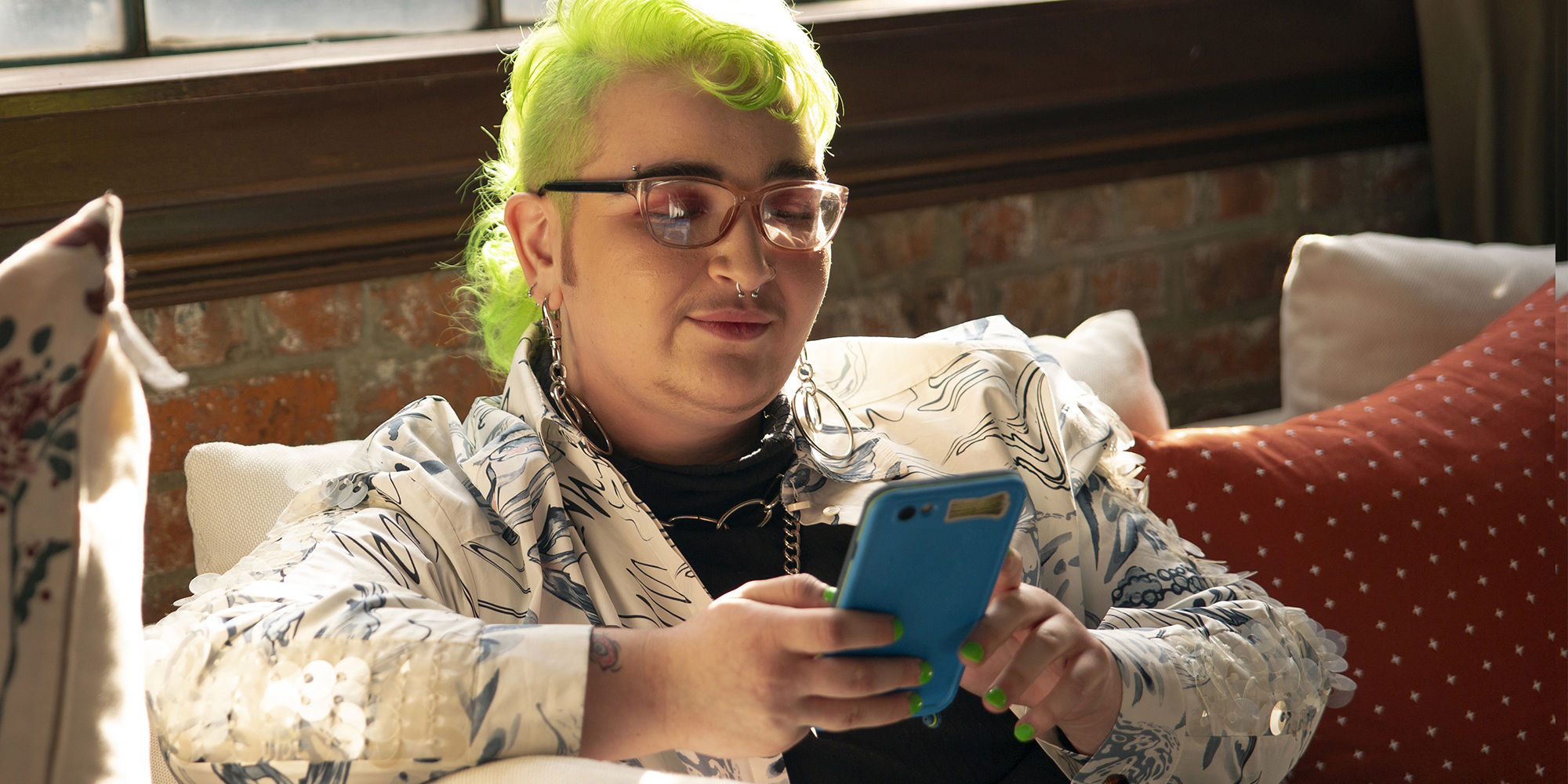 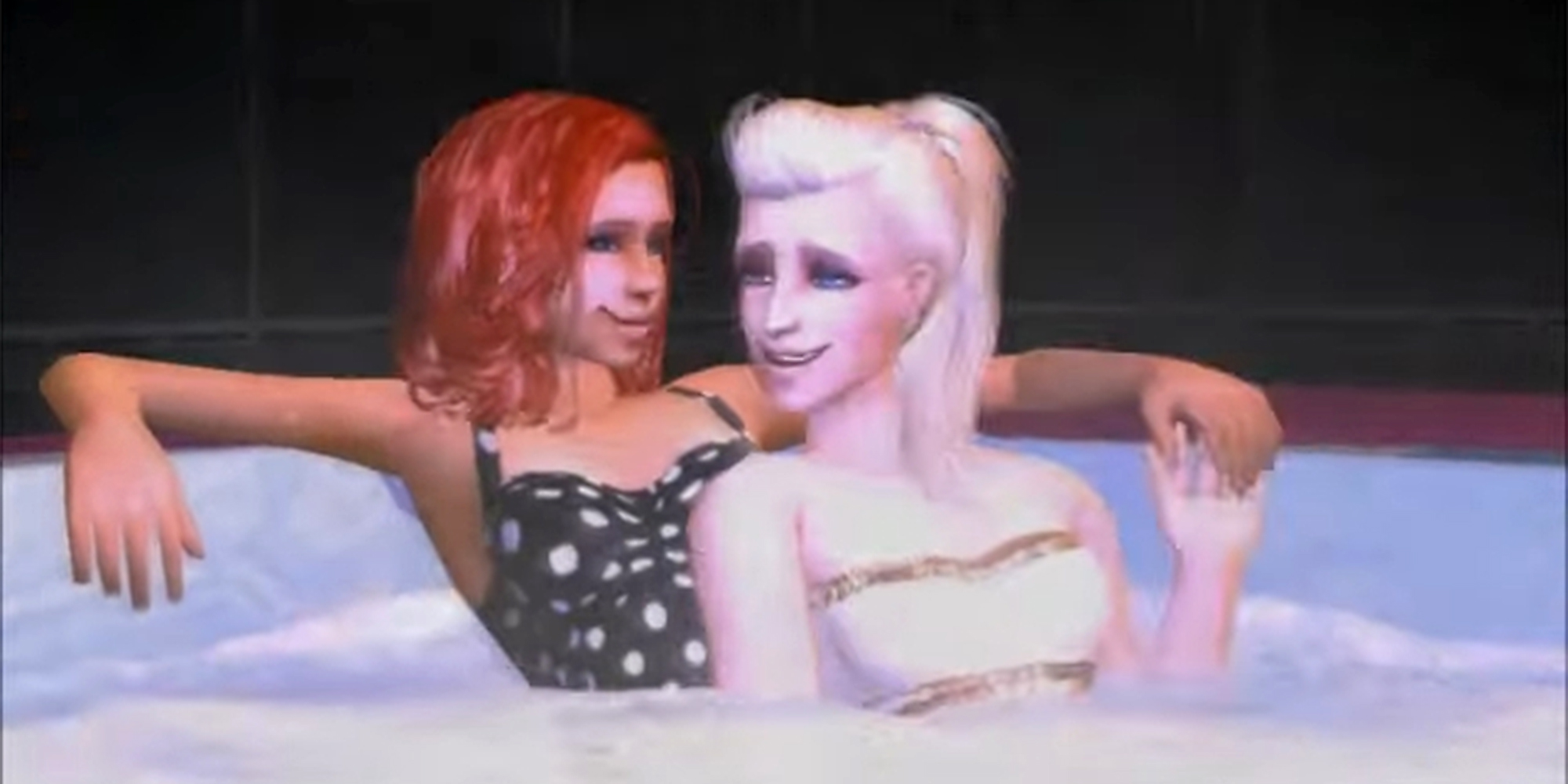 Sign up to receive the Daily Dot’s Internet Insider newsletter for urgent news from the frontline of online.
Share this article