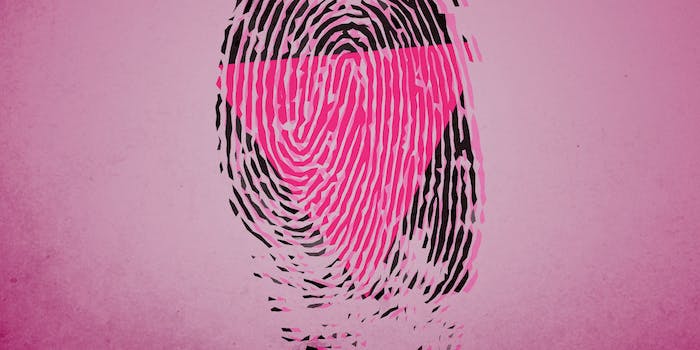 We have no idea how many LGBT people are killed each year.

As one of only seven openly gay members of Congress, he was the lone congressman to speak out against the federal raid of Rentboy, the gay hookup site and sex worker community. And on Thursday, he responded to the tragic Orlando massacre of 49 LGBT clubgoers by introducing a bill that would mandate federal reporting on the deaths of LGBT Americans for the first time.

Maloney’s PRIDE Act (Providing a Requirement to Improve Data Collection Efforts) would fill a glaring gap in law enforcement data collection. Currently, a person’s sexual orientation and gender identity are not systematically reported at the time of their death.

According to a March 2015 study in the journal LGBT Health, race, marital status, age, occupation, and military service are recorded when a person dies—just not whether they were gay or transgender, for example.

That kind of gap in data causes massive problems for researchers and LGBT advocacy groups—who struggle to calculate suicide or violent homicides in the community—down the line.

“After last month’s terrorist attack targeting our LGBT community,” said Maloney in a statement on Thursday, “I was shocked to learn that the lives lost in Orlando will not be counted as anti-LGBT murders because our country’s data collection on violence against LGBT Americans and LGBT suicides is offensively inadequate.”

If Maloney and others were shocked to learn that the Orlando victims would not be categorized as queer or trans in federal death data, it came as no surprise to New York’s Anti-Violence Project (AVP). The organization has been tracking anti-LGBT violence for over 20 years, using a grassroots, alternative data collection system based on community reports. Why? Because it has no other option.

“We get asked all the time how many violent deaths of LGBTQ people have happened in the course of a year, but the truth is we don’t know, because there is no standardized system collecting this information,” said Emily Waters, AVP’s senior manager of national research and policy, in an email to the Daily Dot.

AVP hasn’t yet signed on to the PRIDE Act, but the group did sponsor a similar piece of legislation introduced in May. The LGBT Data Inclusion Act, introduced by Raúl M. Grijalva (D-Ariz.), aims to have sexual orientation and gender identity included in federal surveys like the U.S. Census.

Basically, there’s never been a way to officially and accurately track any data about LGBT people on the national level.

In June, the first major estimate of America’s transgender population was released by the Williams Institute. But that data—estimating a national population of 1.4 million trans people—had to be pieced together with limited Centers for Disease Control information about a handful of states.

If the LGBT Data Inclusion Act passes, Census numbers could offer an accurate portrait of the nation’s LGBT residents for the very first time.

“Not collecting information on sexual orientation and gender identity renders the problems and issues impacting the LGBTQ community invisible,” said Waters. And that lowered visibility can lead to an increase in danger for the community.

“We know that LGBTQ youth are at high risk of suicide attempts, but we don’t know if that also equates to a high percentage of suicide deaths,” said The Trevor Project’s executive director Abbe Land in a statement about Maloney’s PRIDE Act. “As the saying goes, ‘If you’re not counted, you don’t count.'”

The PRIDE Act would authorize $25 million towards expanding the National Violent Death Reporting System (NVDRS) to all 50 states and mandating that sexual orientation and gender identity be included in the system. Currently, three of the largest states in the nation—Florida, Texas, and California—do not report death data to the federal system at all, much less track LGBT deaths. That means about a third of the U.S. population is missing from federal death statistics.

“LGBT people matter, we count,” said Maloney in the statement. “We’re doing everything we can to understand where, how, and why violence against the LGBT community and LGBT suicides are happening. This bill could save lives.”