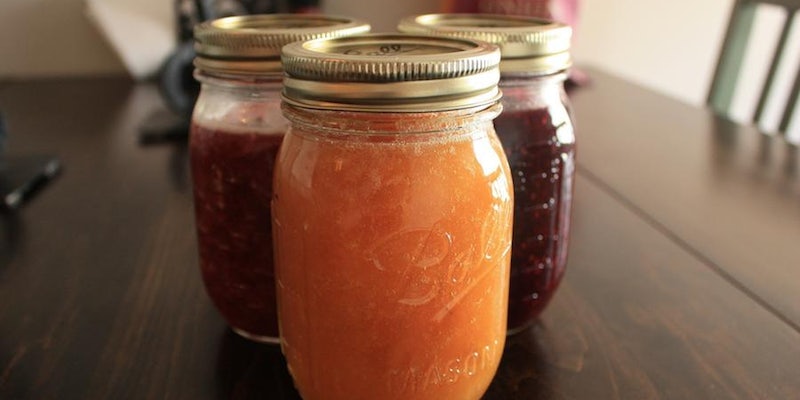 People on Pinterest are wild about stuffing food in jars

My earliest memories of preserving are connected with colors: the soft greens of pears, the springy orange of peaches, the jewel-like purple of plums, the deep, royal red of raspberries and the bright, sprightly pinks of strawberries. I grew up in an old house that was halfway between the country and the city, in a wide-open space that hadn’t yet been encroached by suburban sprawl.

In the front yard was an overgrown orchard. Every year I’d watch my mother pull out rows of glass mason jars, and help her carefully fill each one with all manner of relish and jam, along with whole fruits. So come winter time, we’d be able to grab a jar from our cold cellar and be reminded of summer’s bounty.

My interest in preserving was re-awakened through social media roughly six years ago, when I tweeted to English chef Jamie Oliver a question about what I should do with an overabundance of cherry tomatoes. He tweeted back at me almost immediately: Slow-roast them on very low heat, with salt and fresh herbs, then preserve them with olive oil in glass jars. You’ll love it.

Easy enough, I thought. I wound up with six big glass jars of delicious cherry-tomato preserves, which acted as beautiful sauce-boosters and pizza-toppers well into winter. I’ve been wanting to do more preserving ever since. 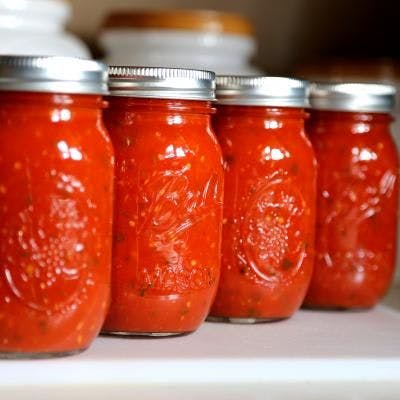 It’s no mystery that the online world has boosted food culture to inestimable degrees, catapulting the home cook into superstar status and making the word “foodie” a part of our everyday vernacular. You know when Buzzfeed features a listicle of “28 Incredible Meals You Can Make In A Mason Jar” and Rookie Magazine features a strawberry jam recipe that preserving has gone well beyond its stodgy farmer’s-wife image.

In fact, the growth of popularity preserving and canning have enjoyed the last few years points to a culture where younger people in particular are hungry for the kind of tactile, sensuous experience the opportunity affords. 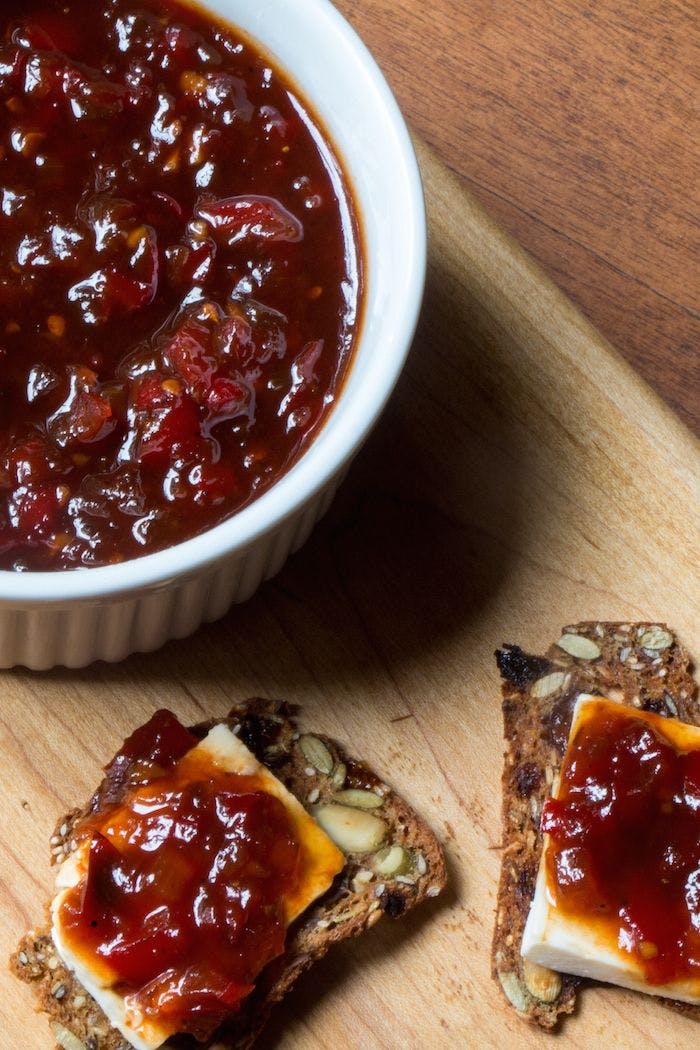 The rise of DIY apricot jams and tomato sauces on Pinterest is, in some ways, a step backward in the evolution of food culture.

“As a culture we don’t have to make anything to survive anymore,” explains Marisa McLellan, the founder of the popular preserving blog Food in Jars. “For millennia, for as long as humans were around until about 100 years ago, in order to survive you had to make things: You had to make food and make clothes and knit. And suddenly you didn’t have to make anything to survive. While in a lot of ways that’s great — not all of us are talented at knitting or sewing or hunting — there is this missing element for a lot of people where they feel that disconnect and want to make something.”

McLellan, who started out as a blogger at AOL’s now-defunct SlashFood vertical, focuses specifically on small-batch preserving. Based in Philadelphia, she started Food in Jars in early 2009 as a way of combining her writing skills with her love of food. She sees the passion for canning and preserving as a kind of organic response to the rise of digital culture.

“There is something to be said for finding that one thing that allows you to reconnect with that making side of our humanity,” she says, “and for some people, they have turned to canning and preserving as a way of satisfying that ‘making’ role.”

Ivy Knight concurs. The Toronto-based food writer and author speculates the explosion of popularity in canning and preserving is, in part, a reaction to, and an embrace of, digital culture. “[The younger generation] live[s] their lives online, but they’re having some sort of old-fashioned attachment to something that’s authentic and not mass-produced,” she says.

The proliferation of food culture online has inspired many to turn their dual loves of preserving and blogging into full-fledged careers. Although she has a Master’s degree in writing and does freelance work that isn’t specifically food-related, McLellan has a full-time career as a food preserving expert, which involves maintaining her blog, conducting in-person workshops, and writing books.

“To be perfectly honest it was dumb luck,” she says. “I wasn’t trying to capture a movement or be at the front of something. It was just my own interest in it and right at the time I started doing it, it kind of exploded. I feel lucky to have been and started where I was but it wasn’t strategic.”

In addition to managing about.com’s food preservation forum, Sean Timberlake runs Punk Domestics, a website where users can interact and exchange recipes specifically focused on canning and preserving. Created in 2009, the website was borne out of what the San Francisco-based writer calls “this creative hole that needed to be filled.”

Timberlake had been running his own personal website, Hedonia, as a sideline to his original full-time job in product management, though he’d also done work in travel writing. “I realized that every time I wrote about destinations, I wrote about food,” he recalls, “ it was the lens through which I saw and experienced things.”

Julie Grice, who runs Savvy Eats, started her blog in 2009 as well, and came to focus on canning and preserving within the last two years. Though she has a degree in food sciences, she decided early on that she “didn’t work to work in processed foods,” and turned to writing and sharing recipes, with a keen focus on local foods and purveyors. Savvy Eats grew, she says, out of a desire to blog, as well as a desire to share the inspirations she found in her home in upstate New York, where she has easy access to farmers and local butchers.

“The area we were in was very focused on local foods,” she recalls, “and a lot of farms that had their own produce. I was really interested in working with foods I could get locally and in season, and the best ways to save them was in canning. Space at the time was a freezer on top of the fridge, so freezing berries was doable.”

McLellan has overseen the growth of popularity of this kind of small-batch preserving with Food In Jars, which concentrates on those with limited space but a large passion for preserving. She notes that there are four demographics who tend to show up to her workshops: young women; new mothers who want to make homemade baby food; older, empty-nesters who are more accustomed to preserving in large batches, and men, who are, she notes, primarily interested in intense forms of preserving, such as pressure canning for chili or, for hunters, freshly-caught meat. (Men are also particularly fond of preserving pickles, she says.) 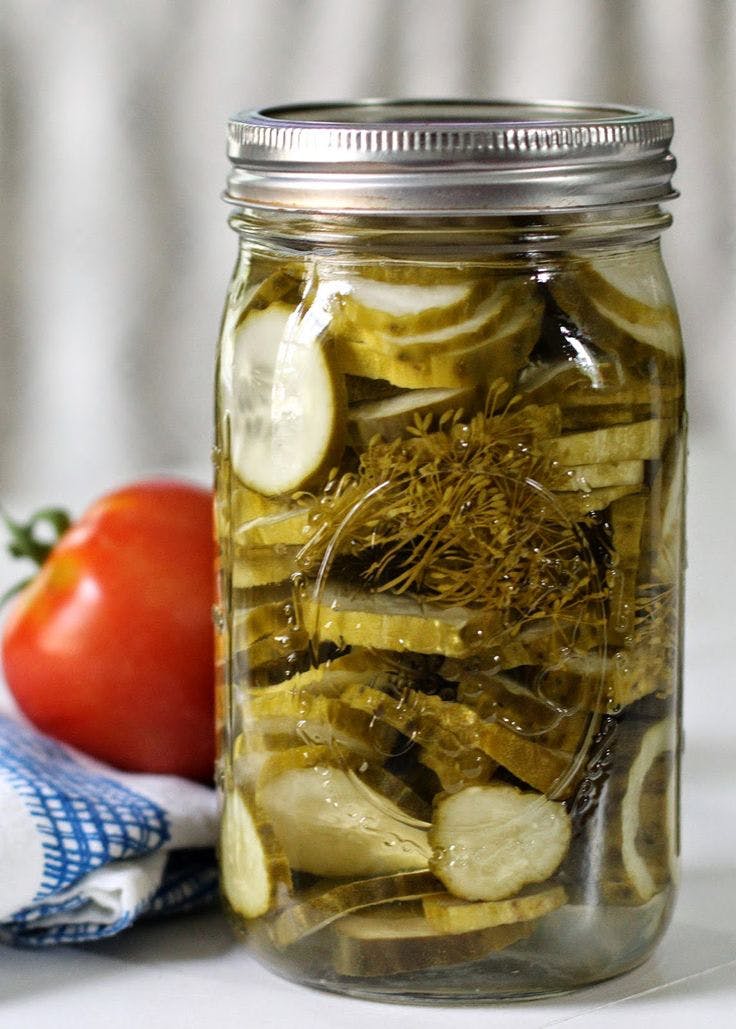 The explosion in pickle-preserving is something Ivy Knight has noticed as well. The author hosts a weekly food bash called 86’d at Toronto’s Drake Hotel, where, on any given Monday night, attendees can sample local fare, with a focus on local food and sustainability.

“One of the first events I did [in 2009] was a pickle battle that was open to chefs and amateurs,” she recalls, “A lot of my chef friends, they do preserves as part of the job. I didn’t know what to expect in the amateur category, but it was insane! I think there were over 20 amateur entries. And it was mostly people who were middle-aged and older. But I’ve been watching the demographic get younger and younger every year.”

Another thing driving interest in preserving is economics. Put simply, it’s just cheaper to can or preserve your food than it is to buy it in a store. In 2009-2010, when many preserving blogs came into being, the U.S. was enduring a massive financial crisis. As Timberlake notes, “people had lost their jobs [and] had more time on their hands and less money to do things with. There was an awareness to save money and have a pantry-full of things to eat using what they had.”

But there’s a clear line of demarcation between the foodie-fan dilettantes and the long-term committers who preserve their own food out of economic necessity. The kerchief-haired hipster shopping at the farmer’s market and Instagramming every single piece of produce usually isn’t the same person who preserves their own food due to financial hardship. Someone in the latter category simply wants to know how to preserve one hundred pounds of tomatoes for the winter, or how to make a delicious, nutritious jam for your kids, at a low and sustainable cost. 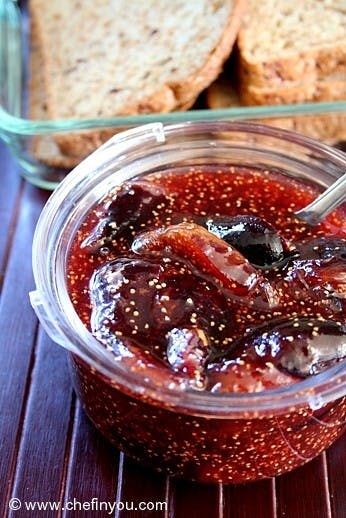 Online food fans tend to flock to magnetic personalities, and many in the blogging world have created personas in order to drive numbers and business. Timberlake’s Punk Domestics maintains an overall fun feel while encouraging the punk-like DIY aesthetic of users contributing recipes.

McLellan rejects the notion that she creates a persona on her own website, but she’s quick to note its usefulness for other food bloggers.

“I don’t want to be a character in my blog,” she says plainly, “but with, for instance, Smitten Kitchen, people reference Deb ([Perelman], people love her, and they love her because of the personality she puts on the blog. She has commodified her own quirks as a human and I think for her, it’s really worked, but that’s not something everyone can do.”

“I am never motivated by what’s going to get more clicks or, like, “PINTEREST IS GOING TO LOVE THAT!” I’m just not motivated by that,” she says. If I’m not interested, if it’s not something that’s intriguing or interesting or something I want to eat, I can’t make it, and I can’t write about it. […]  That’s where I’m coming from.”

Timberlake concurs. “There’s nothing wrong with Instagramming your lunch if you want to share the joy with other people, I enjoy it more when people go beyond that and get into the nitty-gritty, the recipe, the history, anything that gets under the skin of the food.”

As for where the online preserving community is headed, that’s anyone’s guess. Corporations saw the potential long ago, but some bloggers are questioning their role in the overall online food-blogging ecosystem.

“I do feel like we are over-concerned with food,” McLellan says, “which might sound funny coming from someone who reads 250 food blogs a week and writes about it and writes cookbooks and thinks about it all the time, but I feel like we’re losing the essential thing, which is, it needs to be good, it needs to not take too much time, and it needs to be sustainable. And I feel our approach to food right now is not sustainable and I’m not sure how to make it sustainable, and I know even “sustainable” is a buzzword, but how do we do it? I don’t have an answer.”