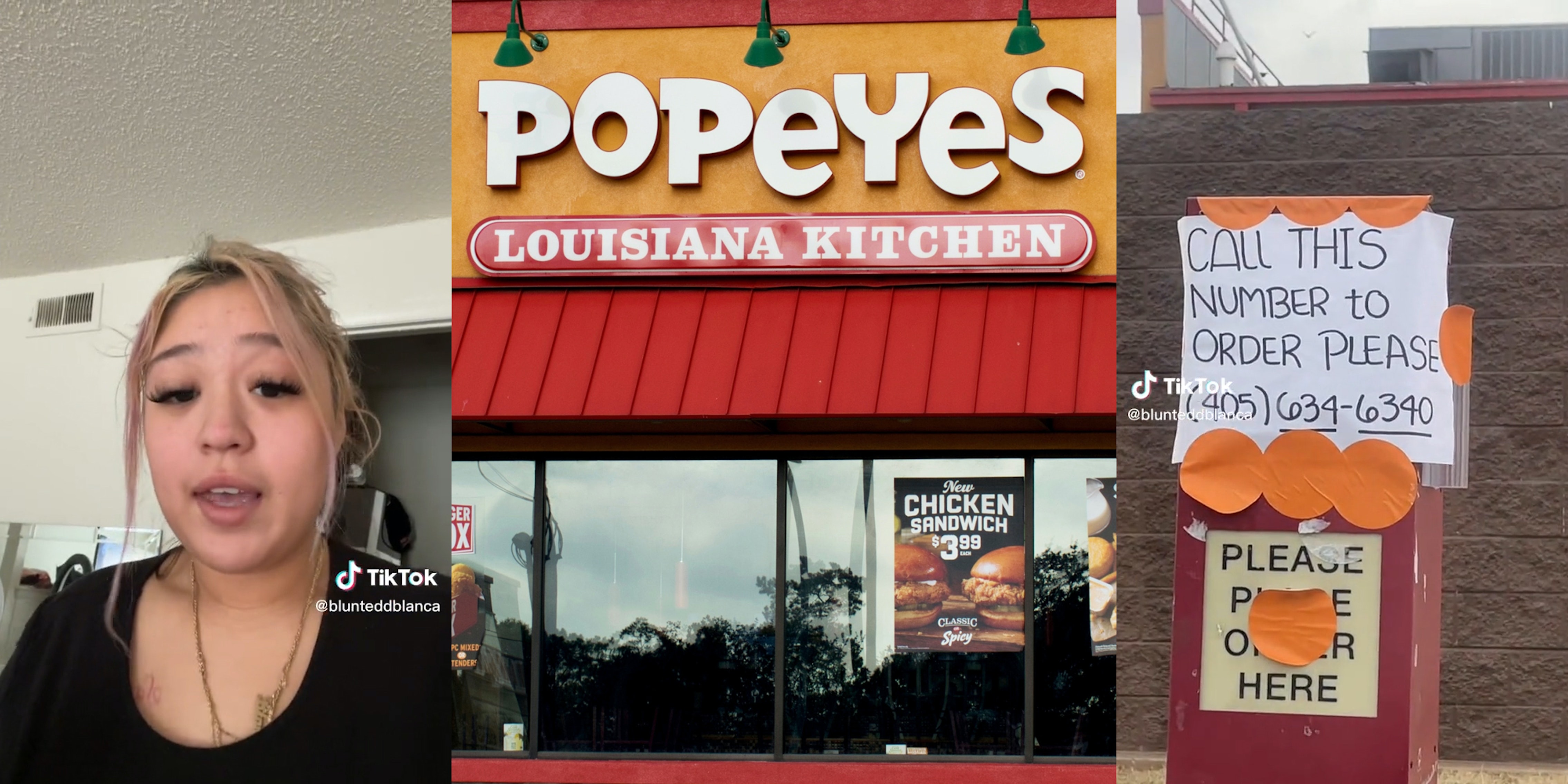 ‘They ain’t answer’: Customer has to call phone number when Popeye’s drive-thru microphone is down

'CALL THIS NUMBER TO ORDER PLEASE.'

A user on TikTok has sparked discussion after sharing their local Popeye’s solution to an issue with the drive-thru microphone.

In a video posted by TikTok user Blanca (@blunteddblanca), she shows the Oklahoma City-based Popeye’s, which has stuck a sign on its drive-thru box reading, “CALL THIS NUMBER TO ORDER PLEASE.” This is followed by a phone number.

Blanca then shows video of the call taking place and her receiving her food.

“Ghetto AF but bag secured,” she says at the end of the video.

While Blanca seems to have posted the video to note an interesting incident, TikTok commenters instead appear to have flooded the number in the video with calls of their own.

“They ain’t answer,” stated another.

“I CALLED AND IT KEPT RINGING,” alleged a third.

However, Blanca says that it was not only her own video but other videos and photos from Oklahoma City residents that might have led to the influx of calls.

“They prob caught on to people here in okc posting they number,” she wrote in a comment. “gotta find another Popeyes now.”

Some questioned the method, saying that this situation could have been avoided had they simply instructed drivers to pull forward.

“Why wouldn’t they just say pull up to the window,” asked a user.

For Blanca, she says the phone number in lieu of a working microphone scared her off the first time — but she couldn’t stay away for long.

As she summarized it, “I did [leave] the first time but sum bout that spicy sandwich conquers my soul.”

The Daily Dot reached out to Popeye’s via email and Blanca via Instagram direct message.