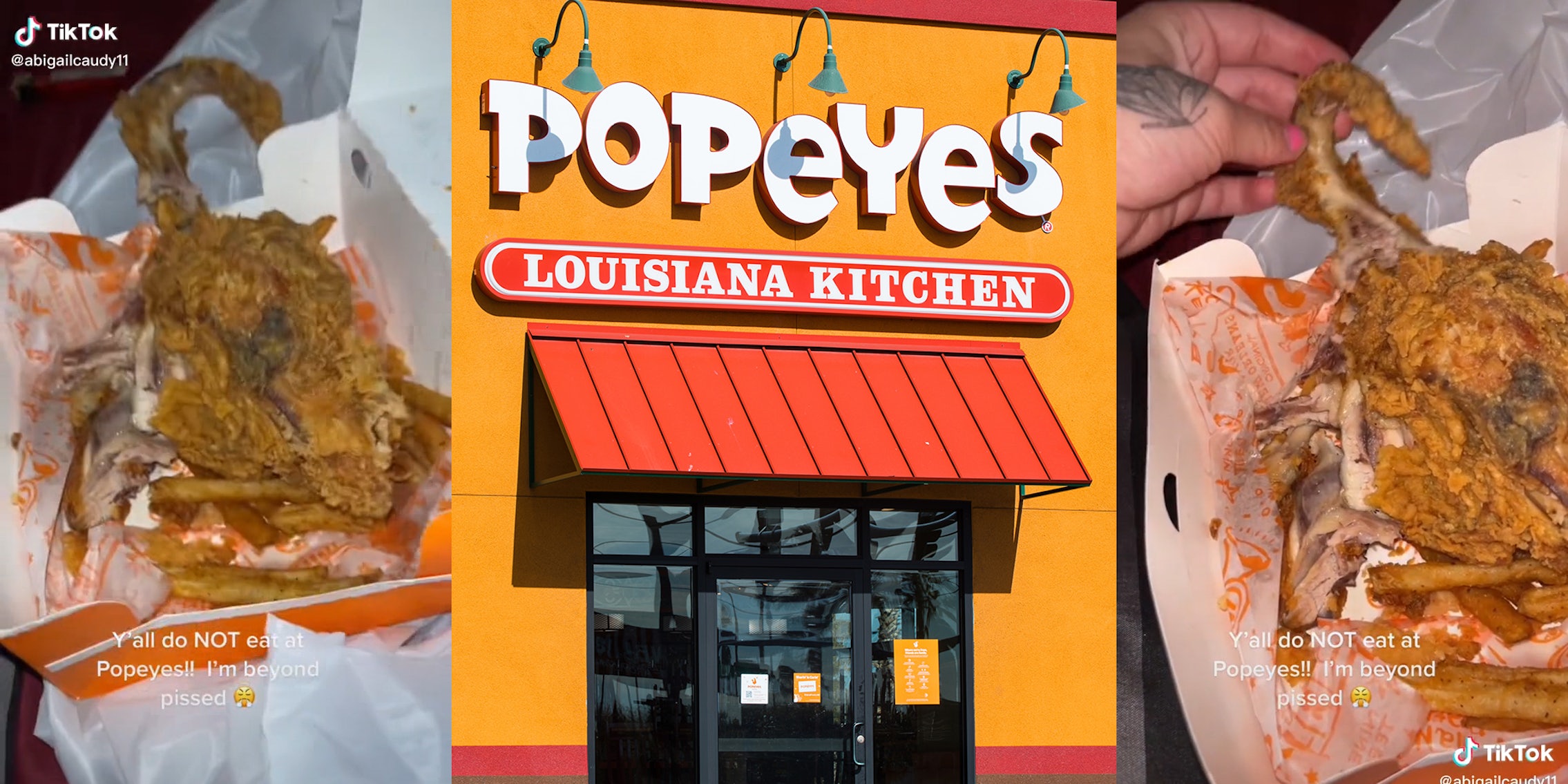 ‘They fried me up a freakin’ rat, y’all?’: Woman claims to have found fried rat in Popeyes meal

A Popeyes representative said they are 'confident' the woman's meal contained no rodents.

A woman went viral on TikTok after claiming to have discovered something in her Popeyes meal that she alleged was not chicken, but rather, a fried rat.

User Abigail (@abigailcaudy11) records her opened Popeyes box where a large object suspiciously in the shape of a rat sits above a half-eaten bed of fries.

This isn’t the first time someone has claimed to find a fried rat in their fast-food meal. This draws on a longtime urban myth of the “Kentucky Fried Rat,” a debunked claim that a customer received a deep-fried rat in their KFC order. While a Popeyes customer alleged to have found a fried rat head in her order in 2016, her claim remains unproven, per Snopes.

Another viral TikTok video shared last year revealed a rat-infested kitchen in a Washington, DC Popeyes, which led the location to be permanently closed due to health code violations, according to the New York Post.

In an email to the Daily Dot, a Popeyes representative stated that they are “confident that no rodent is featured” in Abigail’s chicken.

“Popeyes® takes food safety and cleanliness very seriously,” they added. “Our teams are working with local franchise owners to further investigate the culinary preparation that may have resulted in the poor presentation of this chicken.”

Abigail has deleted her video, which was shared Oct. 18 and garnered over 2 million views.

“Ok, so tell me why I ordered some chicken and got home and they fried me up a freakin’ rat, y’all?” Abigail asks her followers in the video, picking the meat up by a long fried piece that resembles a tail. “What the hell?”

She issued a warning in the text overlay, “y’all, do not eat a Popeyes!! I’m beyond pissed.” She claimed that she intends on suing in the caption.

The video sparked several questions in the comments.

“How she got that far into eating it and then noticed,” one viewer asked.

“and you ate it???” another inquired.

Others suggested Abigail call the health department or keep the food to have it tested. Some argued that the meat Abigail received was not a rat, but rather other parts of a chicken, like a neck or a spine.

The Daily Dot reached out to Abigail via TikTok comment.