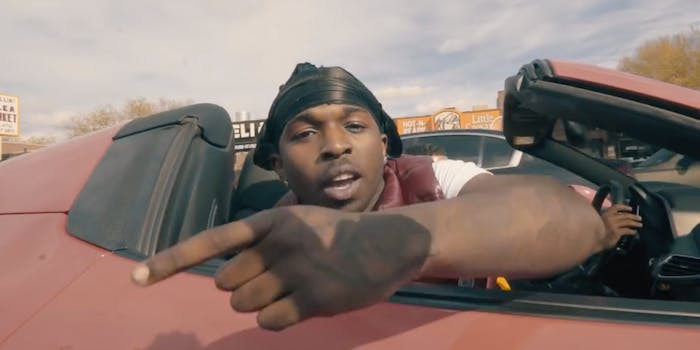 The Brooklyn rapper was in Los Angeles.

Rapper Pop Smoke, an emerging hip-hop artist from Brooklyn, New York, was reportedly shot and killed Wednesday in a Hollywood Hills, California, home, according to multiple law enforcement officials, as initially confirmed to TMZ. He was 20 years old.

The Los Angeles Police Department says the shooting was reported around 4:30am PT as multiple suspects broke into a home located near the intersection of Laurel Canyon and Hollywood boulevards. The unidentified suspects shot the artist, born Bashar Jackson, and fled the scene. The artist was transported to a local hospital where he succumbed to wounds from the shooting.

The event hasn’t been ruled as either a targeted or random attack. However, sources told ABC News that detectives believe the shooting was likely gang-related.

Pop Smoke had been previously connected to gang members. Local authorities are examining whether the killing was connected to his recent arrest by federal prosecutors in Brooklyn. He was accused of stealing a 2019 Rolls-Royce he borrowed for a music video in California. The car was found in front of his mother’s residence. Out on bond, he was allowed to travel to Los Angeles.

Many on social media immediately questioned TMZ’s incredibly swift reporting of Pop Smoke’s death. The publisher obtained a brief video of the rapper being loaded into the ambulance as CPR was being performed.

It marks the second time within a month that the news platform has come under intense scrutiny for the release of details, dating back to the demise of Kobe Bryant, his daughter Gianna, and five others in a helicopter crash last month.