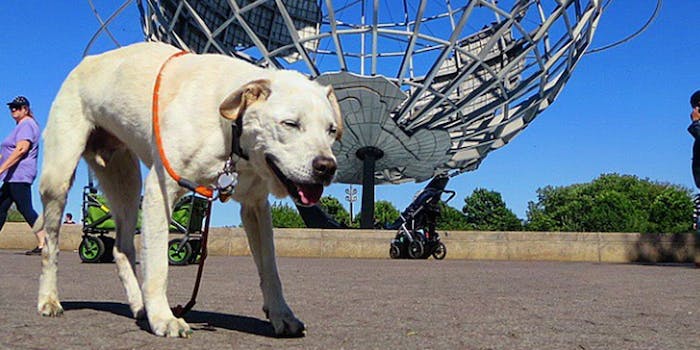 I rarely cry. This isn’t some macho declaration; it’s just not really in my wiring to cry that much. But when I heard about Poh the Dog, let’s just say I’m glad I stocked up on tissues from Costco this weekend.

Poh doesn’t have much time left. He was diagnosed with a terminal illness earlier this year, and his owner, Thomas Neil Rodriguez from New York City, has been taking him on a “bucket list” tour of the country. It’s all captured on Instagram in its full tragic, beautiful glory.

When the water first touched my paws I was super confused, but by the end of the day I was swimming like leaonardo Dicaprio in a sea of women. My first experience in the ocean was so great, I've been running around with so much energy, it's like I'm only 35 in dog years again :) #pohthedogsbigadventure

Not a lot of pet owners have the privilege of anticipating their furry friend’s departure. But Rodriguez has made the best out of Poh’s final days, creating something beautiful that is sure to put a smile on millions of people’s faces.

I spent my day doing this. #pohthedogsbigadventure at Fort funston in the bay. I don't think I rather be anywhere else.