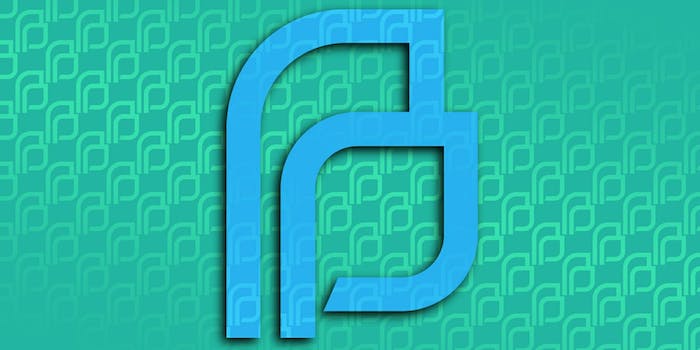 The Kansas woman is shocked by how little things have changed.

On Sunday night, a former employee of Planned Parenthood shared on Twitter her experiences working for the organization, reinforcing the unfortunate truth that violence and threats are nothing new.

Bryn Greenwood, a Lawrence, Kansas, novelist, worked at a Kansas Planned Parenthood location from 1996 to 1999 and endured death threats, gunshots in the windows and stink bombs in the ventilation. In her tweets, Greenwood describes what she experienced at her job as “terrorism”:

I worked at a #PlannedParenthood clinic in Kansas for 3 years. My coworkers & I were subjected to the following acts of terrorism:

Butyric acid (used as a stink bomb) was poured under our doors & into ventilation system so many times I lost count. Clinic evacuated.

We received hundreds of phone calls, threatening to torch our clinic & to kill the "murdering whores" who worked there.

3 times someone drove by at night & shot out our windows. Picketers stood on the sidewalk & harassed employees as we swept up broken glass.

This is far from the first time groups have committed hateful acts against Planned Parenthood akin to terrorism. While the Anti-Defamation League says that violence against the health centers spiked in the early ’90s, they wrote in 2012:

“Anti-abortion violence has actually remained a consistent, if secondary, source of domestic terrorism and violence, manifesting itself most often in assaults and vandalism, with occasional arsons, bombings, drive-by shootings, and assassination attempts.”

These manifestations are consistent with what Greenwood said she experienced at her Kansas location. Yet perhaps the most shocking part of her story is that the center where she worked did not actually perform abortions. But that didn’t shield its patients or employees from threats.

Our clinic offered free & low cost services in a low income neighborhood, but every day the "pro-life" movement tried to frighten us.

Anyone who approves of harassing clinics is giving support to terrorism. #StandWithPP

Greenwood also mentions in the course of her tweets that at this time, she was volunteering for the late Dr. George Tiller, a Wichita healthcare provider who, until 2009, was one of few doctors in the nation to perform late-term abortions.

Dr. Tiller kept coming to work after he was shot, because he was a caring man who knew how important his work was.

Abortions are still provided in Dr. Tiller's old clinic, because that's how you respond to terrorism. We can't let them win.

President Obama, who had been in office not even five months at the time of Tiller’s murder, issued a statement: “However profound our differences as Americans over difficult issues such as abortion, they cannot be resolved by heinous acts of violence.”

But more than six years later, the violence continues. In 2015 alone, three Planned Parenthood centers (aside from the recent attack in Colorado) have been targets of destruction. A center in Pullman, Washington, was set aflame in early September, and a Thousand Oaks, California, location was similarly attacked a few weeks later. A center in Claremont, New Hampshire, was also heavily vandalized in October.

Lauren C. Anderson, who worked for the FBI when the National Task Force on Violence Against Health Care Providers was formed in 1998, recently told the Daily Dot that, “There has been a long history of arsons, bombings, attacks, but they tend to ebb and flow.” She also called the type of violence seen on Friday as “cyclical,” and says it has ramped up in the wake of controversial anti-abortion videos released earlier this year by the Center for Medical Progress.

Greenwood expressed that it wasn’t even the idea of abortions that threatened Planned Parenthood opponents: It was the idea of a safe space for women.

Some people asking, "Why target a clinic that didn't do abortions?" Because we were a safe space for women & LGBTQA people.

Because we understood that not everyone could afford to pay. Because we didn't make people feel ashamed.

The Daily Dot reached out to Greenwood and did not receive a comment by the time of publication.

Update 3:34pm CT, Nov. 30: Greenwood got back to the Daily Dot with additional thoughts on what it was like to share her story, and the feedback she’s been getting since Sunday night:

“I’ve never talked publicly about my time at Planned Parenthood, probably because it all happened in the pre-digital dark ages. By the time blogs, Twitter, Facebook, etc. became big, it was long past. Knowing some of the horrible things that other clinic employees have experienced, I’ve always felt like what I saw was pretty minor. So I’m somewhat surprised that it provoked such a response. Overwhelmingly, people have been positive and supportive. They believe that women need access to all health care options, and are extremely upset about the attack in Colorado. They know that Planned Parenthood is a caring organization that provides safe facilities. Seeing that is a great feeling. I loved working for PP and believe they are doing important work.

Although my Twitter and my inbox are both disaster areas right now, I don’t regret sharing. Obviously, as a former PP employee, it’s less problematic for me to describe my experiences than it would be for current employees. I think it’s important for people to know the kinds of obstacles that are being created for women to access health care.”