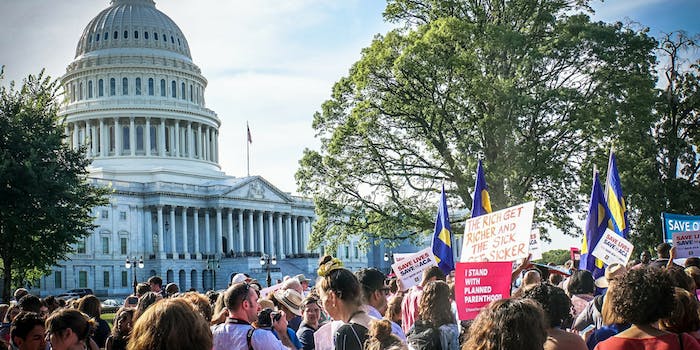 The Trump administration wants providers to promote the rhythm method.

Planned Parenthood and the American Civil Liberties Union (ACLU) filed separate lawsuits against the Trump administration on Wednesday, asking for changes to Title X federal funding announced by the Department of Health and Human Services (HHS) to be blocked, NPR reported.

In February, the department’s Office of Population Affairs issued a guidance called a Federal Opportunity Announcement that called for changes in requirements for healthcare providers applying for Title X family planning grants.

The office’s guidance stated facilities applying for Title X grants should be able to provide evidence that they are in line with HHS’s priorities, calling upon family planning services to include “natural family planning” and “fertility awareness” known as the rhythm method. The guidance also places emphasis on “the benefits of avoiding sexual risk or returning to a sexually risk-free status, especially (but not only) when communicating with adolescents.” The announcement makes no specific mention of contraception.

The lawsuits also come days after 200 congressional Republicans and 86 anti-abortion advocates sent letters to HHS urging the Trump administration to further cut Title X family planning funding from Planned Parenthood and other organizations that provide abortions. (It should be noted that Title X funding has never covered abortion procedures.)

What the Title X grant program does do is subsidize services for contraception, STI and STD testing, and breast and cervical cancer screening. Grants are awarded to the most qualified healthcare providers in specific communities, meaning that if Planned Parenthood clinics are granted funds under the program, they’ve proven themselves as better providers than other local clinics.

Reproductive justice advocates with Planned Parenthood and the National Family Planning & Reproductive Health Association (NFPRHA), the latter which filed the suit with the ACLU, warn that changes to the Title X program risks the health of low-income patients by prioritizing “natural,” abstinence-focused methods of contraception over other birth control methods, along with other services such as testing and screenings.

According to a statement from Clare Coleman, president and CEO of the NFPRHA, Title X was created in response to “President Richard Nixon’s proclamation that ‘no American woman should be denied access to family planning assistance because of her economic condition.'”

“This is a radical shift, and the way the FOA is written, it just flies in the face of the best medical practice,” Tanya Atkinson, president and CEO of Planned Parenthood of Wisconsin, said in a statement. Wisconsin is one of three affiliates represented in the suit, along with Utah and Ohio.