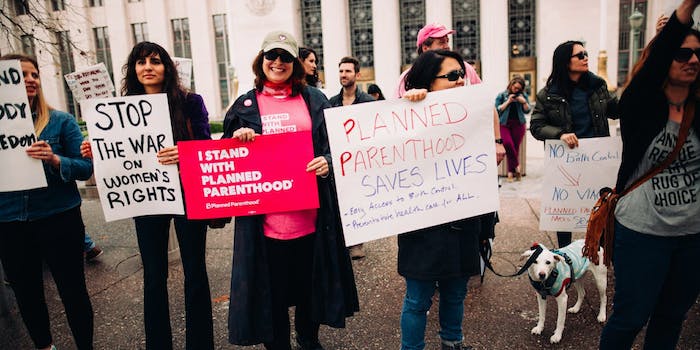 In all 50 states, Planned Parenthood has geared up to work with activists and lawmakers to combat anti-abortion policies through new legislation.

According to Planned Parenthood executive vice president Dawn Laguens via Jezebel, this planned initiative is the next “phrase of offense” in the effort to expand abortion access nationwide.

In partnerships between Planned Parenthood and groups such as Michigan’s Progressive Women Caucus and Tennessee’s Latino Memphis organization, Planned Parenthood will be pushing legislation that addresses disparities in birth control coverage, access to menstrual products, abortion access, and more.

Danielle Wells, Planned Parenthood’s assistant director of state policy media, doubled down on the family planning organization’s mission to reach every state, saying legislators in states such as Michigan, Oklahoma, and Kansas are unveiling a package of bills for abortion and contraceptive access this week. Meanwhile, in states with more support for reproductive rights, such as Hawaii and Rhode Island, the organization is also pushing for lawmakers to better codify protections for pre-existing abortion laws and continue to push for greater reproductive healthcare access.

“What we’re seeing now is really the next phase of the resistance,” Wells told Jezebel. “For the past year, people have been marching and mobilizing and organizing, calling their lawmakers, showing up to rallies, showing up to town halls. And it’s thanks to that energy and activism that today we’re channeling all that energy into real policy change.”